Hey guys what is going on, it’s RSivak back with an absolutely amazing Tournament deck I’ve been playing with. It has been an absolute terror in tournaments and even helped me push to a new trophy high!

Let’s get into it. 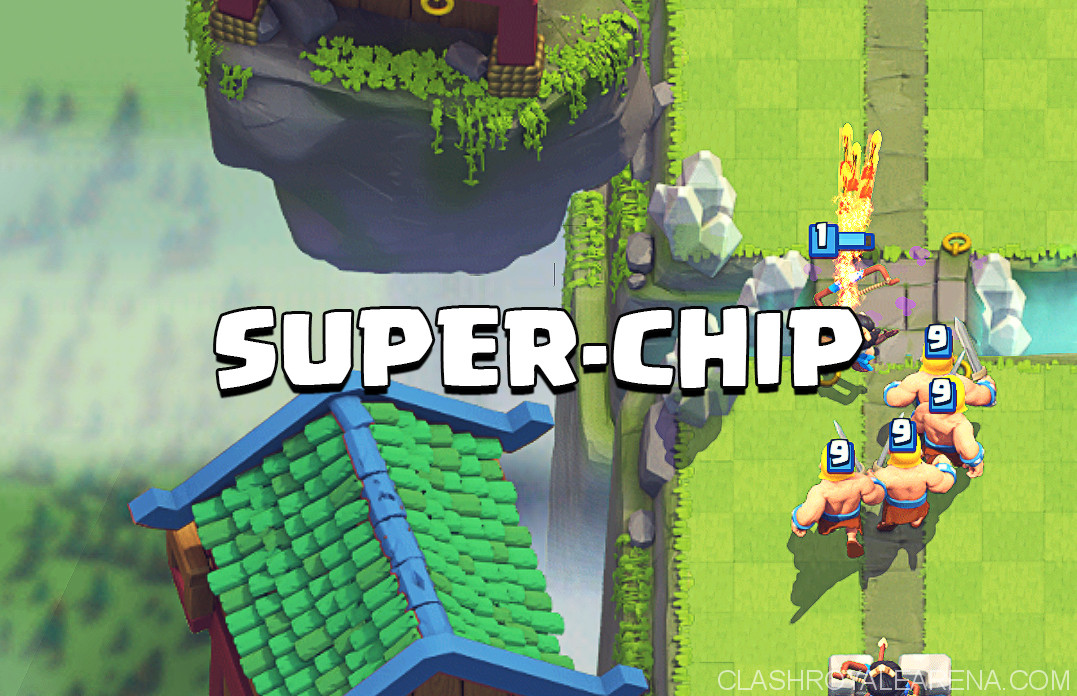 Princess: Siege card, the Princess is great at sieging down towers and forcing a response. She is also a great bait for The Log, Arrows and Fireball, which are all the biggest counters to some of your damage cards below.

She is perfect for finishing off a tower at the end, dealing 140 damage and when you play her, all those shots will add up to hundreds of damage.

The Log: Goblin Barrel counter and overall one of the best and most overused legendaries right now due to it’s cheap cost and versatility.

The Log is a perfect card to kill Princesses, Goblins, Fire Spirits, Guards (kill their shields) all for an equal or positive elixir trade.

Miner: My all time favorite Legendary and your tank for squishy troops. He can dip anywhere in the arena to kill Elixir Pumps and finish off Princesses. He is perfect for chipping away at an enemy tower and dealing massive damage combined with Goblin Gang, Minions, or Barbarians.

Ice Wizard/Electro Wizard: The original deck I noticed had Ice Wizard, and since I didn’t have it I substituted the Electro Wizard in and he does a good job. The main job of this slot is a defensive mage that can slow down pushes while dealing some damage, and since I find Ice Wizard to have such a low damage output I think Electro Wizard is a better substitute. Whichever one you use, they should be used for defense, and halting enemy pushes.

Zap: Still a great spell card as The Log cannot hit air troops, Zap spell is great for weakening Minion Horde, and killing Skeleton Armies in a pinch. Not much else to say, still one of the most useful cards in the game.

Minions: Minions are amazing at air defense and offensive, they can usually target a lot of troops without taking damage and they have a very high DPS.

Combined with a Miner at the tower, even if the opponent Zaps it won’t kill the Minions allowing you to deal hefty damage or elicit a stronger response from your opponent.

Barbarians: Your defense card, Barbarians will shred through any of the pushes they send, taking down Hog Riders, Giants, Golems, Giant Skeletons, and of course Elite Barbarians.

They are best reserved for defense, but once they are done defending you can pop up a Miner at their tower and if they don’t have a strong defense or they overcommitted then they might take some heavy damage.

A lot of games can be won when you play your Wizard in the back to start the defense and they Fireball it, leaving you open to defend with Barbarians and then counter push.

Goblin Gang: I didn’t use this card that much when it came out, but I find it to be an amazing card.

It is super versatile and deals heavy damage by itself, but when paired with the Miner it can completely bring a tower done, even if only the Spear Goblins survive, I’ve seen Towers go down to half health from a Miner and the 3 Spear Goblins left from the Gang.

It is just as amazing as Barbarians on defense, they have such a high DPS for such a cheap cost, but The Log can completely take them out and if you play overleveled opponents then their Zap might even kill the Stab Goblins.

A great start is a Princess in the back and seeing how they respond, if they Log her then I go Miner Goblin Gang if I have it, if they Arrows her then I try a Miner Minions push.

If they are wasting their spell cards on your Princess then it gives you the chance to send out a nice little Miner Minions, or Goblin Gang push.

If they drop a Golem or P.E.K.K.A in the back then you can rush the other and force a response or take a tower.

The key is to play this deck like a chip deck with strong defensive capabilities.

Barbarians will end up being the brunt of your defense. Tanky, and good damage they will chop thru most tanks and supports. If their Tank is being supported by a Wizard, Bomber, Witch, or some other splash damage card, then just drop Barbarians on the support, making sure to completely surround them to maximize damage taken. The Barbarians will then turn around and chop up the tank and you could have a strong push with Miner if they can’t respond well.

You want to keep changing Miner placements and keep sending out small pushes often, make sure you keep your Barbarians for Royal Giant, Elite Barbarians as they will be your best counter.

Always have enough elixir to defend anything, it will be the best way to win if you can keep up your elixir and make sure you don’t overextend or clump all your troops allowing one Fireball to decimate them.

Once you have dealt some decent damage to a tower, you can start dropping the Princess off at the bridge to get some chip damage in and force them to keep spending elixir on defense and not allow them to build any pushes.

A lone Goblin Gang can be a strong card, it can deal hundreds of damage, so if your opponent used The Log on the Princess and you don’t have Miner in your hand you can just drop a lone Goblin Gang and they will have trouble countering for a positive elixir trade.

Make sure you Miner down their Elixir Pumps, if they drop a Elixir Pump in the center in front of their King Tower, I like to drop a Miner on the Pump and rush both lanes, one with Minions and the other with the Goblin Gang, its high risk but it can deal tons of damage on both tower if they react to slow.

3 Musketeers: The killer in this deck is the lack of Fireball, and 3 Musketeers can become a problem, make sure to not let them keep pumping and if they split the Musketeers, then drop Barbarians or Goblin Gang on the two and Minions on the other one. Usually difficult to play against, but all you need to do is stop them from pumping up.

Chip/Control: Chip/Control is very similar to this deck, and as a result more often than not you will end up with draws, your weakness against a chip deck is your Barbarians, usually there is nothing worth using them for and they might not be used at all. Just keep your defense up and don’t let too much chip damage onto your tower.

Lava Hound: Lava Hound decks, specifically LavaLoon can be challenging when first playing but you have a lot of air control in this deck, and usually, Zap + Spawn Zap of Electro Wizard kills off Minions, and the Hound doesn’t do much damage itself. Just make sure you have enough on defense and maybe sideline Minions to a defensive role, and use Barbarians more offensively. Princess comes in real handy on the other lane they are pushing in.

Royal Giant: Not really a major problem, Barbarians cut thru him, if they have Furnace or Fire Spirits, then Zap them, supplement with Electro Wizard if you need more help.

Elite Barbarians: Barbarians, Goblin Gang, Electro Wizard, not a threat at all. Make sure you keep enough elixir in reserve for defense.

Beatdown: This deck is going to beat on beatdown decks. You have such a strong rock solid defense oriented cards, and your speed and chip cycling allows you to usually out cycle and eventually out damage them.

Overall: Biggest problem I face is deck with 3-4 splash unit cards, they can be an absolute menace and you have to play carefully. But decks with 3-4 splash units is unusual so it’s not that big of a threat especially in Tournaments which this deck seems to be made for.

Alright guys, hope you enjoyed this cool deck guide and I hope you get some great trophy pushing or Tournament wins this deck. Later!