Hey guys, my name is CCY and today I will be talking about the Golem deck that got me to Legendary Arena with 22 straight wins.

I love the Golem as it is a very interestinig card. I have created over 20 different Golem decks and tested them out. After about a month, I have finally created the strongest Golem deck. Just today I had played it and won 22 wins in a row, and I’m not even kidding. 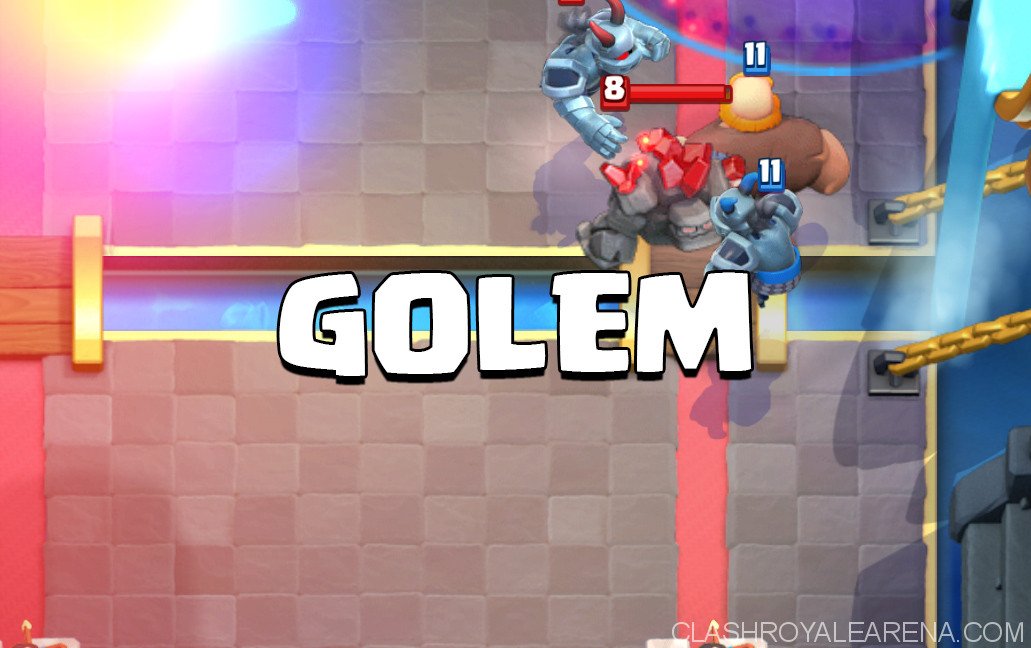 Golem – The Golem is the tankiest card in Clash Royale. He can absorb a lot of damage and its damage output is solid. This card is very expensive and slow, meaning you have to be careful when you place it, as opponents can rush you with Elite Barbarians or the Hog Rider. But once you have the Golem down along with some small troops behind it like Archers, it can deal a lot of damage, and the only hard counter against the Golem is the Inferno Tower and Skeleton Army. That is why the Lightning and Zap is in the deck.

Lightning – The Lightning Spell is very useful for kill powerful troops, along as damaging the crown towers, or buildings. Just remember one rule: only use the lightning if:

Mega Minion – The Mega Minion is one of the most overused cards in the game because is amazing at defense, especially killing support troops placed behind large tanks. For only 3 elixirs, you can shut down a Hog Rider, and then counter push using it as a support troop. It’s very versatile, decently tanks, and deals a lot of damage.

Furnace – The Furnace is in my opinion the best defensive building in the game, because it spawns spirits that can easily kill Skeleton Armies and Minion Hordes. It also makes your opponent have to deal with the Furnace because in tournament standard one Fire Spirit will always make it to the tower.

Archers – Archers are really good in this deck because they can shoot crown towers from behind a Golem, which will tank all the damage. Archers are also pretty good at killing air troops such as Minion Hordes, and Mega Minions. They are one of the best counters for the Inferno Dragon, stopping it from burning your Golem.

The Log – The Log is one of the best Legendaries in the game. It is very useful in many situations and it is very good at clearing the path for the Golem. It can kill Skeletons, Archers, Minions, Princesses, and basically any other small troop.

In the first 30 seconds of the game, you want to see what type of deck your opponents has. Play defense with the Furnace, Mega Minion, Skeleton Army, and Archers! Also try to make mini-pushes to bait out buildings to get a good sense of your opponent’s deck.

During mid game, when there are about 2 minutes left, try to quickly gain an elixir advantage by making positive elixir trades.

You will almost always win every major push because your Mega Minion can kill almost any defensive troop, and your Archers can kill troops from a distance, as long as your Golem is tanking your support troops.

After you take one tower (which you almost always will), decide if you want to play defense for the rest of the game, or try to get a 2 or 3 crown.

One very important tip I want to talk about is that it’s okay to allow some damage on your tower in order to build up a big push. In a lot of my games, my towers get damaged very badly because I don’t spend too much elixir defending. But instead, I have created a very large push that eventually 3 crowns my opponent.

Just today I was playing my Golem Deck, and both my towers had less than 1000 health left because I didn’t spend too much elixir defending it. But instead, I created a very large push consisting of a Golem, Mega Minion, Archers, Fire Spirits from my Furnace, and a ready-to-use Lightning. I instantly 3 crowned my opponent, as his only defense was an Executioner and Skeleton Army, which my support troops killed immediately.

Of course, that doesn’t mean never defend, even if a Hog Rider and Elite Barbarians are coming right at you. At the very least, put your Furnace down to soak up some damage while you create your large push.

Okay, that’s it for my Arena 11 Golem Deck Guide. Thanks for reading, and I hope you win many battles with this deck! 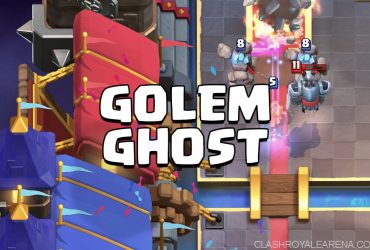 Greetings, clashers! It’s Inaros (Frisk Dreemurr in the comments, and Frisk Dreeemurr#4961 on Discord), here with the first (or is it the second?) installment of my “Frisk’s Exotic Wonders” deck … 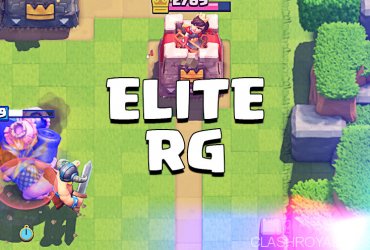 Hey, what’s up yo people! It’s Salty Ladder FTW here with a cancerous and powerful deck that I’ve been using! I made this deck myself (I swear, no copying from …