Hey guys it’s Zigge! Today I’m gonna be showcasing the leaked cards and give my opinion on them. Let’s get into it!

The first new card I’m gonna talk about is the Magic Archer. It’s the card that doesn’t have any card picture in the video.

In the video, its range looks like it’s either 7 or 6.5 tiles, the latter being equivalent to a Dart Goblin or Royal Giant.

From what I can see its hit speed is below 1 second.

The next card is Barbarian Barrel.

It’s kind of like a Goblin Barrel but has a weird landing technique where it lands a few tiles farther than where its cast.

It also does impact damage (!) similar to how Goblin Barrel used to do impact damage. However the damage is dealt where the barrel is cast, and not where it lands.

It’s a rare card and a maxed Barbarian Barrel will spawn 1 level 14 Barbarian! We don’t know the exact impact damage yet but it’s enough to kill an underleveled Magical Archer.

The third card is something along the lines of a Frost Warrior which has an interesting death mechanic (more on than soon).

But here comes the interesting part! When it dies a ghost spawns which deals 167 damage per swing (level 4) and has between 1063 and 1182 health.

From what I can see they both have s hit speed around 1 second.

The fourth and final card is the Sneaky Archer.

This card summons 1 Archer with pretty the same damage but a lot better attack speed (0.45s/hit).

That’s it for today guys! Stay tuned for more leaks in the future! 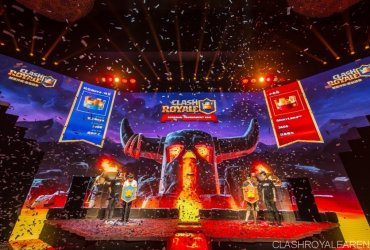 Hey guys it’s Ash and in this post I want to address some of biggest problems in Clash Royale and my opinions on how to fix them. As a major … 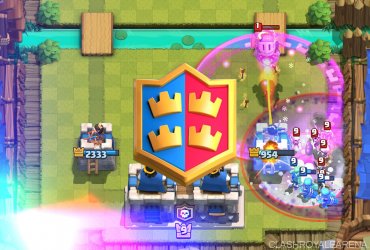 Best Tips for Winning 2v2 Mega Knight Challenge Mega Knight Tips Since he targets both troops and buildings, he can be distracted pretty easily. However, don’t place troops like Ice …