Hello guys, it’s huuaang! I am here to share with you my lava hound deck that pushed me from arena 4 to 7 as a F2P player. Many have argued that the new Legendary, the Lava Hound, is the worst legendary currently. I admit that it is hard to play with it, but with this deck, it can be used very effectively. Just 3 days ago, when I pulled it from a free Magical Chest drop, I have gained 600-700 trophies since. 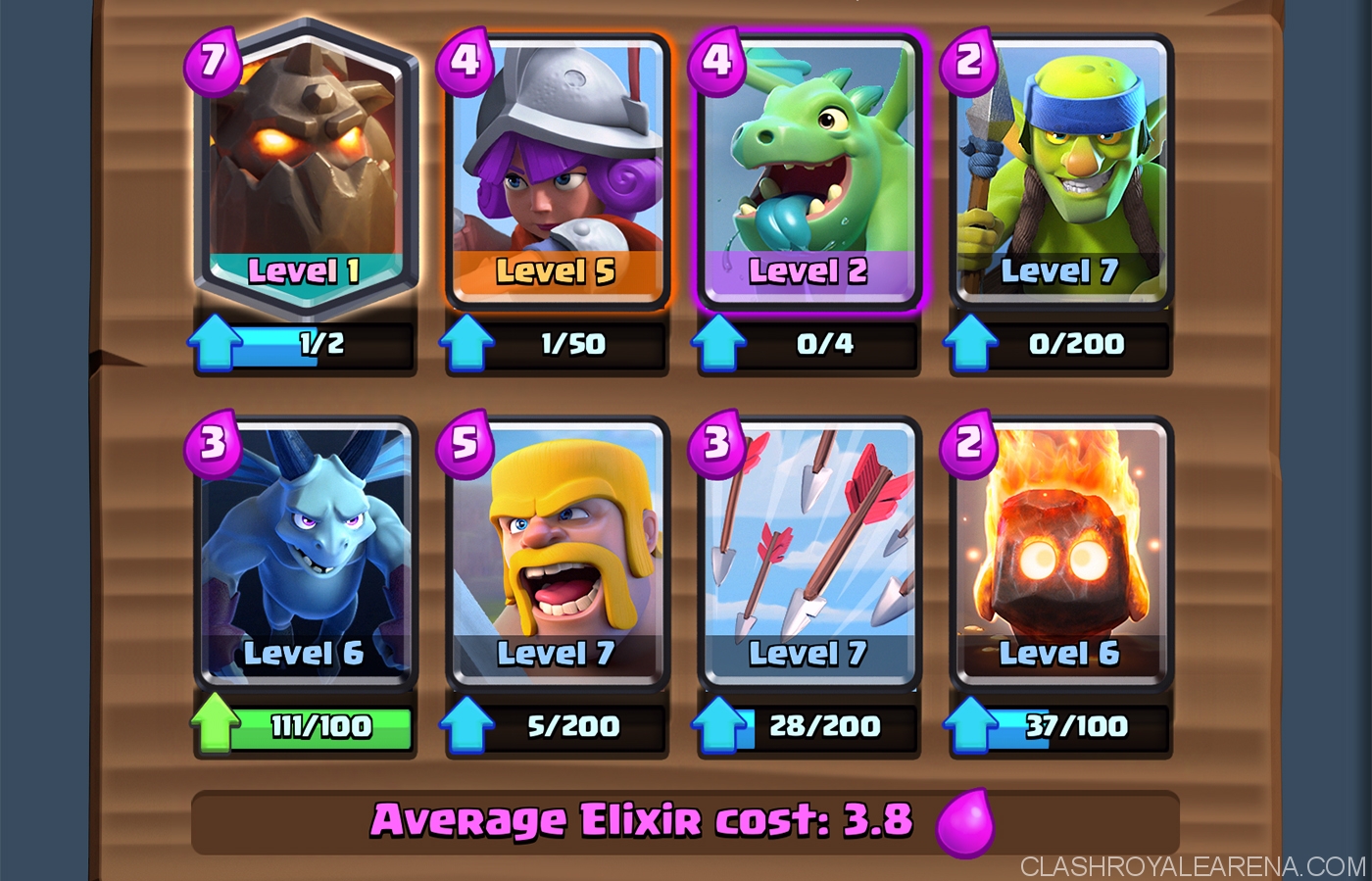 Lava Hound – The main tank of this deck. It is very hard to counter as it is an air troop. While it does not deal much damage, it shines very brightly as it is able to allow you to push for your other units.

Baby Dragon – Great AoE damage dealer. Should be used to back up the lava hound as your opponent will most likely use units to try and counter your Lava Hound. Very powerful with the Lava Pups after death in taking down a tower.

Musketeer – Wizard, Witch, AoE killer. The Musketeer will have a nice time bombing your tower while under the protection of your winged beasts.

Spear Goblins – Good unit that can be versatile in many situations. Can be used to draw your opponent into revealing a unit at the start of the match that you may be able to counter.

Minions – These 3 Elixir units are mainly used for defense. However, they can, again, be used to add to your push as a back up.

Barbarians – These 4 tanky warriors are part of your ground defense. They can be used to counter the infamous Hog Rider as well as the P.E.K.K.A and Royal Giant.

Arrows – Probably the most used spell in the game, Arrows are used to stop Minion Hordes, Goblins, Goblin Barrels, the whole lot. It’s recommended to have arrows to protect your Baby Dragon and Lava Hound from the Minion Horde.

Fire Spirits – Previously, I had a fireball in place of the Fire Spirits. The elixir cost backfired on me as I began to lose trophies. But the fire spirits have been a game changer. They act as Arrows or a Mini Fireball of their own, damaging Barbarians.

With the 3.8 Elixir cost, it is very manageable to cycle through the deck pretty easily. The deck itself has full of counters and great synergy that can be used to counter many other troops.

In the beginning, I open with Spear Goblins if I have them. The main thing is to cycle through and defend until you have about 9 elixir and have the Lava Hound and Baby Dragon in your hand. You place the Lava Hound behind your tower with the Baby Dragon quickly behind it. At this point, you should have an AoE card in order to back the push up. Add a Musketeer to the push and it’s game over for that tower. The many units you can put behind the Lava Hound allows your offense to be able to play defense as well. You can the save elixir as your opponent is spending theirs in order to defend your push. Rinse and repeat. This method is especially effective during x2 Elixir, but keep in mind how your opponent also has Elixir at that point.

Hog Rider + Freeze/Zap – Due to the lack of defensive buildings in this deck, I recommend putting down Barbarians out of freeze spell range as the best way to deal with the Hog Rider in this deck. If he manages to get to your tower, you can put down some cheap troops to deal with it. Remember, your opponent just spent 8 elixir on that push and will not have much elixir to counter your units.

P.E.K.K.A+ Wizard/AoE unit: Wait for P.E.K.K.A to cross your side of the river and then place barbarians right behind it to take care of the AoE unit behind it. Put spear goblins on the left or right side of the P.E.K.K.A so it would be distracted of it deals with your barbarians.

Double Prince: Have not played much against this kind of deck in order to have a great counter against it. Only thing I can recommend is to also use barbarians and minions to deal with both.

Defensive Buildings: Only defensive buildings that can target your air troops effectively is the inferno tower and Tesla to an extent. However, they can only target one troop. So as they your Lava Hound, you can use other troops to dispose of them.

Golem + Wiz: Same method as P.E.K.K.A and Wiz but Spear Goblins don’t need to lure it as the Golem only targets buildings.

Royal Giant: Place barbs on it. It won’t cross your side of the river due to the buff if it’s range. Your tower should be strong enough to only tank a few hundred damage.

First off, thank you guys for reading my first guide on this deck. I hope it brings greater effective use of the Lava Hound for the community who has not figured out how to play it. If there is something I have not covered in this guide, please let me know and I will try to answer as best as I can. 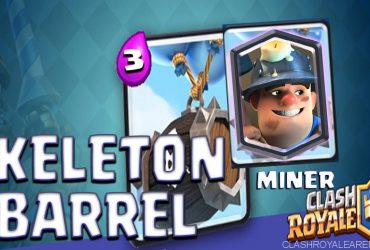 Hey guys! The Ice lord here with my 3rd guide! So I wanted a good miner poison deck, and after a lot of digging, I found this one on a … 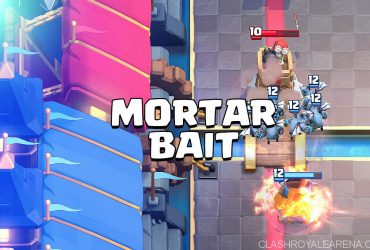 Hey guys! Nitrome95 here with a revival to my old Mortar bait Deck. I have seen this Deck played by a few Reddit Alpha players, so I decided to make …