This deck is great because it combines the amazing power of the Lava Pups with the Miner to tank dealing loads of damage.

I’ve grown to love this card and I love to try new Lava Hound decks because I love using the card so much. Let’s get rolling! 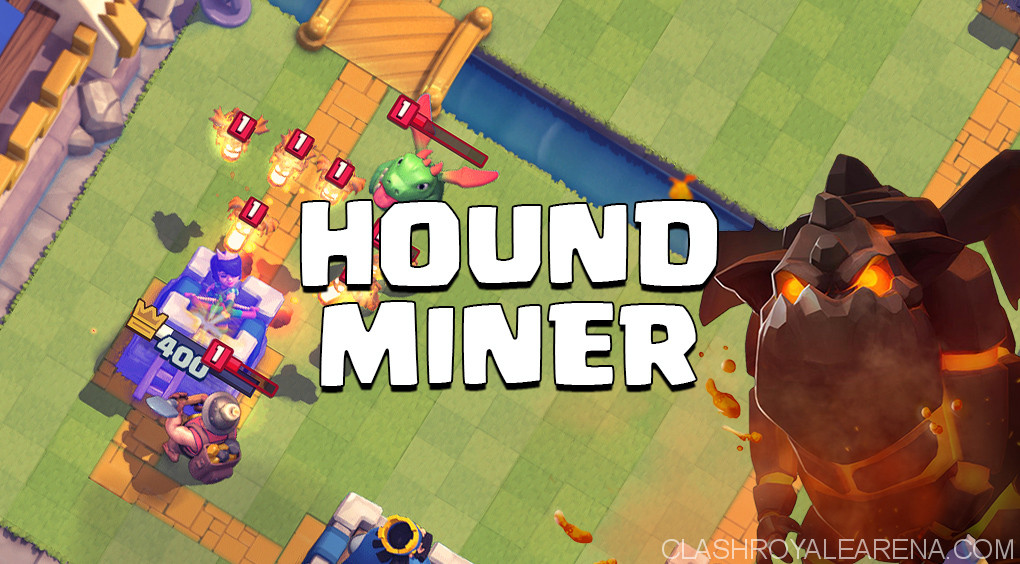 The main card of this deck, I remember when I first got this card I wasn’t exactly overjoyed (I was more annoyed), but I’ve grown to love this awesome flying tank.

Great at soaking up damage and then when it dies it does hundreds of damage.

Get it to the tower and drop off a Miner to tank and say bye bye to a tower.

Miner:  The second win condition, can be replaced but I wouldn’t recommend it.

I’ve tried Goblin Barrel, Ice Golem, Knight all of them work but the Miner’s ability to pop up anywhere on the field and tank make it a better choice.

Perfect card to tank in a pinch or take out Elixir Collectors. If you would like a Lava Hound as the only legendary deck try this one I made.

Minions: Cheap fast and spit dark elixir, these guys counter a wide variety of cards, or can supplement your offense behind the Hound.

Mega Minion: Not much to say, has become one of the most overused cards due to it’s damage and amazing defense capabilities.

It is a must have in Lava Hound decks because of it’s damage and ability to tank when the Pups pop.

Skeleton Army: Another great card to use, drop it off in front of the Hound if the opponent drops an Inferno Tower too early, or cut through Giants, Royal Giants, Hog Riders, Golems and other tank cards.

Great Zap or Arrows bait, so they can’t Arrow or Zap your Pups when they pop. If opponent ignores then this card will solo kill a tower.

Use this mainly on defense, or to distract and eliminate any counters to your precious Hound.

Tombstone: One of the strongest defenses with a steady trickle of skeletons piling up damage on your opponent underneath the Hound this card distracts Hogs, Giants, RG’s, Golem’s so you can take them out before they reach your tower.


The steady trickle can also confuse an Inferno and prevent it from locking onto your Hound.

Fireball: Great utility card for killing off Musketeers, Wizards, Witches, Mega Minions, Minions, shutting down an opponents counter to your Hound if they place those cards too close, add a zap and their entire defense has been obliterated.

Finish off a weakened tower with Fireball and Miner for the win, or stop the opponents massive push.

All-round great card to give your troops more time to attack.

So this deck is a buildup deck, you want to build up pushes and keep your opponent defending.

Start off with a Hound in the back if you can with a Tombstone down, maybe add a Mega Minion. See how they defend, if they defend with Musketeers, Wizards and Witches get your Fireball ready on your next push to severely weaken them. If he defends with an Inferno Tower make sure you have Tombstone, Minions or Skarmy ready to distract.

Always have some elixir to drop the Miner off at the right time to tank for the Pups, the Pups will be dealing the majority of your damage, and as such they need to be as protected as possible.

If your opponent Arrows, or Zaps your Pups, bait out his Zap or Arrows with Skarmy, and then make your push.

You want to make it to Double Elixir with both your towers.

This deck is great on comebacks, as long as you hold both your towers you can easily come back from a 1500 HP deficit. I can get 2 Hounds down at once and make the opponent panic when my deck just overwhelms him with sheer numbers.

Lava Hound, Miner, Mega Minion: More simple push, can usually be easily defended, but will atleast get some damage onto his tower.I usually use this until double elixir.

Lava Hound, Miner, Mega Minion, Minion, Skarmy: Your strongest push, this will deal hundreds of damage to the tower if you take out defenses with Zap and Fireballs, this is the best push you can make because of it’s sheer mass of troops hurtling toward the enemy tower.

Hog Cycle: Hog cycle decks can be a pain if they keep you defending but you have to wait when they over commit, then launch your attack. Might be hard to deal with, but difficult but practice makes perfect.

Lava Hound: Will be difficult, but face them down, this deck is quite cheap so you should be cycling faster than them and all you need to do is pull the Hound over with Tombstone and finish it off with Zap or Mega Minion. Fireball Zap their defense and you should be good. 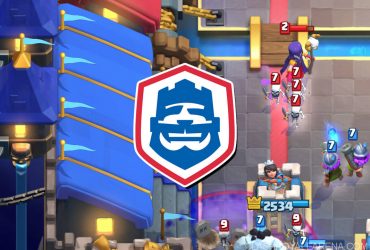 Need a deck for 20 wins? Got Cannon Cart and a bit of skill? Here is what you need. This deck got me to 17 wins in my first try … 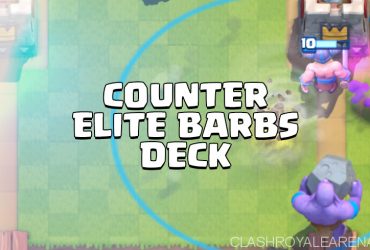 Are you finding it hard to deal with Elite Barbarians? Since the new balance change Elite Barbarians have rose to the top. They are probably even more popular than the …
Posting....