Hey guys it’s BornOrca here, I haven’t ever posted on CR arena before so this is my first time. Less people are using lava Clone decks, however this is my attempt to revive them! If you are struggling to find lava hound decks for arenas 8-10 I strongly suggest this deck:

Lava hound: The main win condition of the deck, place in the corner of the arena when you are on 10 elixir. Use it to tank for any other cards in your deck.

Baby Dragon: Place directly behind the lava hound to push it to the tower, also use it to take out any flying or ground swarm troops which are disrupting your push.

Electro Wizard: Place this instead of the baby dragon if you know your opponent uses inferno tower or dragon. Also use it as an expensive zap spell which will deal some chip damage on the tower if ignored.

Fireball: And… fireball. Crushes enormous pushes and annoying wizards that target your hound.

Ice spirit: Use the ice spirit to cycle through your deck. If you don’t have your skeleton army in your hand try minions and ice spirit and it has the same effect to take out cards such as E-barbs.

Clone: Use this with the lava hound, every time your lava hound is locked on the tower and your opponent hasn’t got any splash dealing troops nearby, Clone that hound. If you get it right it will deal a devastating amount of damage to the tower.

Skeleton army: In my opinion the best swarm card. Use only in defence. Beware it can be zapped so choose minions if you know your opponent has a zap in his hand.

Minions: a small swarm card which is extremely useful to counter certain cards. Use defensively and offensively.

Thank you guys for reading and I hope you get lots of trophies from this deck! 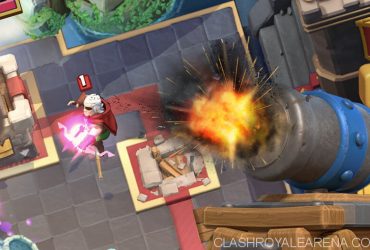 Lucky enough to get the new Magic Archer? I, Heiny, am going show you a very interesting deck evolved around him and the “undervalued” Cannon Cart!   Card Roles P.E.K.K.A … 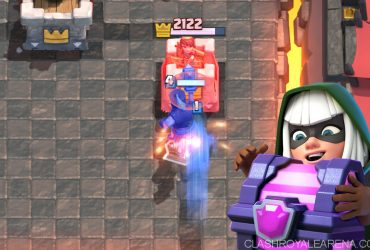 Hey everyone! It’s me, Supermarine, back at it again with a new-school P.E.K.K.A Bridge Spam Deck. As you may know, Bridge Spam’s userate decreased massively after the Mini P.E.K.K.A buff, …