Hey guys M4SON back again with another beat down deck. Today I wanted to focus on a really aggressive playstyle. As you’re about to see this deck is only 2.9 Elixir, and it uses no defensive buildings at all. This deck focuses on non-stop aggression and will always have your opponent on their feet and always keeping them guessing on which lane you’re going to attack. Now you might wonder how you’re going to defend from Royal Giants or Hog Riders. But the answer is simple! Continue reading to find out of the deck works! 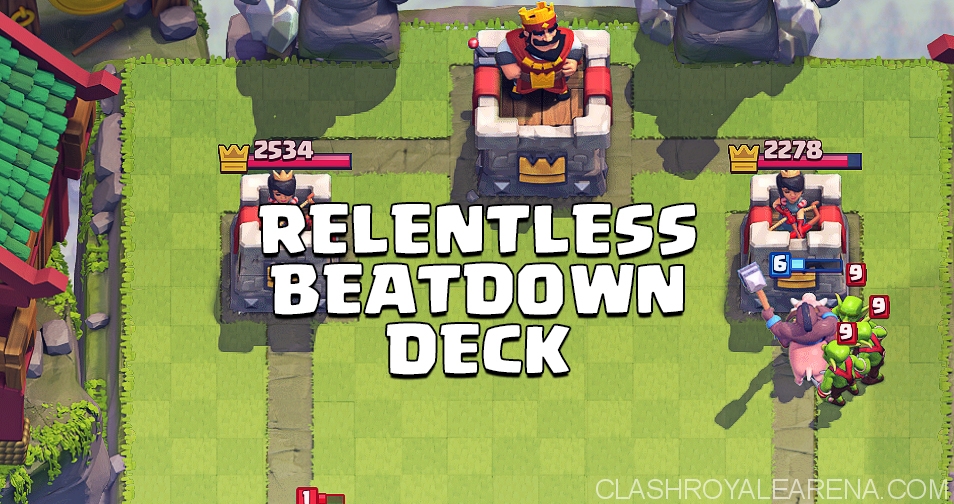 Skeletons: Arguably the best card in the game. 1 Elixir Skeletons offer insane utility and can fit so many roles. Distract P.E.K.K.A big and small, Princes, Musketeer, etc. Surround Wizards, Sparky, etc. Pull Minion Hordes if you don’t have your Zap. Offer the last second distraction to allow your tower to get a few extra hits on defense. You can also send these little guys in with your Mini P.E.K.K.A or hog and if they aren’t dealt with they will output insane damage. Also great on defense when using defensive freeze.

Zap: To keep this deck low cost and heavily aggressive we need the cheapest spell. Zap works insanely well with mini P.E.K.K.A since most opponents will try to distract mini P.E.K.K.A with cheap units. Zap will instantly kill them and allow your Mini P.E.K.K.A to sneak through. Also great on defense against Minion Hordes, or stopping Prince charges. Great at also comboing with Hog Rider.

Goblins: Keeping with the theme of the deck 2 Elixir goblins are a must. With the strong Hog+Goblin combo of course. You also have the mini P.E.K.K.A+Goblin combo that gives your Mini P.E.K.K.A a speed boost. Also great at distracting units as well as offering insane damage on defence when used with Freeze. Freeze+Goblins will output insane damage if left uncontested.

Minions: Also keeping with the theme we opt for the 3 Elixir minions over the minion horde. These units allow you to send pushes that are both ground and air. Combo with hog+minions or mini P.E.K.K.A+minions. Since people counter the goblin attack combo with valk, minions offer another strong push that isn’t stopped by a single valk. As well as the other cheap units, combo with freeze on defence to stop most pushes.

Hog Rider: Staple bread and butter of any beat down deck. Send your Hog in with your goblins or minions. Don’t be afraid to play both the lanes and always keep your enemy guessing which lane you will be attack next. Because your attacks only cost 4-6 elixir you will always have enough to defend. Hog rider is such a fast card if they enemy reacts to slow or makes a single mistake they can be punished hard. Also combo with the hog+freeze a classic “overplayed combo”

Mini P.E.K.K.A: A new card that has been on the rise since the many occurrences of royal giant now a days. Mini P.E.K.K.A to me is a support card great on defense. It can 2 shot Hogs, rip apart Royal Giants. After Mini P.E.K.K.A is done defending send him in with cheap troops and have the Zap ready for a strong counter push. Likewise with the Hog, use Mini P.E.K.K.A to attack both lanes and keep the enemy playing defense.

Freeze: Really great spell on offense. But to me it is an even greater spell on defense. Defensive Freeze combo with any cheap troop in this deck will halt the push instantly. If the enemy over commits and drops a 15~ Elixir push, just throw a Freeze and some Goblins/Minions/Skeletons + Mini P.E.K.K.A and watch the push be completely stopped. While also setting yourself up for a strong counter push. Of course also use on offense for a clutch Freeze to take the tower. In most games it is best to hide your Freeze and don’t let your opponent know you have it. Keeping it a secret will give you a huge advantage in the late game, and the surprise can really catch your opponent off guard.

Princess: Now I know not everyone has a Princess, so first thing first if you don’t have Princess probably replace her with Arrows. But if you do have it then great! Princess is one of the best cards in the game hands down. Placing her down she will always get value out of her and for only 3 Elixir its insanely hard to trade her out positively in your favor. Most of the time drop her in the back to set up your push. Once she reaches near the bridge use any of your attack combos. Princess works exceptionally well this mini P.E.K.K.A + zap because any cheap troop they drop will instantly be dead allowing your mini P.E.K.K.A to get through to the tower. Also a great card on defense against Barbs, Minion hordes, and everything pretty much.

Generally starting off you can go in straight away with any attack combo. Whether that being solo Hog, or Hog + Goblins or Mini P.E.K.K.A Minions, etc. If you have Princess first drop her behind your king tower so you can build up your push. When she hits near the bridge send your attack combo in. With the Princess arrows raining in alongside your Zap/Freeze your opponent needs to play perfectly or else they will take huge damage or even lose a tower

If the enemy ever plays an Elixir Collect don’t wait for the slow push with the Princess just drop your attack instantly since they will be down a whole 5 elixir. Use Freeze if necessary on your attack but don’t waste it! A missed time freeze costs you 4 elixir, but it might even cost you the game.

If possible always keep the Freeze a mystery. The element of surprise will give you a huge advantage. On defense use your Freeze combo with your Mini P.E.K.K.A or any of the cheap troops. Even though the Skeletons/Goblins/Minions are low in HP their output damage is actually insane. Since you have the Freeze the cheap troops will survive since the opponent troops will be frozen, then you set yourself up for a huge counter push.

Also don’t be afraid to lose a tower, especially with the changing of the meta, personally a lot of games for me are 2-1, 3-1, 3-2, etc. With the rise in Royal Giants it always feels like games have shifted from boring 1-0.

Okay guys so that’s everything I want to share with you today! Don’t hesitate to comment If you need any help! You rock! 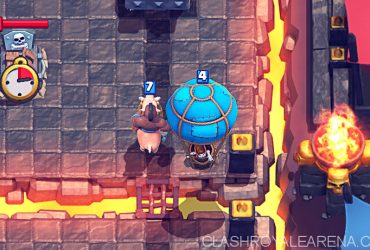 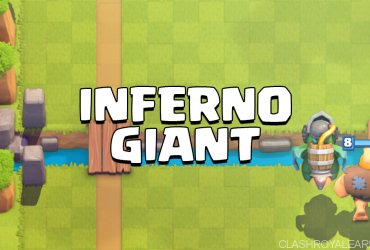 Hey guys, Leonex here. I wanna share a really fun and good deck that I’ve been recently using a lot the past few weeks. This deck got me up to …