Hey guys, what’s up! It’s cow (known as Cow FTW in the comments) here for my first deck guide!

I have been a fan of Clash Royale Arena for a while but have struggled to convince myself to write a guide. I first stumbled upon this deck while I was on Stats Royale, gave it try, and crushed my opponent. So because you probably don’t care about my history with CRA, here’s the deck! 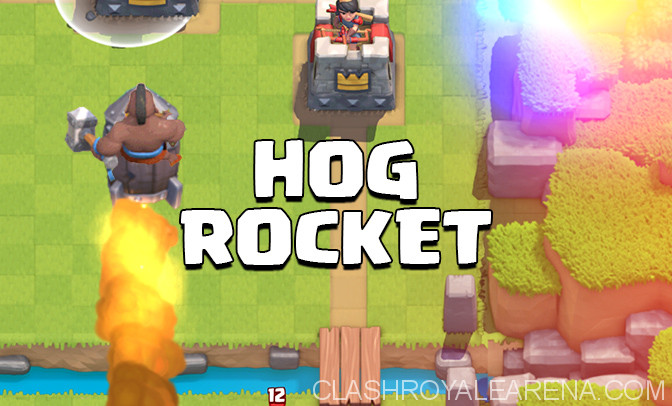 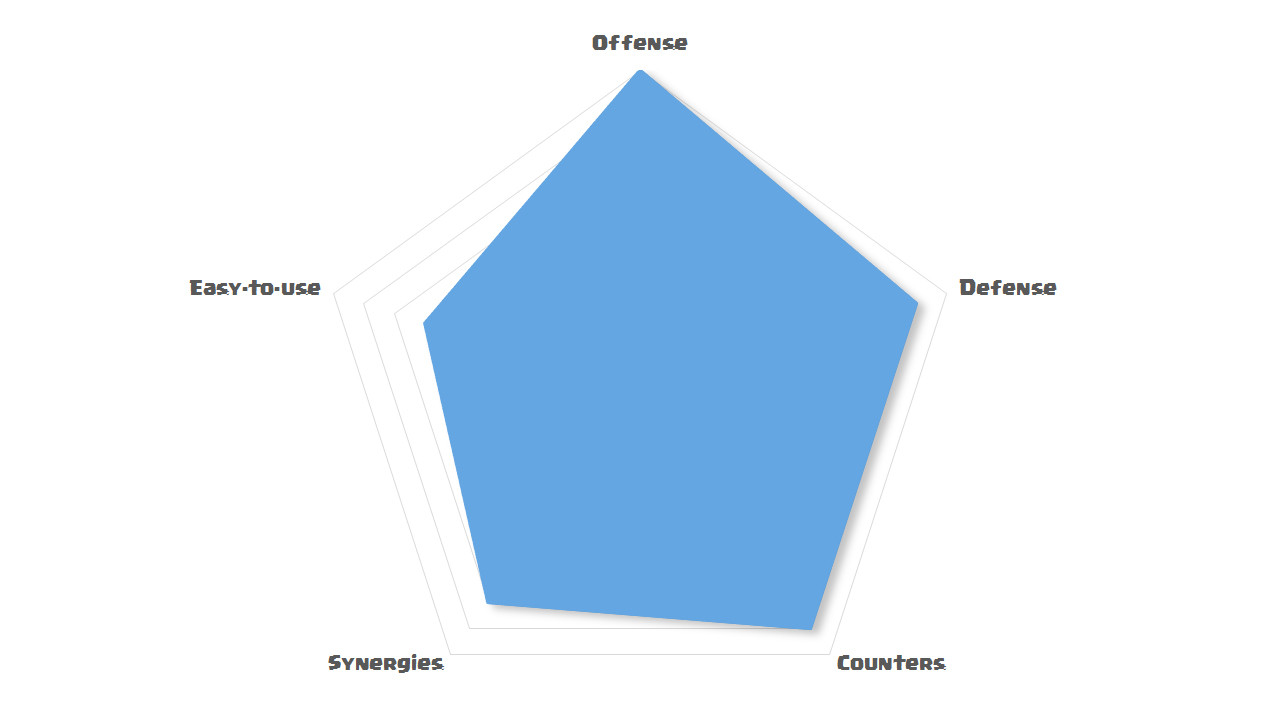 You use him to deal damage to the tower, whether he is paired with a spell or left-over troops. However, keep in mind that with a Hog Rider you need to constantly push with him to slowly chipping away the opponents tower.

It is very important that while playing this deck you understand that you MUST counter push in order to deal some real damage.

Because this isn’t a cycle deck (Sitting at 3.3 Elixir Average) counter pushing is a more reliable way of deal damage then just out cycling.

Now I am not saying at ALL that you should not send in a Hog Rider alone, I am merely suggesting you should try not to over-defend so you have enough elixir to place a Hog.

Ice Wizard – He is your all time defensive card.

Use him to slow down big pushes and then count push, slowing down any threats that might kill your Hog Rider.

Although he is a great card for defending low HP troop, he is not very good at dealing damage so it’s usually best to pair him up with other cards.

He is a very defensive card, allowing him to count many cards when played on defense.

Because he lacks DPS that would be needed to support a Hog Rider, I would not recommend using him offensively for a push.

Pair this card with Ice Wizard to deal with pushes easily or simply pull away other cards. Plus you can pull Miners, Hog Riders, and Goblin Barrels to your King Tower, makes facing them a lot less intimidating and allowing you to spend less elixir to counter them!

Like I said before, pair this card with the Ice Wizard for an amazing defensive combo! For even more information click here.

Rocket – This card is a staple of this deck, allowing you to get massive value on colossal pushes.

Due to Lightning getting nerf and Sparky becoming viable, this card has seen a bit of an increase in use rate.

Don’t hesitate to get value on a troop next to the tower if it’s 5+ Elixir or Rocketing that tower that’s two rockets away from winning.

You can rocket Elite Barbarians for a neutral trade but they are hard to hit so if you have poor aim with the rocket, or little experience with it, then I wouldn’t recommend taking the risk.

If your opponent drops a pump, try to rocket it as soon as you can unless you are facing Three Musketeers or x-bow.  In this case you will want to save your rocket, and punish with the Hog Rider instead.

While he is good for pushes, I would not play him offensively in, say, a Hog Rider push.

Although he might get some get damage in, he is relied on for defending those pesky troops that Goblins and Ice Wizards can’t deal with.

Even though he is pretty good at taking down a Hog Rider, I would not use him because you have many other options for defending one (Tombstone, Tornado, ect.)

Use them to defend against that Mini P.E.K.K.A. or Prince, surround that Musketeer, kite that Baby Dragon and the list goes on.

Overall, use them defensively to tank some hit, deal that DPS the Ice Wizard never could, or throw them in with the Hog Rider for a pig push.

This is hands down my favorite building and probably one of the best. It is great at defense, being able to deal with many tanks/threats but also drawing them away from your towers. If you are playing against a Hog Rider with this deck, it is important that you Tornado it to the King Tower in order to activate it. Then, when he plays his Hog Rider again, you can play the tombstone a little deeper allowing the King Tower to shoot at it. This way the Hog Rider won’t touch your tower!

Zap – Simple, take out swarms that will kill your Hog Rider, weaken Minions to be “one shotable”, or to finish low hp troops. 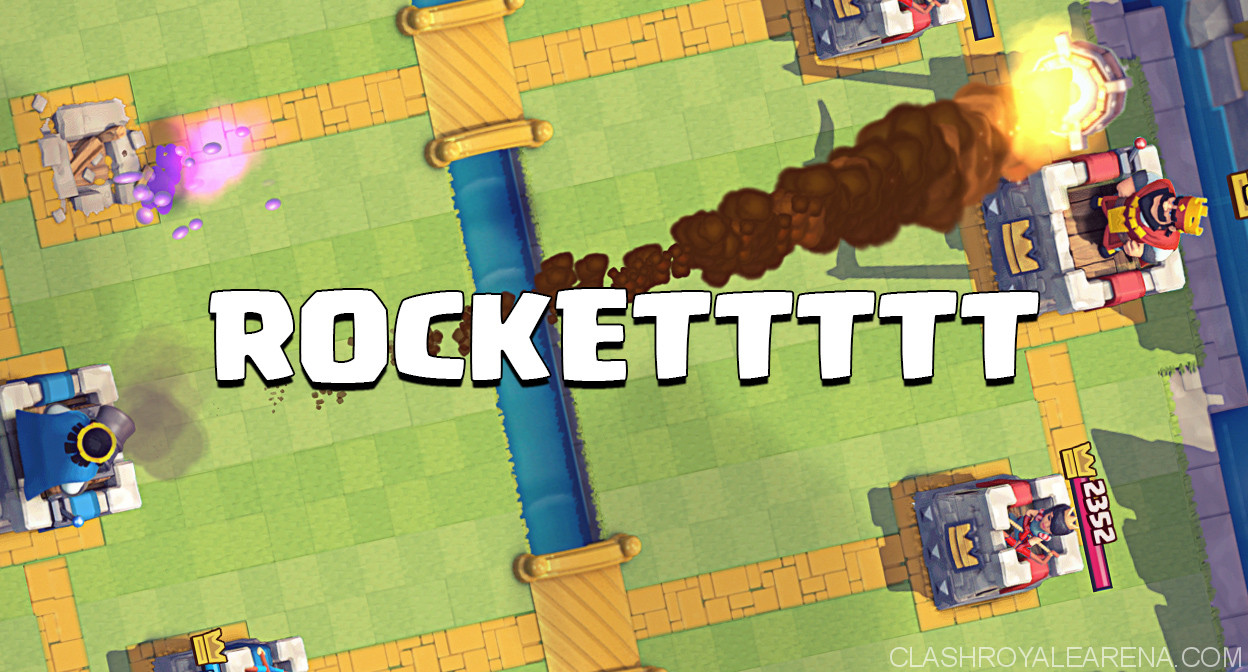 Early on, you should not go very aggressive, but start quick, tiny pushes to try to do some chip damage. However, if your opponent plays a heavy card in the back, (Like Golem, P.E.K.K.A., ect.) you should try to punish hard.

A good starting move would be to place Ice Wizard, Goblins in the back or tombstone in the middle. I would not recommend placing a Mega Minion, unless you have Ice Wizard and Tornado, because he is your main air DPS unit.

Unlike beatdown, your games are most likely going to end 1-0 or 2-1 so you must defend as best as you can, taking as little damage as you can. Because this is single elixir time, you should not rocket the tower unless you can get value, like hitting a 5+ elixir troop plus tower.

By now you have probably done a few Hog pushes and have done some damage. Keep attacking, but now, start adjusting to the way your opponent counters your Hog Rider. He/she uses Skeleton Army to kill your Hog? Keep zap for your next push. Ideally, you would want to keep your Hog Rider and Zap to be in the same cycle but stress too much about that.

By now you will probably know what deck you are against, so you should try to keep a card to counter their win condition. For an example, since my opponent is using the balloon, I should keep my Mega Minion in hand to counter it.

This deck is very defensive so put those defensive cards to use and try to take as little damage as possible during overtime.

Keep pushing with Hog + Goblins + Zap, next, defend with Mega Minion, Ice Wizard, Tornado, and Tombstone and, then, counter push with surviving troops. Don’t be afraid to use rocket on the tower if the tower is low, just make sure you can defend any threats that your opponent will throw at you.

Continuously chip at the opponent’s tower till you claim the win!

When going against Giant decks, push on the opposite lane lightly whenever they place a Giant so that they are forced to waste elixir on the other lane. Then, defend from there.

If their Giant deck has a Elixir Pump, you should immediately rocket their Pump. If you don’t have the Rocket in your hand, then try to punish hard.

Similar to Giant Beatdown, you are going to want to punish them when they place a Golem and Rocket their Elixir Pump.

If it’s Hog P.E.K.K.A or Hog Mega Knight you should use Tornado on the Hog Rider and save the rest of the other cards to deal with the tanks while you slowly chip away at the enemy’s tower.

Like the Hog Rider, you should tornado the Miner to the King Tower.

Overall, it’s a very simple match up. Save your Tombstone for any threats that might come after the Miner, like Battle Ram, Bandit or E-Wiz and use your Mega Minion or Goblins to deal with the Miner.

I will keep it simple, use Ice Wizard or Goblins to defend the Graveyard and Mega Minion for the tank. Just be sure to counter push afterwards!

Well, that wraps up for this guide. Thanks for reading and if you have any questions or suggestions, share them in the comment section below! 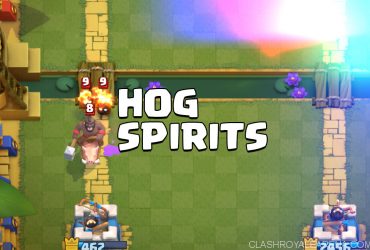 Sup guys! It’s Scarlett here, and I’ll be sharing with you guys a F2P Hog deck I made for Arenas 8 and 9. It consists of only commons and rares, … 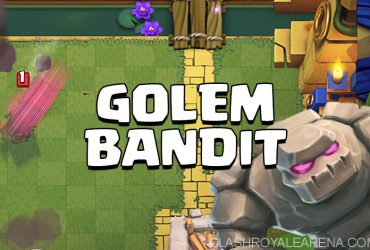 Wassup guys, Dark Prince (or Dank Prince/Apo the admin on discord) here with my very first guide! This deck is disgusting but in an amazing way(does that make sense?). This …
Posting....