It’s Unstoppable, and I’m back with another video and deck guide on what I believe is one of the strongest deck in the current meta! 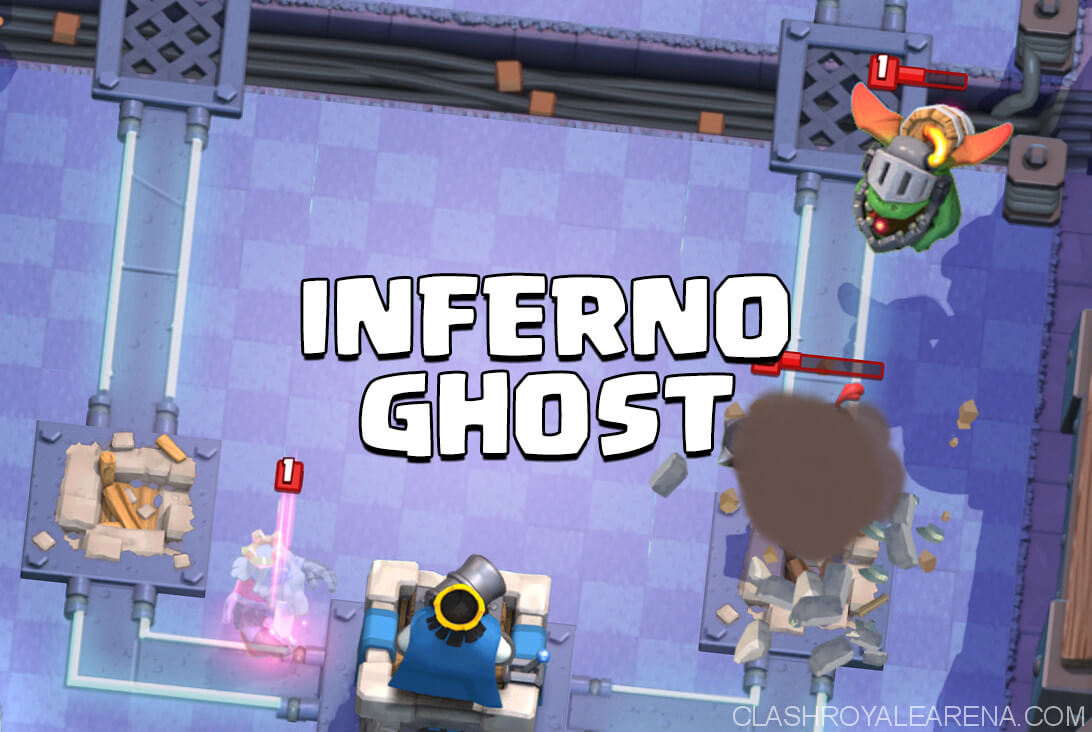 I began using this deck, and I was shocked at how OP it was. I won game after game in Grand Challenges, and it seemed impossible to lose with it

I ended up going 2 12-0 Grand Challenges in a row with an additional 12-1 (loss was from a different deck) then several more games after that, with an incredible win streak of 36 wins in a row with this specific deck!

It’s absolutely insane for farming cards and gold (Already farmed around 2 million, I’m spending over 60K a day to not max out lol) and I have almost 350,000 cards won from GCs.

Please check the end for a 12-0 live gameplay and commentary guide on how to use it (and friend link for in game)!

It allows you to play passively, and figure out what your opponent is using.

It will deal around 500 damage if left unattended, and yet it is very hard to take out.

Only spells are effective at actually destroying it.

In Double Elixer you will want to begin stacking multiple huts to create huge waves of spear goblins, creating a lot of pressure for your opponent to deal with.

If they zap your bats, your inferno dragon gets a ton of value.

Great on offense paired with a miner as well to create pressure, or behind Skelly Barrel.

You want to use Bats to bait out a zap so they can’t use it on Inferno Dragon.

It’s great for killing Mega Knights, Golems, Giants, P.E.K.K.As, and can be used effectively on the counterpush as well.

Often you can place a Skelly Barrel to tank for it so the drop damage will kill opponent’s units that they use to counter your Inferno Dragon, such as Bats.

One of the main win conditions of this deck.

Can kill Bats and Skeletons on death drop, and will kill Minions combined with a Zap.

Use a Miner to tank for the Skeletons that drop out. I love using it to tank because after it dies, the Skeletons explode, creating even more trouble for your opponent to deal with even after they destroy your barrel.

Key defensive unit of this deck. Since you don’t have poison, this is one of your best bets to killing three musketeers, swarmy troops, and any medium health support troop like a wizard or witch. Then it offers incredible counter pushing value with a skeleton barrel, bats, and miner to support. One of the strongest pushes in the game is Mega Knight with skelly barrel tanking, miner to the back of the king tower, Bats to distract a potential inferno dragon or tower, with an inferno dragon following behind.

All around great for tanking troop.

Kills pump, defending troops, then proceeds to tank for a Skeleton Barrel or Bats.

Very versatile, and can be used on defense against a Royal Ghost.

The new OP card in the game.

It’s great if you have this card, if not, no worries. Poison is a highly valid substitution.

It’s extremely versatile and can be used on defense (kills 3 Musks in 3 shots), oneshots Goblins, and is incredible on offense.

It has literally no positive elixer trades (knight and guards are equal).

It’s even a good move just to cycle this in the beginning of the game.

In the beginning, try to control the game.

I start passively, cycling Goblin Huts and perhaps a Royal Ghost or two, figuring out what he has.

There are no hard counters to this deck.

Notice how in my video I play passively for a bit, I don’t use Mega Knight or Inferno Dragon til necessary.

Skeleton Barrel, Royal Ghost, Miner, Bats, and Goblin Hut are typically the cards i cycle in single elixer, chipping my opponent out slowly.

If I am down a lot, notice how I often start building a big push with Mega Knight in the back, and begin stacking troops behind it for a monster push.

In double elixer, keep stacking more Huts. They will slowly begin to overwhelm your opponent.

Skeleton Barrel is great for tanking, once more.

I’d appreciate it if you follow my social media! 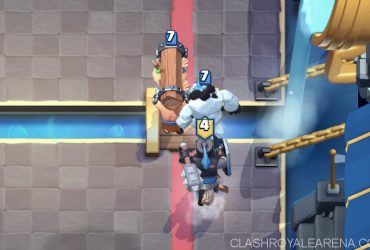 Herro everyone! My names herro and this is my second guide on CRA. Remember the 2.9 Battle Ram Cycle guide? That was mine! So a couple days ago I got … 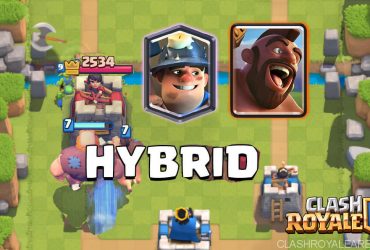 Hey! guys, it’s Dart Goblin FTW(Regeneration) and a little congrats to me for making this 5th guide! I believe that I have definitely improved ever since my first submitted guide, …