Hello guys, today let’s take a look at the Inferno Dragon, one of the most underrated cards in Clash Royale. In this page, you can find everything relating to this card, from basic information to the best tips strategies for him!

Inferno Dragon is the new Legendary Card in Clash Royale. It is unlocked at P.E.K.K.A’s Playhouse (Arena 4)

Basically, the way Inferno Dragon works is just like the Inferno Tower. They have the same the same attack mechanic.

Don’t ignore the Inferno Dragon. It can shred your Tower in seconds If you don’t have either Zap, Lightning or Ice Spirit to reset his target.

Load Time is the time Inferno Dragon needs to lock onto a new target. For example, Musketeer’s Load Time is 0.6s.

Below are a few basic rules on using Inferno Dragon that every user should know about:

Okay and this is the bulk of the guide. I am going to show you everything about his strengths, weakness, tricks, abilities…

First of all, as mentioned in the first two rules, avoid leaving your Inferno Dragon alone. Always try to protect him with couples of spells or troops. Don’t let your Inferno Dragon come under fire from the enemies and don’t always think that he could kill a 1/2HP Giant in 2 seconds. Keep track of your opponent’s cards. A single Zap can give your Tower tons of damage.

On offense, you shouldn’t expect him to reach the Tower too much. If you use the Inferno Dragon on offense, your opponent will almost always panic then start throwing lots of troops around him. Take the advantage of this dude! My favorite move is to use predicted Arrows/Fireball.

Describe the functions of combinations you will take when use Inferno Dragon on offense.

This strategy often works best in the x2 Elixir time since it requires at least 12-13 Elixir to perform and you need some spells to help this combination, such as the Lightning, Arrows or Fireball in order to deal with Musketeer, Inferno Tower, Mega Minion…

If  your push is completely shut down, try to see what happened. Which is the main defensive factor shutting down your push?

After the Inferno Dragon take out the primary tank, use either troops or spells If the opponent still has troops left. But If it’s a Musketeer or Wizard, just let your Inferno Dragon and the Tower get the job done. 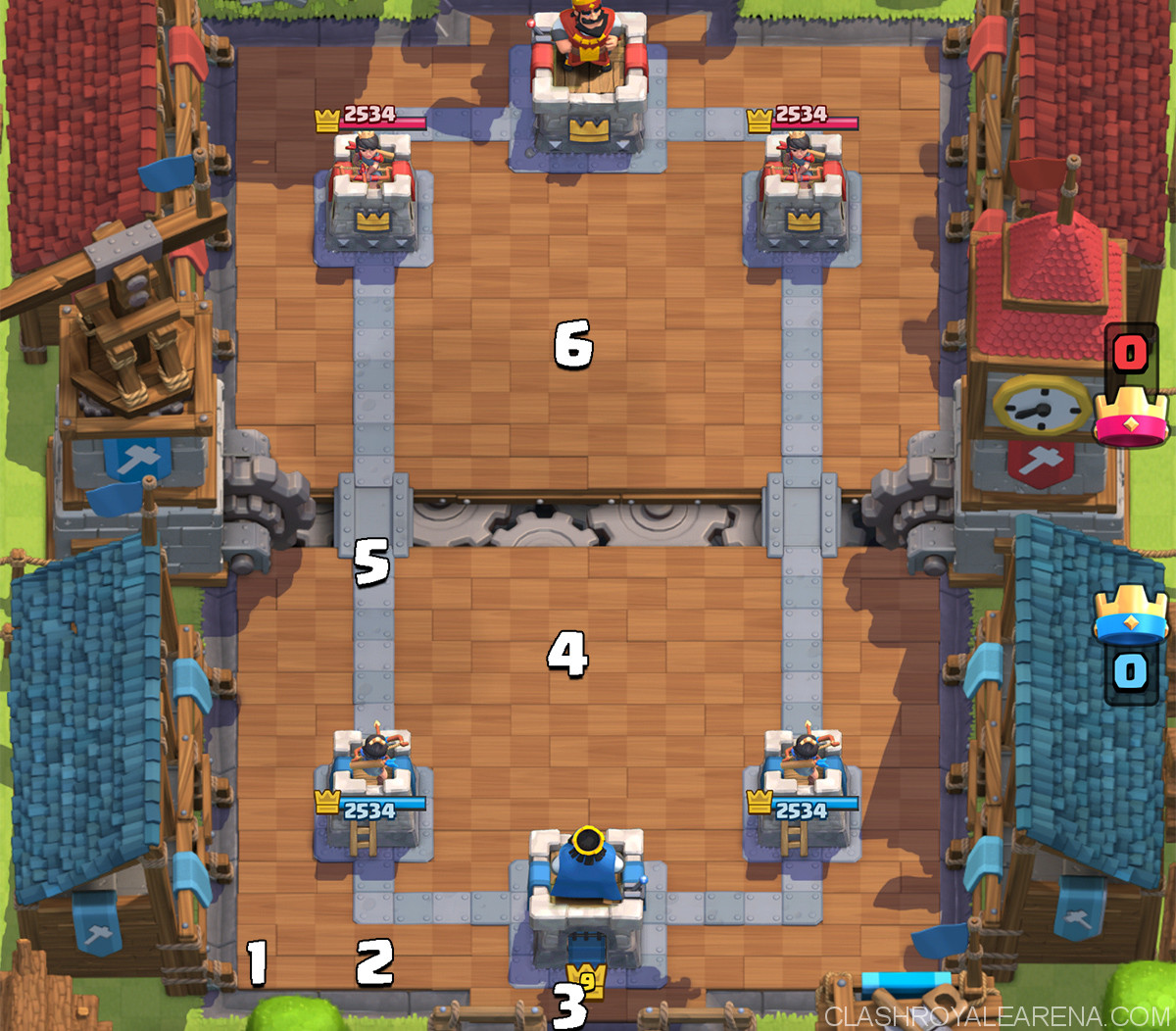 Which decks should I use?

If you have the Inferno Dragon and want to build your own deck with him, use my pattern:

Beside the Inferno Dragon, make sure you have at least 2 air targeting troops, and Mega Minion should be one of those two since he is pretty OP at the moment.

Or you want find some great Inferno Dragon decks shared on Clash Royale Arena at here. 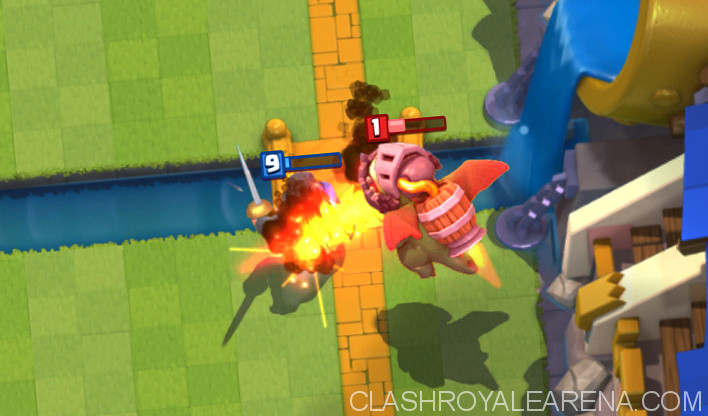 Below are the most popular decks at the moment. I am going to show you how to counter them with my Inferno Dragon decks!

If you have a defensive building, place it in the center to pull the Hog Rider, then you can use your support troops (If needed). Most of the time, your opponent will use a Ice Spirit supporting the Hog so be aware. If there is a Musketeer, don’t use your Mega Minion. If there is a Valkyrie, you can play Inferno Dragon to take them out. If he plays Miner, use Mega Minion or Skeleton Army/Guards to deal with it.

X-Bow and Mortar Decks are pretty popular at the moment. If you play Rocket, save it exclusively to immediately take out the opposing X-Bow or Mortar + troops nearby. Lightning is also the other great choice to deal with Siege Decks. If they don’t place any distracting troops down, use your Inferno Dragon to melt it real quick. Also, be cautious because they often have an Inferno Tower which can kill your tank very fast. By the way, take a look at here to see the best X-Bow deck

Analyze their decks and tactics. Save your Log/Arrows to deal with Goblin Barrel/Miner pushes. Arrows can be saved to deal with Minion Horde or even the 3 Minions. If they play Graveyard, use your ground support directly in the middle of the spell. You can also use your slow tank to distract those Skeletons.