Hello there fellow clashers,this is my first time on CRA, I am Siddhanth, here to show you all an insane deck which works perfect in the current meta.

So basically the deck is an Airfecta deck which is the combo of Lava hound, Miner and Inferno Dragon. 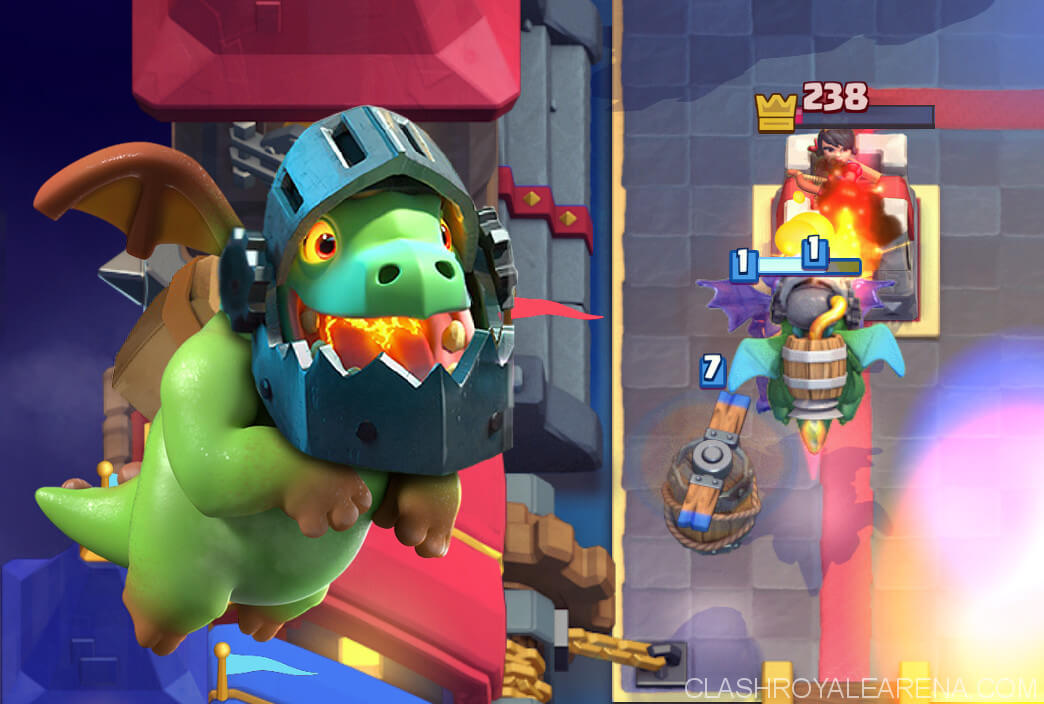 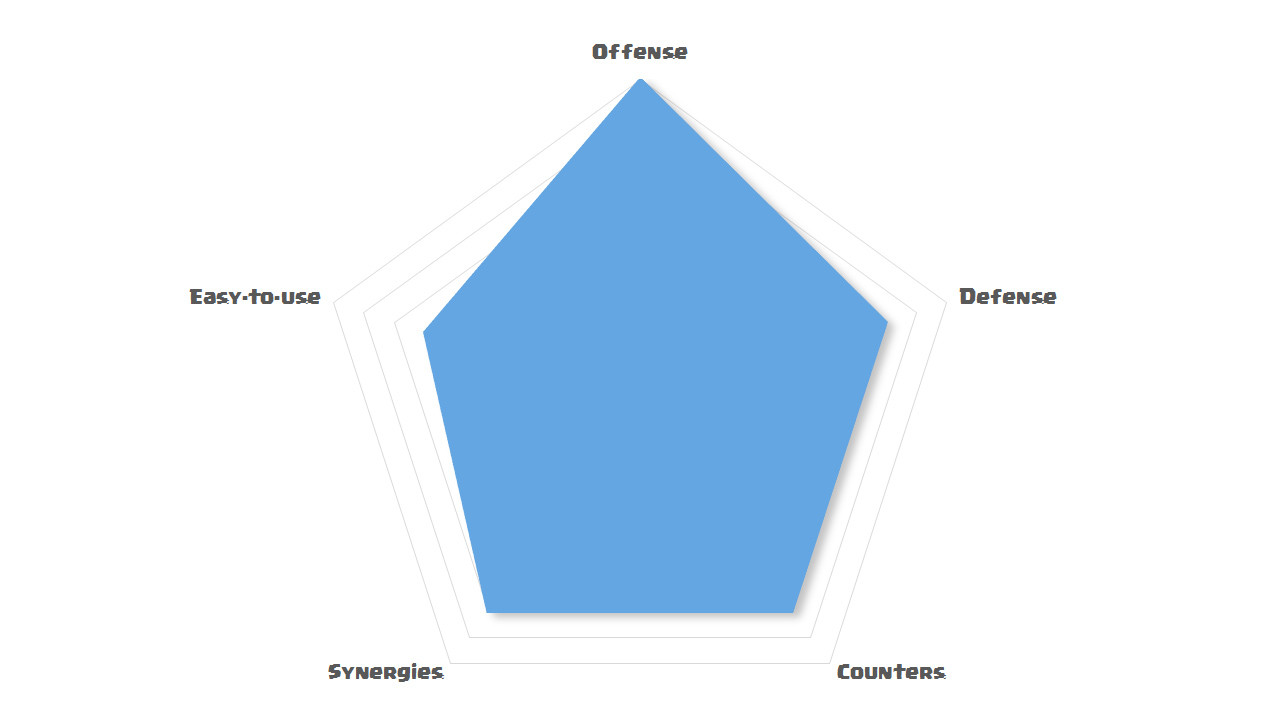 Though this deck is a bit hard to use, once you get adjusted to it pushing is not a big deal at all.

So,let me explain all the card synergies in this deck!

Lava Hound is the tank. Since it is a flying unit, not all troops can hit him.

It has a huge amount of health and a very slow speed, which makes it very easy to make an effective push.

For ladder, at least a level 2 Lava Hound is needed as level 1 Lava pups will die to a level 11 Zap and Zap is run in almost every deck

Miner is the mini tank which also helps in destroying Elixir Collectors and low health defending troops such as Archers, Dart Goblin, etc.

Also, Miner can be used defensively as a last resort because this deck has only two ground troops, i.e., Miner and Skeleton Army.

Since Miner can be used anywhere, it makes it easy for you to play mind games on your opponent by constantly changing your Miner placement.

Using a Miner when the opponent is low on Elixir is great value as the Miner, if left alone will deal almost 400 chip damage just for 3 Elixir, that is more than a Lightning spell.

For ladder, a Miner at least of level 2 is required as a level 1 miners damage is not very high nor is its health.

Inferno Dragon is the main tank killer which wrecks all the tanks in the game.

Also, it has a very good synergy with the Lava Hound.

Since the Inferno Dragon can be easily reset, it should be paired with another card to completely shut down the opponents push, and this is where the flying machine or the Minion Horde can be used

For ladder, a level 1 Inferno Dragon will do just fine.

Skeleton Army is going to be your defensive card, and it is to be saved for defense only.

It can also be used as a Zap bait so that your Minion Horde can chop of the Tower.

For ladder, a minimum of a level 5 Skeleton Army is needed.

Flying Machine is one of the best cards in the deck.

It has a lot of purposes like defending against medium health troops such as Hog, Battle Ram, Miner, Knight, etc.

Since it has a fast attack speed, it can completely shut down a Graveyard also.

On offense, it has a lot of synergies. It can snipe, troops which are placed in front of the Tower; it can snipe out spawners placed in the middle.

And the best of all, it does the job of being a Fireball bait, since Fireball clean sweeps the flying machine, many people use Fireball on it

For ladder, the Flying Machine should be at least level 8.

Fireball will be the only high damage spell to kill the opponents defensive troops used to kill the Lava Hound.

Try not to use Fireball on an Elixir Collector because deck which has Collector usually have many glass cannons like the Three Musketeers, Wizard, Night Witch, etc.

Destroy the Elixir Collector with Miner.

For ladder, a Fireball of level 8 will be needed, but for the best use, it should be level 9.

Minion Horde is the card which should be kept for defense, for most of the times and to be used in a counter push.

Since it has so much DPS all together, it makes it best to use the Inferno Dragon and the Minion Horde to kill all the support troops and then counter push with Miner.

For ladder, at least a Minion Horde of level 11 is required, but for best use, it should be level 12 as level 12 Minions do not die to Zap, but level 11 Minions die to a level 13 Zap.

Zap is to be used to kill/damage swarm troops and also to reset the Inferno Dragon/Inferno Tower.

Zap makes a very good synergy with Fireball as Fireball+Zap kills a lot of troops such as Wizard, Musketeers, Mega Minion, etc.

For ladder, a minimum of level 11 Zap is required

*Note*– All of the required levels mentioned above are only for people who are in the Legendary Arena and and above.

For lower Arenas, Tournament Standard levels will do just fine. ✌

The Inferno Dragon will do very well against all tanks paired up with Minion Horde/Flying Machine to kill the support troops.

Hog will be a little bit of problem as this deck doesn’t have a huge hard hitter, but the Flying Machine will be enough to kill a lone Hog, the Hog will end up getting only two swings at your Tower.

If the Hog is supported with a single targeting troop such as Musketeer or Archers Minion Horde will kill both of them for a positive Elixir trade. If supported by a splash troop such as Wizard or Executioner use tank and spank, i.e., Use Inferno Dragon/Miner/flying machine to distract the splash damage troop and the use Minion Horde to kill the Hog and the splash troop, it will be a neutral trade but now u will have a full health Minion Horde to counter push with.

The Flying Machine will be the best card to counter X-Bow (which is not much there in the current meta) and Mortar.

The long range and DPS of the Flying Machine make it a viable counter but make sure not to get predicted next time.

Try not to use the Fireball on the Pump as Three Musketeers will give a lot of trouble if it survives.Always use Miner for the Pump and if necessary Zap also.

Always keep the Fireball for the Three Musketeers.

Fireball must be a last resort as it is a negative Elixir trade and you will be giving your opponent a 1 Elixir lead.

Alone Graveyard can be dealt with very easily with a Skeleton Army alone.

If it is a push with a tank and a Graveyard Minion Horde will do just fine. If the push is a tank Graveyard and Poison, flying machine placed behind the king Tower to take care of the Graveyard and Inferno Dragon to kill the tank if necessary Zap also.

If the spawner is placed in the middle you can just snipe it by using the flying machine.

If it is placed behind Princess Tower you can use the Miner and also if opponent uses a troop to protect the spawner you can use Fireball to clip the Tower, the spawner, and the troop, positive Elixir trade.

Thank you all for your time

Hope this guide helped you in the game!