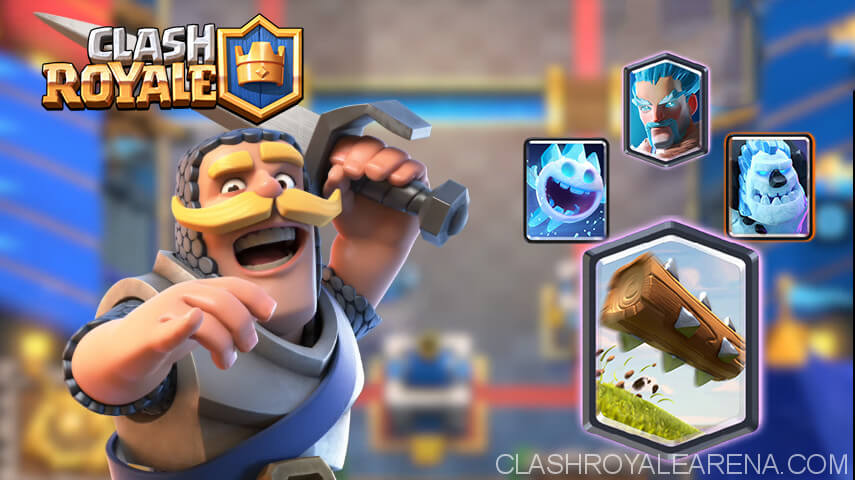 Hey Guys! It’s lightningmaster823 here and today I will be showing you guys the deck I’ve been playing and getting many W’s with it, so I will be sharing it with you guys.

Knight: For only 3 elixir, he is great at tanking hits and being able to counter many things for a positive elixir trade. He is one of your 5 utility cards in this deck and can act as a tank for your Goblin Barrel. If he survives for a counterpush with a decent amount of HP left.

Goblin Barrel: Your 1st win condition, You are to punish your opponent with this card if they use their light spell(s) on your other bait cards, after a few times, start randomizing your Goblin Barrel placements, which can be on the side, corner, or far behind the tower. Don’t use Goblin Barrel defensively unless very desperate.

Ice Spirit: Your 2nd utility card and very great in this meta, it stops practically anything in its tracks for just 1 elixir, can act as a temporary tank for Goblin Barrel, if ignored, it can deal over 1000 damage to the tower.

Inferno Tower: Your main tank killer in this deck, and very important to protect as it is practically the only way to stop heavy tanks, especially Golems. Be aware of Lightning (which got nerfed) and Ewiz (also got nerfed).

Goblin Gang: 3rd utility card, and a very good secondary tank killer due to the high DPS, can also be placed at the bridge as a rush attack and force your opponent to react or have his/her tower take a ton of damage.

Zap: I do not have The Log, otherwise I would’ve used it, but with Bats, it makes sense to use it in the deck, 4th utility card, very self-explanatory.

Rocket: Your secondary win condition if Goblin Barrel starts to fail on you, just cycle it if that’s the case. You should also use it on big pushes or medium supports like Witch or Executioner. Just try not to make any Chief Pat Rockets.

Ice Wizard: “Wait, Why is there an Ice Wizard in a BAIT deck???” is probably what most players would say. Okay sure, it may seem strange, but Ice Wizard is your 5th and last utility card and is important on defense, he works well with Zap and Inferno Tower. He is also great at countering cards like Ewiz if placed properly (I will be making a guide on Ice Wizard soon) and is your best Graveyard counter in this deck now that he can 1-shot Skeletons and Bats. He is considered Fireball Bait as well, so don’t be fooled.

If you have Goblin Barrel and Ice Spirit in your hand, play the combo immediately, if Goblin Barrel is in hand but not Ice Spirit, then you can go naked Goblin Barrel to see what your opponent’s counter to your barrel is, if only Ice Spirit is in rotation, cycle it and might as well get a tiny bit of chip damage (unless the crown towers are higher level than your Ice Spirit), if neither options are available, then do Goblin Gang at the Bridge or Ice Wizard in the Back

If you have the worst starting hand (Knight, Zap, Inferno Tower), then you CAN do Knight in the back, but it’ll be very risky

Keep the pressure; do not let them build up elixir if they are running any heavy deck, just keep cycling Goblin Barrel and try to bait their light spell, after that, start throwing the Barrel like behind the tower, the corner, or a side plant to psyche out your opponent, causing him/her to take damage.

This is when you really have to really pressure, it’s even easier for you as you can cycle to your pressure cards almost immediately.

Rocket cycle if your opponent’s tower is around ½ HP, you can also attempt a hidden barrel combo (You place rocket, and then Barrel immediately after, basically quick dropping, there were numerous times where I won a match because of this combo. 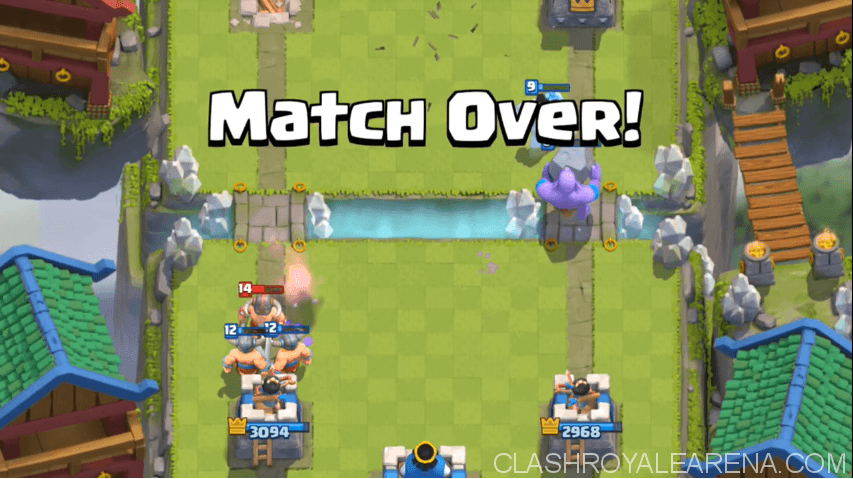 Golem: Since most Golem decks run Elixir Pump, you should rocket them, if they place it in front of the King’s Tower, rocket it anyway, I mean, that’s a neutral trade, 6 for 6, if rocket is not available, then pressure as much as you can, rocket the backend support units if your opponent is made a push. Place your Inferno in the Anti-Lightning spots; just be aware of Bats, Skeletons, or anything that can distract Inferno.

P.E.K.K.A: Beware of Bandit as most P.E.K.K.A decks use her; be super cautious with your Inferno as many P.E.K.K.A decks carry Ewiz as well. The only way you would really be able to win is to constantly chip the tower and psyche out your opponent by placing the barrel in random locations (just not the king tower unless it’s already activated).

Ebola Barbarians: You have so many combos that can counter Ebarbs, how could this be a problem, just don’t overcommit.

Royal Cancer: Inferno Tower is needed for this, you have to do it reactively though, just be aware of supports, if they use Zap, use it as an advantage and plant Goblin Gang (unless there are splash units).

Hog Rider: Use Inferno or Goblin Gang on the Hog, Ice Wizard and Ice Spirit are only going to help as since when they’re dealing with Hog alone, the Hog would still get around 3-5 hits depending on the level. Rocket should only be a last resort if no other counters are available. Just don’t let them outcycle you.

Giant: pretty much the same deal as Golem, but easier as you don’t have to worry about pumps most of the time.

Other Bait Decks: Basically use Zap on Barrel, if Zap cannot kill the Goblins, then use Goblin Gang, Knight, or even a defensive Barrel, or just zap them and take the 3 stabs on your tower. Use Ice Wizard, Knight, and Gang for the other bait cards.

X-Bow: Save the Rocket for the X-Bow, place a Knight afterward as X-Bow might get a few shots before going down, otherwise, use Goblin Gang, Knight, or Inferno on the X-Bow, Beware of Ice Golem if you are using these to counter the X-Bow.

Mortar: Unlike X-Bow, the best counter would be Ice Wizard as he can tank numerous shots from the Mortar, Knight has to be timed properly, and Goblin Gang often gets annihilated by Mortar, Rocket should be a last resort.

Graveyard Poison: Your best option would be Ice Wizard on this, even if Ice Wizard is 1 level lower, it’s still decent against it, otherwise use Knight + Zap, use Inferno on the Tank.

Spawners: Rocket would be your best friend here, but is annoying to deal with, but well-timed Barrels should win you the game. (I encountered a spawner user with this deck and I won, so… yeah)

Three Musketeers: Save the Rocket for the Musketeers, if they split, rocket the 2 muskets and Knight, Ice Spirit, Goblin Gang, or Ice Wizard on the lone one.

Miner Poison: Knight would be most reliable as he is a mini tank, Ice Wizard would also be fairly effective, you would have to plan accordingly though, keep the pressure with Barrel and Gang.

Mega Knight: Despite being the spell-bait user’s worst enemy, you can tank and spank with Knight and either Ice Wizard, Inferno Tower, or Goblin Gang on the Mega Knight itself, constantly pressure with Barrel and Gang.

Hope you enjoy my 8th guide! Hope you guys get good with this deck and bringing success, I’m still pushing trophies with this and I hope I make it to Legendary Arena. Clash on!