Hey Clash Royale Arena! Dreemurr here with my third guide about one of the best and most versatile cards in the game: The Ice Spirit! 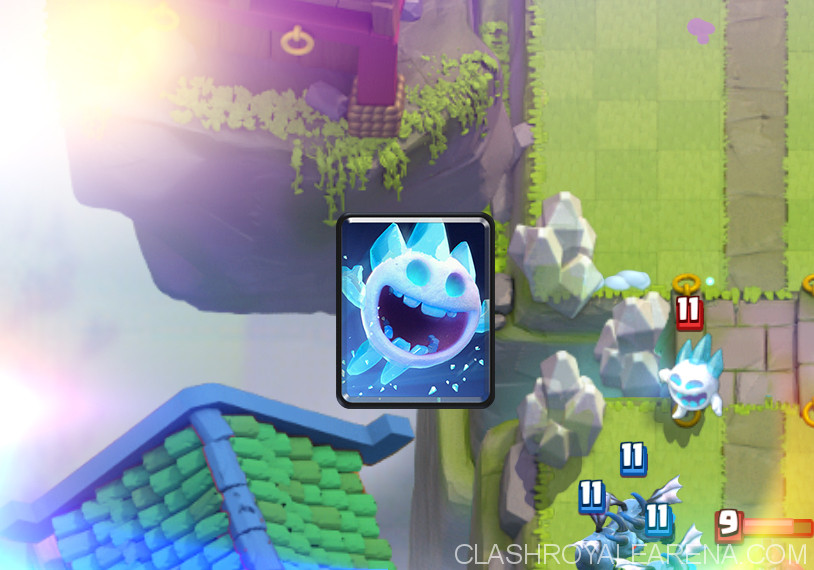 In case you’re wondering (though why would anybody be?), I’ve been busy making a Redbot for our Discord server called X-Bot (puns), so I haven’t been commenting much on CRA lately. (My name on discord is Umbresp.)

But since you’re probably all here to read about the Ice Spirit instead of me, let’s get into it!

What this means: The Ice Spirit is fast, cheap, easy-to-level-up distraction or cycle card. It also does a small amount of damage that can kill anything weaker than Spear Goblins at equal level (I thought everyone knew this, but apparently not).

Ice Spirit Vs. All Cards

When battling in Clash Royale, one must use a troop to deal damage, no matter if it is on offense or defense, right?

Technically speaking this is true because all troops deal damage, but I like to look at it another way. Some troops simply can’t be effectively used for damage, most notably being the Ice Spirit and the Skeletons.

Personally, I (and most people) will use the Ice Spirit for its Freeze ability and to aggro troops.

The Ice Spirit is a very flexible card because of its many uses. You can use it to reset Inferno Tower and Inferno Dragon, delay a Balloon from reaching your Tower, allow your Hog to finish off that Tower, and counter that Mini P.E.K.K.A for 1 Elixir. Therefore, it is one of the best cards in the game  because of its value for 1 Elixir.

Since you would probably get bored reading dry information, I have organized this guide into a different way. 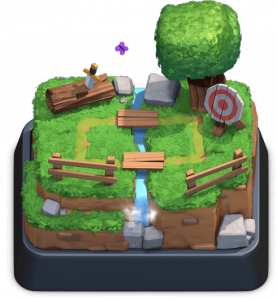 Archers- Once one of them is locked on to something, put the Ice Spirit on top of them. It will delay them enough time for your Tower to finish them off. This will work for equivalent level and 1 level below.

Arrows- No. Just no.

Bomber- Use it as a sacrifice while your Tower kills the Bomber. Make sure you put it in the middle so that the Bomber will have to walk, slowing him down further.

Giant- You can’t counter Giant with a single Ice Spirit, but the Ice Spirit will prevent some damage. I have found that an Ice Spirit + Skeletons combo will take care of a lone Giant. However, in real battles, this is usually not the case unless you are in Arena 1, which then you probably wouldn’t have the Ice Spirit.

Knight- Use the Ice Spirit to pull him to the middle and Freeze him for a bit. He will get some shots off if you do not also use some small troops like Skeletons (rip ledoot) or Goblins.

Musketeer- Use the Ice Spirit to tank a shot from the Musketeer, then it will jump and Freeze it, allowing your Tower to finish it off. Warning: Do not attempt this if your Ice Spirit is underleveled or their Musketeer is overleveled. Instead, wait until it locks on.

Baby Dragon– Similar to Musketeer, but the Baby Dragon has lower DPS so you can tank, pull it to the middle and then Freeze it. However due to his high HP he will still get a few shots off.

Skeleton Army– Put the Ice Spirit far away enough that the Skeletons don’t trample it and watch them get destroyed.

Witch- Basically an intermediate between Musketeer and Baby Dragon, but make sure the Skeletons die first. 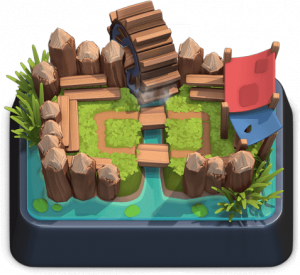 Goblin Hut– This one takes timing and practice to pull off. When the first Spear Goblin crosses the bridge, place it in the middle and use it to tank shots. Then it will continue walking and put the second Spear Goblin at critical health. I do not recommend doing this as it is ineffective and difficult. There are easier and better ways to deal with Goblin huts.

Valkyrie- Treat it as a Prince but don’t use swarm cards. This is basically common sense.

Goblin Barrel– Ice Spirit isn’t really effective against this unless the Goblin Barrel isn’t at the exact center of the Tower. Just place it any time before the Barrel lands. 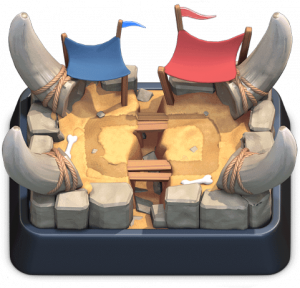 Skeletons- The splash will kill them. Make sure you position it to where it splashes on to all the Skeletons.

Bomb Tower- I don’t see how your opponent could use bomb Tower offensively.

Giant Skeleton- Treat it as a tankier Knight. Just make sure the bomb doesn’t hit anything important. 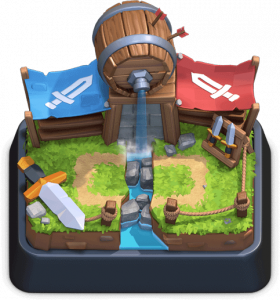 Barbarians- Like Goblins but tankier and there’s more of them. You will need something else to fully finish them off but it won’t take much.

X-Bow- A lone Ice Spirit can delay an offensive X-Bow but that’s about it. You will need something else to take care of it. 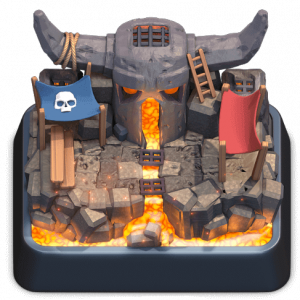 Inferno Dragon- The Ice Spirit can be used to reset its charge or pull it to the middle and make it easier to kill. 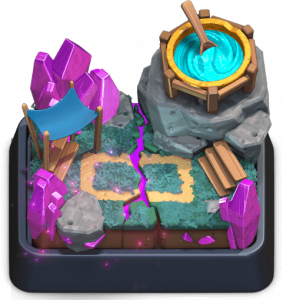 Furnace- Like a Barbarian Hut but Ice Spirit will fully kill the spawned fire spirits. You can also use it to tank 1 fire Spirit and kill the next wave (see OJ’s video.)

Wizard- A stronger Musketeer that does splash. Freeze it after it is locked on to something, or, if it is at low health, treat it as a Bomber.

Graveyard- Whenever the Skeletons get overwhelming, you can use the Ice Spirit to clear a small group of them. However, Ice Spirit alone will not take care of Graveyard.

Ice Wizard- Like a Musketeer, but it barely does any damage, so you can put it farther away to tank multiple shots then Freeze it. 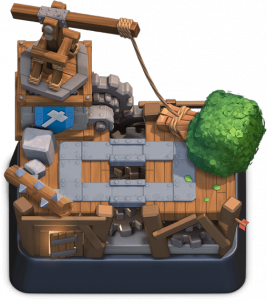 Battle Ram– If you place the Ice Spirit at the right time, it will stop the Ram from hitting your Tower. However, you still have the Barbarians that spawn to deal with.

Miner- Will prevent some damage for the short duration of 1.5 seconds or can act as a longer-lasting Zap while you place other troops to distract the Miner.

Sparky- Reset its charge or just tank a shot from it! Honestly, either one works and you don’t even have to worry about placements. 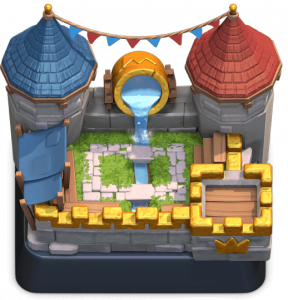 Elite Barbarians– Kinda like 2 faster, weaker mini P.E.K.K.A.s. Use the Ice Spirit to pull them to the middle and Freeze. You will need more than just an Ice Spirit however.

Mega Minion- Pull it to the middle and Freeze it.

Three Musketeers- Since this card costs 9 Elixir, it’s kind of hard to counter it with only an Ice Spirit. If they split the Musketeers, use the Ice Spirit to take care of 1 Musketeer as described above. If there are multiple in the same lane, you will have to use something else.

Electro Wizard- Like a Musketeer but does more damage, so you have to place the Ice Spirit so that the Electro Wizard will only shoot 1 beam at it and 1 at the Tower.

Princess- You could use it to make it retarget, but you need something else to take care of it as the Tower can’t shoot it from so far away. 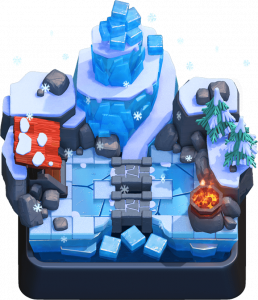 Bats- Even though they haven’t come out yet, you can counter Bats the same way as Skeletons.

Ice Spirit– Use yours to tank a shot so that it will survive for a counterpush.

Bowler- You will have to wait for it to lock on to something before freezing it. 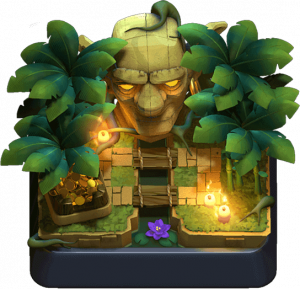 Goblin Gang- This is a very precise method that I have derived from experience. There are probably other ways to do this and it is also somewhat hard to pull off. Wait for the Spear Goblins to lock, then place the Ice Spirit directly behind them in order to pull the stab Goblins back. The Ice Spirit will Freeze all of them at once.

Dart Goblin- You have to wait for it to lock on to something or else your Ice Spirit will just get shredded.

Bandit- Don’t treat it as a Mini P.E.K.K.A because the Bandit’s dash ability messes up everything. Instead, either use it as a sacrifice if the Bandit is on low HP or to mitigate some damage. There are better counters to Bandit. 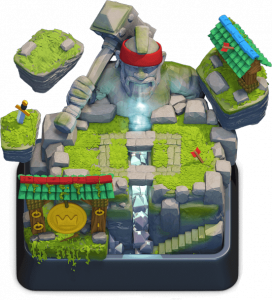 I hope you learned something from this guide! The Ice Spirit is a very versatile card that I hope everybody will consider using now!

Thank you for your time, and this is Dreemurr signing off!