Hello guys, today I am going to show you another stunning Hog Hut Deck, which successfully helped JesusSlark pushed from Arena 6 to Royal Arena in just a few days. Are you a fan of Hut Decks? You will like this one for sure! Also, I will give you some decent replays of this Deck so you can easily see how it works. 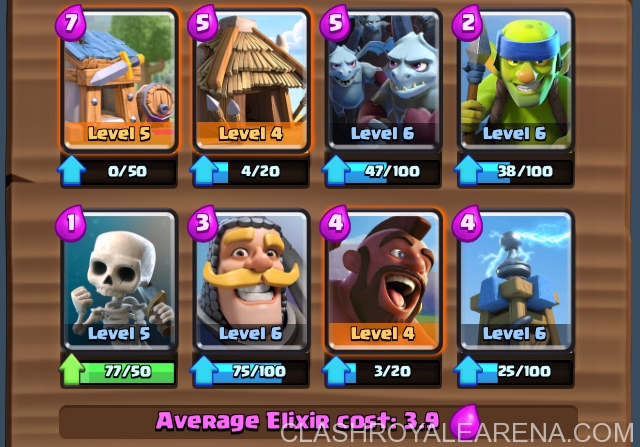 Tesla and Skeletons: They work perfectly together. Tesla is the only one defensive building of this Deck, which has low Elixir cost, nice damage and targets both ground and air troops. The only weakness of the Tesla is its HP as high damaging troop such as Prince, Mini P.E.K.K.A, Hog Rider,… can take it down with just 1-2 hits. Normally we want to have some tankers for the Tesla and Skeletons is a great card for this purpose as it costs only 1 Elixir, you can to give as many Elixir as possible on offense to keep building Huts pressuring the opponent’s Tower.

Minion Horde and Knight: This is one of my favorite defensive troop combo in Clash Royale. Your opponent sometimes doesn’t want to send just a few troops to attack you. If you face a big push towards the Tesla and Skeletons, you just can’t blindly drop cards and hope to win the defense, right? Do it smart my friends! In this situation, If the opponent uses a Wizard to back up his Giant, you can’t just use Minion Horde to kill either Wizard or Giant as they will be killed regardless. You should drop your Knight for the Wizard and when the Wizard gets locked on your Knight, you can use Minion Horde to kill both Wizard and Giant from the other side.

Hog Rider: Hog Rider works perfectly in this deck as he deals a lot of damage to buildings and Towers. If you drop just 1 Hog Rider himself, he will rarely be able to hit more than 2 times. However, we have lots of spawned units from Huts and Hog Rider is the commander of them all.

Barbarian Hut and Goblin Hut: The levels of them just don’t matter very much since the goal of them is creating pressure on 1 lane and Hog Rider is the main damage of this deck (Of course I recommend using Huts at least level 4 If you want to get to Arena 7). 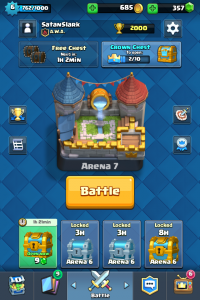 Below is a video with some replays from JesusSlark:

You can take a look at this other Deck which can help you easily push to Arena 6 at here.

Okay Clash on guys! Don’t hesitate to comment If you have any question or suggestion. I love you guys very much! 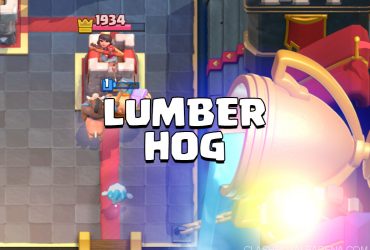 Hey guys I’m ApocD21 of Clashicide and I want to introduce you to a deck I have many 12 challenge wins with this deck! And this deck received some great … 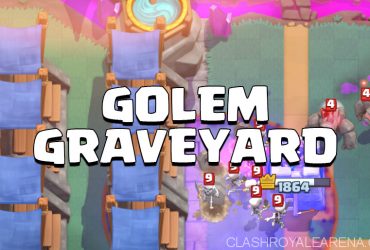 Hey guys Lolman here yet again. (Bet you’re sick of seeing my name up here but all the same!) Recently I was playing a lot of Graveyard and I faced …