Hello fellow clashers! This is Fishslap here with a bait/control deck featuring the new card, the Heal.

This deck is extremely cancerous, but doesn’t feature Royal Giant or Elite “Barbarians” (surprisingly). Instead, it has probably the most under-rated spawner of all, Goblin Hut.

So without further ado, here is the rundown of the deck! 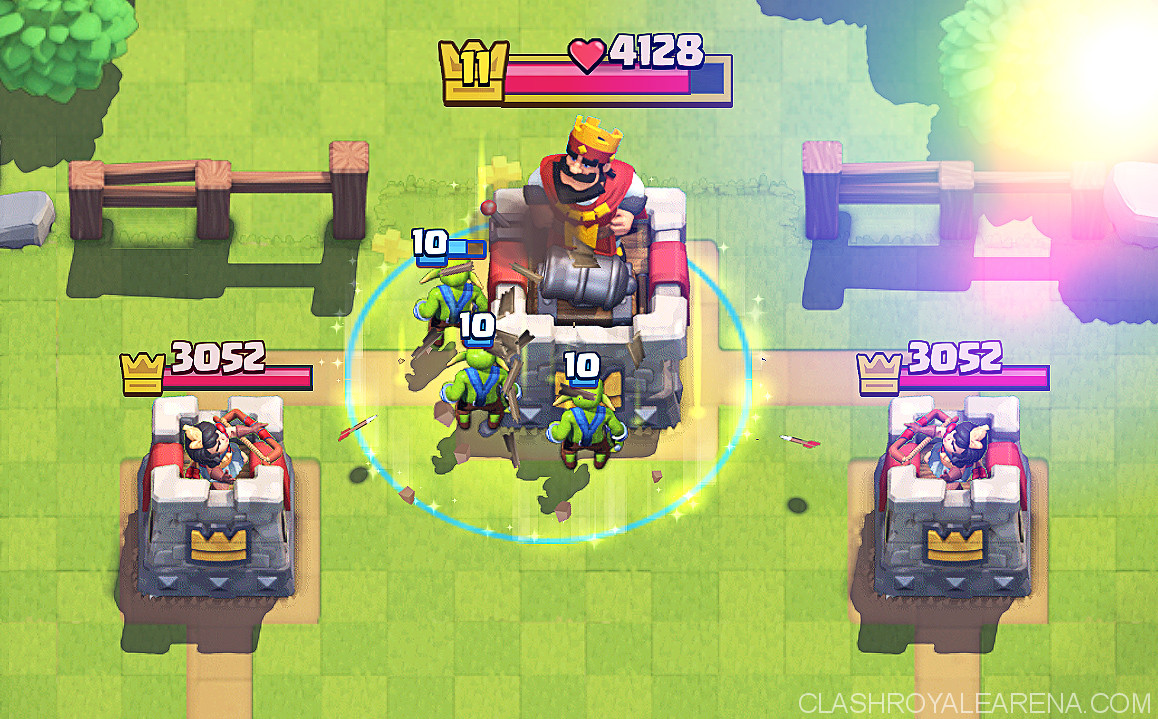 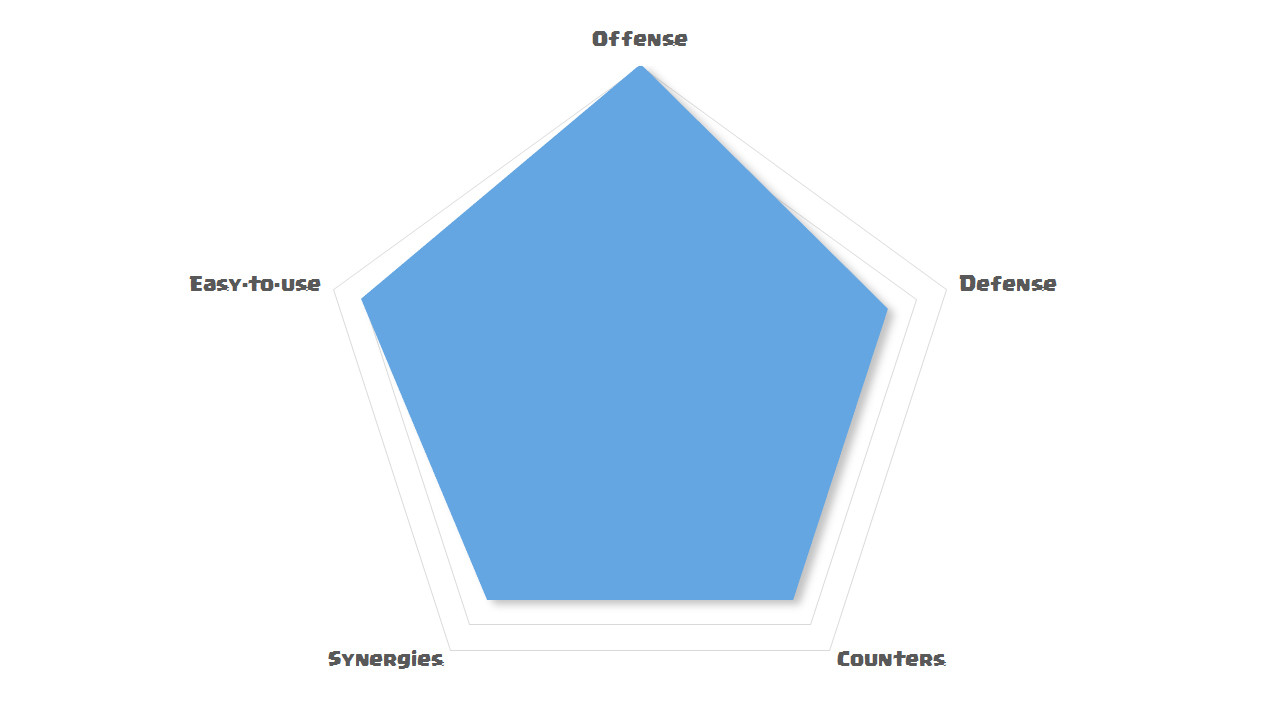 A lot of players think this card is just a worse version of Furnace. However, Gob Hut provides extreme value and should not be underestimated.

Usually, I start out with a Gob Hut right in front of my King Tower. You should maintain at least 1 Gob Hut at all times, for control/chip purposes, but also to defend against Elite Barbarians and stuff.

At 2x Elixir, sometimes I can get 4 Huts down, and basically you have a Spear Gob Army every 4 seconds.

It is also relatively tanky, and can be used to shut down a Hog or Ram, but be careful, because usually they will be accompanied by supports that will kill the Spear Gobs.

Take a look at here to read more about the Goblin Hut: Create Elixir Advantage and Pain with Goblin Hut

This guy is your main play maker and source of damage. He will tank for your Spear Gobs, and the combined chip damage will go over 9000 if your opponent ignores it.

Save him mainly for offense, but you could use him on defense for emergencies. And yes, using him to take out Pump is a good idea, just make sure you have a Gob Hut down.


These adventurous stabby guys do a lot of damage. With Miner tanking, they WILL take the Tower. Even if your opponent Zaps, they will still do ~200 damage.

When every you use them, make sure to have Zap ready for the Skarmy. Also, if they keep on Zapping or Logging, make sure to offset your placement and keep them on their toes.


She is tanky, does a lot of splash damage, and is great on defense. She can defend against Elite Barbarians with the help of some Spear Gobs, and kill multiple support troops that are clumped together.

Overall, she is a very solid and well balanced fighter, making her your go-to defense card.


Part of the reason this deck is so cancer is because it has 2 buildings. This means that you will be more resistant to decks that have more than 1 building targeting troops (ex: Giant Hog, Golem Ram, Lava Balloon).

Your opponent might send a Hog to kill your Hut, but then to find that you have Inferno Tower to counter Giant. You might get a lot of angry emotes lol.


This is probably the only level dependent card in this deck, just make sure your Zap one shots Spear Gobs lol.


Direct damage, clears troops, decent damage. Overall a great spell to have. Don’t Fireball pump if you can Miner or if you know that they have 3M.

Finally, to the new card. Tournament standards are 176 per sec, but since I have lvl 5 (cuz I got the 10 from challenge and 30 from the Giant chest) it heals 146 per sec.

This is a weird card, sort of like a reverse Poison, but be careful when using it, because it only lasts for 3 seconds. The main cards you will be using this on is the Goblin Barrel and Miner combo

Even if your opponent zaps your lone Goblin Barrel, if you Heal early enough, all 3 of them will be healed back to full HP.

Other times, I find myself using it on my Valk on defense, so she can stay alive long enough for her wipe those pesky Wizards, Witches, or Musketeers.

For example, if your opponent kills your troops before you Heal them, that’s waste of Elixir. Also, the range is quite small, and that sometimes leaves some troops outside of the range.

More about the Heal Spell? Take a look at here!

Very easy. Just keep Inferno for it, the 2 second nerf makes it much easier to react to, just make sure not to place it too early. Place the Inferno right in front of your arena Tower so that it can lock onto the RG, and usually you can get a value Fireball because the support troops will be clumped behind the RG

Easy as well. With the steady stream of Spear gobs, they should have a hard time even getting to your Tower, but with Valk they have no hope at all. Try not to use Miner or Inferno Tower to defend them though.

Easy, because you have Inferno and gob Hut, just make sure the Lava hound dies first. Watch out for Lava Balloon, because you don’t have any air targeting troops.

Hog: Try not to use Inferno Tower to counter a lone Hog, because unless they Zap or something, you will lose 1 Elixir everytime. Try using Valk + Spear gobs to take it down or just use a gob Hut to tank.

Siege: If it is X-Bow, use Inferno Tower to kill it. If they use Mortar, use Valk to tank hits and wipe out supports.

Bait: Easy, especially against Minion Horde. Zap for gob Barrel, if you have a gob Hut on the same lane that they push, you can literally ignore the Minion Horde/ Goblin Barrel.

Hope you guys enjoyed this deck guide, and find it as cancerous as me.