What is up guys! Corrosive Logic is back, with an old school Bowler Graveyard deck!

This deck is a reminder of how powerful Bowler was in the Bowler Graveyard Meta.

I believe this deck was made by Pompeyo, but I took it off someone on the global leaderboards and I had amazing success with it in grand challenges!

I also made a video featuring gameplay of my 12 win grand challenge so check it out below! 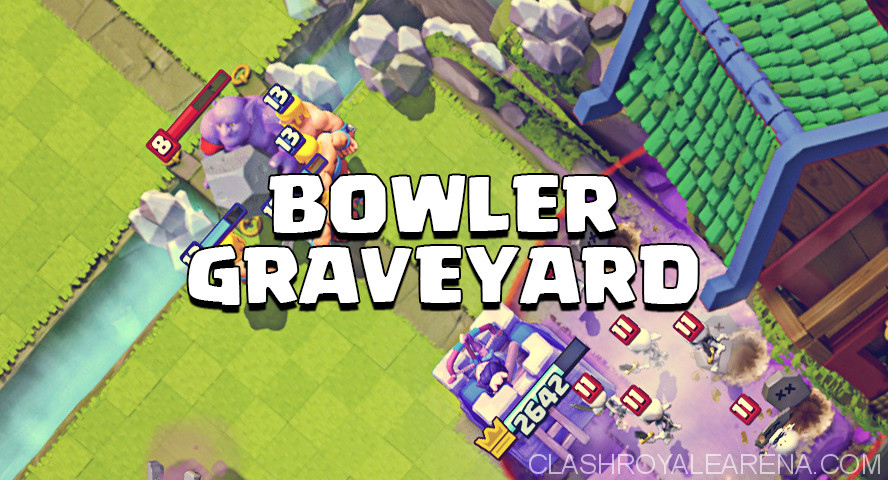 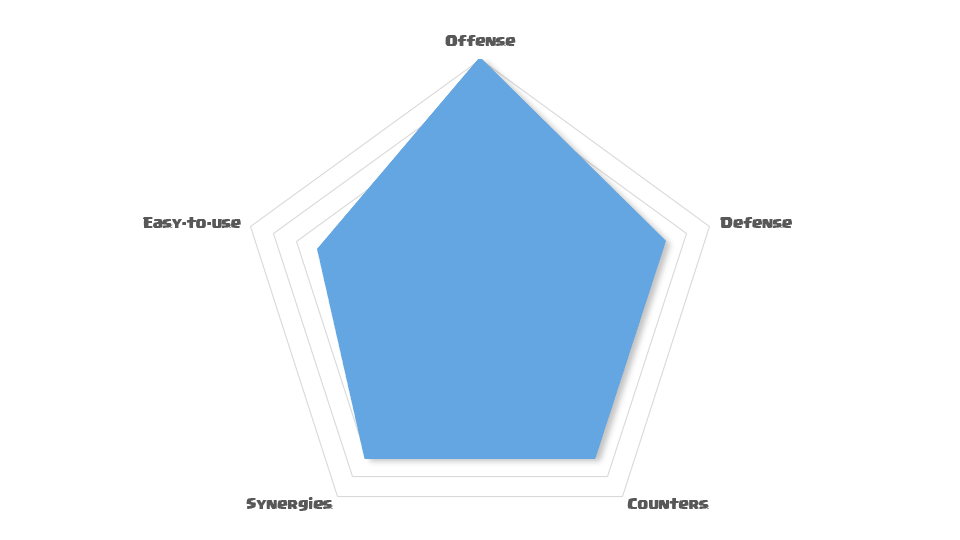 Yes this is where we start off!

Bowler – Your deck’s power card. It’s amazing at defending ground troops, and it tanks for the Graveyard on offense.

Graveyard – This is the deck’s main win condition

Inferno Tower – Yes this card is rarely seen in a GY deck or with the bowler but it is so strong against Lavahound and Golem Beatdown decks, which are seen a lot in grand challenges!

Minions – A very strong support card, you pretty much need Archers or Minions in most decks in order to counter Graveyard. On offense it’s also great at distracting Inferno towers so that they don’t lock onto your Bowler.

Ice Golem – Decks in the current meta have the Knight, however in this already expensive deck we need to bring back the former glory of the Ice Golem for a faster cycle!

This deck is extremely solid against practically every single deck.

Your main Graveyard combinations are going to involve the Bowler or Ice Golem, or even both of them. It’s very important to protect your Bowler from Minions using Electro Wizard or your own Minions.

In single Elixir time, you only want to use Graveyard if you have a big counter push going towards your opponent. It is absolutely crucial that you don’t use Graveyard Bowler without knowing your opponents deck as if your opponent has the right cards they can counter your push very cheaply.

The only time I would play Ice Golem + Graveyard in single elixir time is either when they play a Lavahound at the back, so I rush the other side. Or when I feel like I have gained an Elixir advantage and my opponent has used his Graveyard counters. It can also be done against a player who plays a Golem at the back, but if I am still in single elixir I believe that I can deal with a Golem push with Bowler/Ice Golem/Inferno/Minions/eWiz/Poison etc.

Inferno is a common and annoying counter to the Bowler, using an Ice Golem to tank and Minions on the Inferno tower help greatly for keeping the Bowler alive! A lot of times is better just to let the Bowler die rather than trying to protect it or force a GY push. Again I reiterate the importance of defending and counter pushing in this deck. Picking the perfect counter pushes is really the difference between a good and a great player.

Sometimes against bait decks, Ice Golem + GY + Poison can be a viable push as having the Bowler there might not make a massive difference. Of course the Bowler will often be present from defending the Hog Rider in bait decks. If someone is only countering with Valkyrie or knight then there’s probably no need for the poison, as you won’t get much extra value.

When defending against beatdown, make sure you kill the support units as they pose a much bigger threat than the actual tank. Ice Golem + Minions is great for doing that, and so is the Electro Wizard.

In one tower down situations, remember you can always do a pocket push using GY, then Ice Golem in the pocket, then Poison. I usually don’t recommend playing Bowler in the pocket unless it’s a last resort to finish the game.

Bait: You have got Bowler, eWiz, Log and Minions for the Goblin Barrel. These cards plus the inferno are also great at taking out the Hog. Ice Golem can absorb a Skeleton Army. Your GY Poison will have to be countered by a Knight because Barrel/Skeletons will be Poisoned.

Hog: Electro Wizard can prevent the hog from getting more than one hit. Bowler on its own can give the hog two shots before taking it out. Then you’ve got the Inferno tower, just too many Hog Counters. There should be no problem in counter pushing.

Graveyard: This deck has good cards against Graveyard, IG, Bowler, EWiz, Minions, Poison, Log. If they play bBarbarian hut with the graveyard you have an amazing counter in the Bowler.

Siege: Not a difficult matchup, you’ve got two big cards to take out xbows and mortar. You also have the ice golem to tank when you need to, just make sure to keep those cards in hand.

Control: Miner control is a tricky one. If you play ice golem to tank for the miner it can give you loads of value. However if you miss then you could be in trouble, the EWiz can always be used to retarget the miner onto itself or another troop. Only use minions to defend miner if they don’t have enough elixir for poison.

Beatdown: Probably still the toughest matchup against this deck. I wrote some info on how to play against it in the general gameplan section, I’ll just bring it down here too. When defending against beatdown, make sure you kill the support units as they pose a much bigger threat than the actual tank. Ice golem + minions is great for doing that, and so is the electro wizard. The only time I would play ice golem + graveyard in single elixir time is either when they play a lavahound at the back, so I rush the other side. If they play a golem at the back it can be done aswell, but often times I feel like I can defend a golem push with this deck, just try your best to protect the Ewiz and minions.

This is a very solid deck for all around play as it has no specific weakness against one archetype in my opinion.

I hope you continue to enjoy the decks that I continually post here! I would appreciate it if you could check out my channel too as it encourages me to keep putting my time and effort into these guides! Thank you. 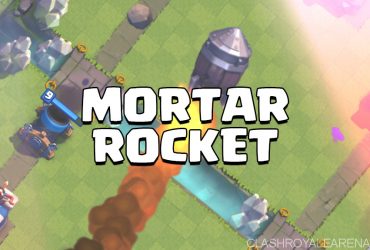 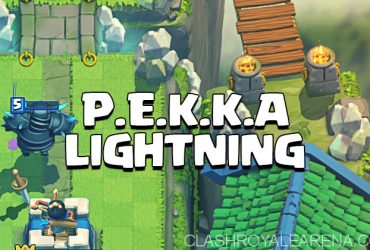 Hi again CRA, this is Victorapple here with another off-meta deck, this time featuring P.E.K.K.A! Also, as the Poison and P.E.K.K.A are getting huge buffs, Lightning is a must in …