Hey guys, this is Uno_Elemento submitting my first deck for Clash Royale – apologies if this isn’t as good as what others have submitted but it can’t be helped. Just for reference, I’m in Legendary Arena where this deck simply rocks. At the time of writing, the Zap spell does not kill stab goblins. Without further ado, here’s the deck: 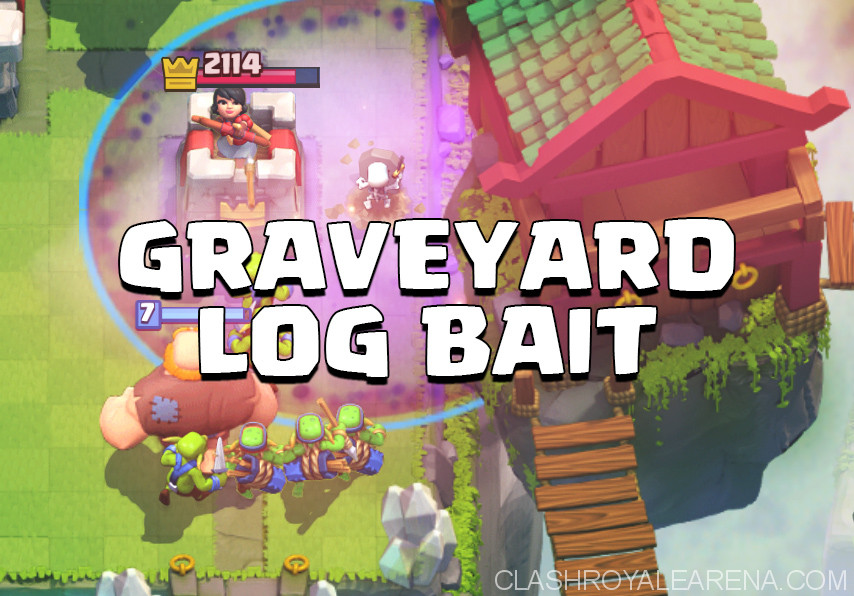 As you can see, it’s really cheap on the elixir count- only 3.5 so most of the time, you can outcycle your opponent.

This deck works well against practically every meta deck out there, like Lava Hound Balloon, Giant Bowler, Elite Barbarians and so on. Even the rare X-Bow decks can be taken down.

Now time for me to explain why these cards are there and what makes it good.

Cannon – It’s one of the best defensive buildings and there is a reason why it was nerfed.

It has such great value in terms of doing damage if you can protect it.

It can kill practically kill every ground troop there is. It also helps to stop Hog Riders and Giants in their tracks. A replacement would be tombstone because at the same elixir cost, it is slightly different in function, but should work too.

Zap – Still one of the better spell cards.

Although this card has been seriously nerfed in my opinion, it is still a good spell to keep. It comes in handy so many times, where a Log or Arrows or Fireball simply can’t cut the mustard.

Like here, where the Spear Goblins couldn’t have possibly dealt with the pups alone. It is so cheap that I could zap it without being at an elixir loss. 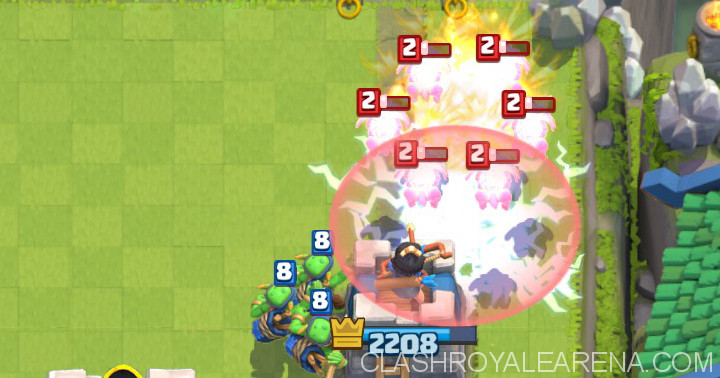 Goblin Gang– The newest card and already useful. I bought the starter pack of Goblin Gang for 100 gems, and so mine’s level 8.

This is a card that if left ignored, the opponent wishes that they didn’t ignore it.

It can deal INCREDIBLE damage to air and ground troops alike. Just for your benefit, I’m putting in why with pictures. In this scenario I was using my musketeer to kill off the Lava Hound:

Realizing this, the opponent uses a Mega Minion to try to kill my Musketeer while it was distracted. I place down the Goblin Gang, knowing that the stab Goblins would distract the Mega Minion and the Spear Goblins behind would help to take down the Lava Hound quicker.

This is a great Log bait because of these reasons.

Musketeer – This was definitely my favorite card at one point.

She is overpowered at dealing damage to single targets like Minions, Goblins as well taking down tanks like Golems, Giants, Royal Giants, Lava Hound, and Giant Skeleton.

Of course she does not do as much as a Mini P.E.K.K.A, but then again she can hit air which is a huge plus point in my opinion at the same elixir cost.

Giant– The tank. He is the perfect tank- no explanation needed.

Just remember to place him first then you can proceed to put down the Graveyard.

Sometimes, when you believe that you’re in the elixir advantage, you can take towers simply by rushing with a Giant Graveyard.

Skeleton Army– Another log bait for obvious reasons. Can deal huge damage is left ignored. You can use it ever so dynamically like the Goblin Gang.

This is your go to counter for killing Elite Barbarians.

If they zap/log this card, go ahead and screw them over with a Giant Graveyard. If they even have Minions, rekt them with the Princess, becuase they can’t Log either.

Graveyard – Technically this is a Log bait, but you do not want to use it as one. This is the card that deals the damage.

You can use it paired with the Giant when you know that your opponent does not have Log/Zap/Arrows in their hand.

Mine’s level 2 – lucky enough to get 2 Graveyards in a crown and silver chest.

Princess – Great Legendary- one of the most versatile legendaries. She is the Log Bait to surprise your opponent.

Left alone, she deals huge area damage for her cost.

She is one of the few area damage cards in this deck, so place her behind the arena towers to save her from the Log.

If your opponent doesn’t bother when she walks up to the bridge, use a Giant Graveyard, since the Princess hitting the tower will also hit Minions, Goblin, Barbarians next to the tower too and kill them/weaken them.

Start with a Cannon, placed slightly offensively, where Hog Rider will be distracted from all angles. Or place a Princess on the first tile in front of the King Tower on either side.

This sets you up nicely for anything that the opponent wants to surprise you with.

Counter their cards with the Musketeer and Goblin Gang, using Zap where needed.

Keep your Graveyard hidden for the most part – let the opponent think that you are using a deck that’s plain annoying.

During Double Elixir time, bait out the Log/Arrows using the cards given and any cards like Valkyrie that take down Graveyards. Then, Giant Graveyard the tower.

Really good Poison Spell users. Kill yourself if they have a Poison.