Hey kiddos, Trainer Lay / Radius here with my another guide on CRA!

This time we’ll talk about my off-meta deck, which pushed me from 3500 to *fanfares intensifies* 4080! What is my highest score ever! Interested? I hope so! 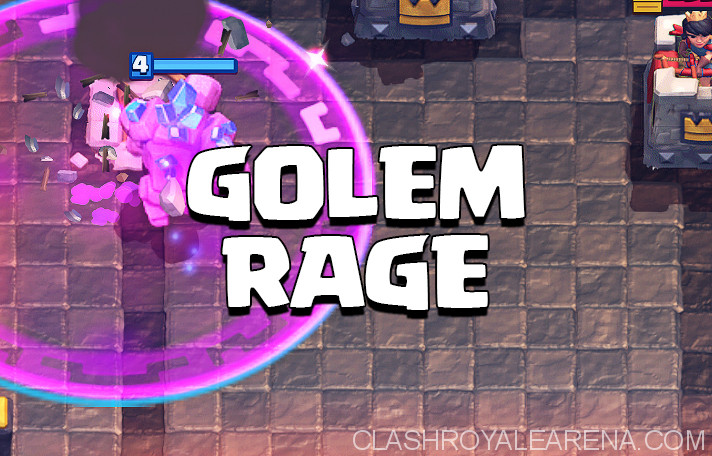 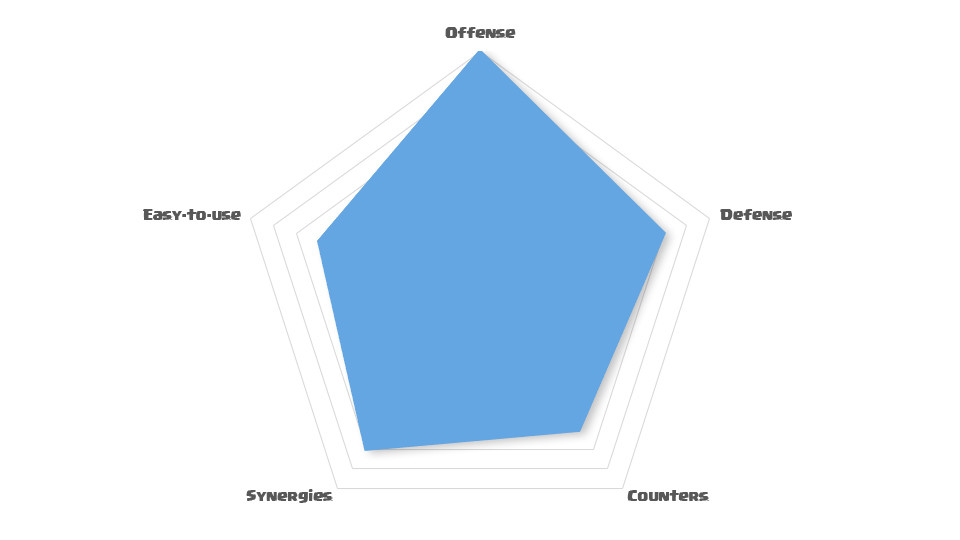 The real king of heavy beatdown and a card I enjoy playing with!

On typical Golem deck, placing that piece of stone is always pretty risky. On this deck, it’s VERY risky due to lack of Elixir Collector.

Like Corrosive Logic said, “Pros often tell you things such as “don’t play Golem until Double Elixir,” but the truth is a lot of these pros are just hypocritical as they do end up playing Golem in single Elixir.”

It’s true! I don’t see anything wrong with using Golem before Double Elixir, but don’t do this when you know they have Hog Rider or another very fast troop to pressure the other lane.

Dream scenario to rush with Golem is when you just defended their win condition with positive Elixir trade, and you’re up on Elixir.

Bowler – This is the card which makes this deck off-meta and unique.

I recommend using this card on the just because even when underleveled, he still counters these troops so easily!

I don’t recommend using him in your Golem push, but when you’re rushing like all-for-this, why not!

Bowler’s HP is high, so don’t refrain from little pushes such as Bowler + Goblins, when they just lost their Log for spell prediction.

Even after the nerf, it still does the job very well.

But when should I use it?

This card is so OP! Melts tanks easily and supports Golem well.

IDrag is one of the most important cards here in this deck, so avoid using alone and as the starting move.

When using him, always have either Bats, Goblins or Lumberjack in case of Electro Wizard.

Lumberjack – The second and last Legendary in this deck.

The best thing about Lumberjack is his death effect, Rage, which is extremely useful in Golem push.

But remember to use him as Golem support, whose role is to live as long as possible, not as a kamikaze just to Rage the whole thing up.

You can use him as a Hog Rider/Elite Barbarians counter, but Hog will always get two swings, and lone LJ can’t counter Ebarbs completely, you need to support him with either Bats or Goblins. So, it’s your choice!

After Skeletons nerf, they stole my watch, savings and heart <3.

For 2 Elixir they offer amazing value and create a lot of positive Elixir trades.

They are your main counter to Hog Ridaaaah.

Bats – Another cycle card with a lot of positive Elixir trade potential.

If you don’t have enough Elixir of Lightning and you have Golem push coming on your side, use Bats in the middle to distract and shut down the Inferno Tower.

Also, they’re amazing counters to ground troops such as Knight and Valkyrie! Just remember to use them on the bridge to gain the maximum damage.

Arrows – Self-explanatory, but there are some words to say about it.

Defend and try to do a Golem push.

NEVER, EVER use Golem as a starting hand as you might get punished easily.

As I said above, best time to go with Golem at the back is when you just defended their win condition with positive Elixir trade.

When they go risky and use the Golem behind King’s Tower, show them it’s mistake by pushing with Lumberbats (it sounds so cool, doesn’t it?)

You must control the match now.

Push with Golem over and over.

Don’t give them even a second to attack. Punish.

Your main counter to Hog is the Goblins. If their light spell is Zap, not Log, the game is over unless Zappy Zap is heavily overleveled.

Avoid overspending; one 0 Elixir caught can cost you the game.

Who else hates lvl 10 Giants at the bridge? I hope not only me. But how to counter it?

When they’re making their push with Giant behind King’s Tower, ALWAYS PUSH WITH GOLEM AT THE SAME LANE.

Golem is a much beefier tank, so he’ll live longer. Also, don’t worry about spamming to counter this lone Giant, because he has no death effect and all these troops you used to defend will go to counterpush and crush. Pretty easy.

Their advantage is Pump, yours is Inferno Dragon.

This is so easy! Goblins, Bowler, Arrows – they all counter Goblin Barrel!

My way to break their defense is to completely spam behind Golem. If they have Rocket, that’s even better for you, because you can start spamming supports again, but now push is Raged, because LJ is killed. Simple!

Very important thing – When you’re feeling “That’s it, my final push,”  don’t be afraid to Arrow Princess + Goblin Gang. They don’t expect it, but it will be the final punishment to finish the game.

On offense, when they rush with Lava at the back, go with Golem at the same side. Then, place Inferno Dragon behind Golem, but as far as possible to burn the Lava Pups’ mother.

Then, I prefer using Bats to counter the Pups, to get them in the counterpush, but when you can get nice value out of Arrows, like Pups + Minions, why not!

Be aware of Balloons at the bridge when pushing with Golem.

If only Ebarbs, pretty easy as Bowler counters them perfectly.

Royal Giant is a bigger deal. Use Inferno Dragon to counter RG, and keep Arrows ready in case of Minion Horde, which is a pretty popular ladder card.

If both, really tough as they always can rush with either RG or Ebarbs when you rush with Golem.

When you know they’re running Siege, don’t use Golem until their Siege weapon is placed.

When you don’t know they have X-Bow/Mortar, and after your Golem push, they normally go with Siege weapon at the opposite lane, ignore it completely, let them take a Tower and go for the Tower trade.

Go with Golem after Golem, their defense is strong so one push won’t usually finish the match, but chip after chip and Tower will go down.

Pretty nice although most players think facing P.E.K.K.A when using Golem is a guaranteed loss. Nothing of the kind!

Golem to attack and deal damage, Inferno Dragon to kill the P.E.K.K.A, Lumberjack to protect ID from Electro Wizard’s annoying stun effect, and Arrows to protect ID from Bats/Minions/Minion Horde. When all these things are done, this push should cut this Tower to shreds.

And that’s it, guys! I hope you enjoyed this 1600+ words guide, and I wish you are reaching Challenger 1 soon, just like I did with this deck! That’s all from my side, now let’s say it! 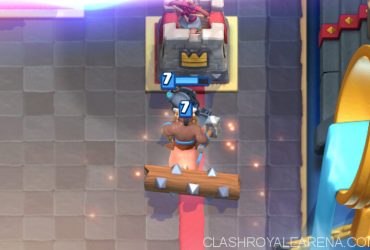 Hey guys, RohanReigns here after a long time with a Hog Mini P.E.K.K.A deck that I’m getting a lot of wins in challenges and top positions in petty tournaments. This … 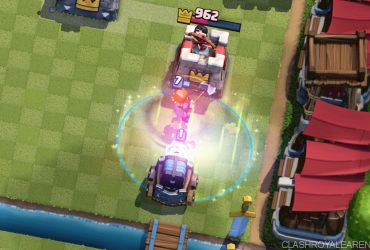 Hey guys this is Regeneration back at it again with my second deck that I used frequently in 2v2, ladder, and challenges. This deck does have replacements so fear not …