Hey what’s happening guys it’s Jaybros here, and welcome back to my 2nd guide. Thanks for enjoying my last one, and today I have a new Golem Beatdown deck for you guys. This deck is a fantastic deck that has amazing synergy and combats the meta. So heres the deck: Golem, Prince, Log, Mega Minion, Archers, Tombstone, Electro Wizard, Fireball.

So about this deck guys it is a 4.0 average elixer cost so you do have to be careful how you use the deck however if you can learn to play it effectively it can result in tons of wins for you. So lets break the deck down one card at a time and figure out how to play it effectively. Also before we start this deck does have 2 legendaries however they are easily replaceable. So let’s get started 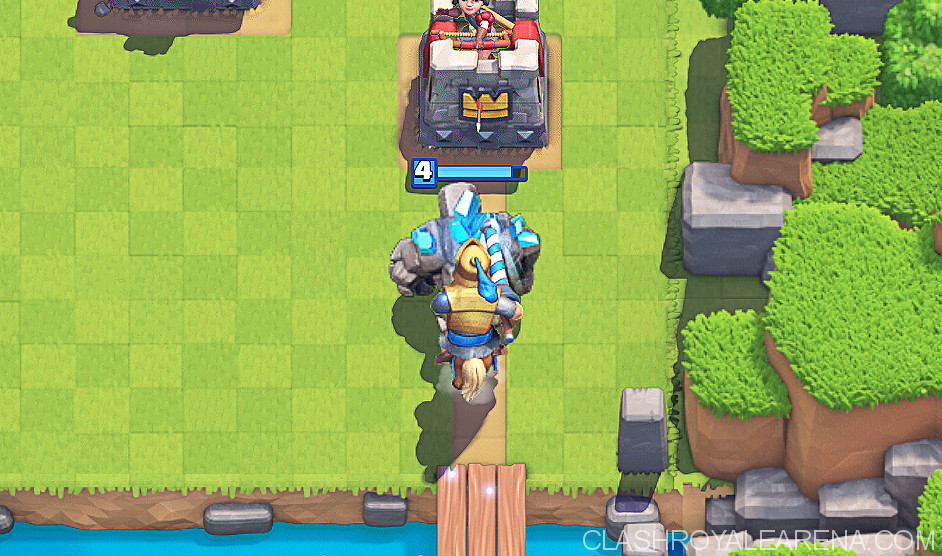 Golem: This is your main win condition, this card became a beast after the its last buff the fact that it can damage air units now makes this card amazing.

Prince: Now you guys may be looking at this card and saying WHAAAAAAAAT. And I know this card is a weird one to have in the deck, however in this deck it is amazing mainly because when supported with the Golem this horse riding knight becomes insane. Why well because what are some things that can counter Golem, well in the current meta Elite Barbarians, Barbarians, Mini P.E.K.K.A. What is common with all of these they can all be taken out pretty easily by the Prince. Also you can use him to take down big tanks while distracting other units like Giants, Royal Giants, Golems etc. All in all this card is amazing in this deck.

The Log: This card is awesome in this deck, it can be used to take down grouped units like Goblins and Skelly Army while at the same time being very synergized with the Golem and Prince. The Log can also be used to take down Princesses for a positive elixir trade. (However if you don’t have this card then you can replace it with Zap.) Zap will work just as well but princesses may give you a problem then.

Read the best tips on using The Log at here.

Mega Minion: This card man theres not much to say about it. This card is amazing yeesh almost feel like this card will never not be a part of the meta it’s just that good. For 3 elixer it can withstand good amounts of damage while dishing out a ton as well. In all this card is amazing use it and level it up as fast as you can.

Read the best tips on using The Log at here.

Archers: These two lovely ladies are back at it before the Princess was on the high horse but these two ladies have been fighting their way back into the arena. Use these to support pushes or to take out grouped units like Skelly Army, Gob Barrel, or Graveyard. In all these two ladies are going to make a huge difference in battles especially because they also can dish up to 500 – 1000 damage if left alone. It’s insane.

Tombstone: I love this defense (I know i said that in my last guide lol.) This defense is amazing in the sense that it can offer you a lot. It can provide great defense against some of the strongest cards in the meta such as Elite Barbarians, Royal Giant, Hog Rider and so on. But on offense it can also be useful. If you place it and then use a tank to guard them the skeletons can do work to the tower. All in all a fantastic defense.

Electro Wizard: This card when it first came out I thought it was going to be stupid. Turns out it’s stronger than i thought. This Shocked man is very useful on defense especially against troops like Elite Barbarians and Royal Giant. Both of these cards are terrors in the current meta but the ability that this card has to continuously zap 2 targets makes it the perfect counter for Elite Barbarians. And to slow down troops by zapping them makes this card awesome. On offense it can help take out Inferno Towers and can keep troops from defending against your troops. If you don’t have him however you can replace him with Musketeer or Ice Golem however you may have trouble with Inferno Towers. If that’s the case i would replace Log with Zap.

Take a look at here to read more about the Electro Wizard!

Fireball: This card is a stable part of this deck. It can clear out big groups of troops as well as take out a tower if low on health. This card is basic but needed.

So now for your game plan.

This is a 4.0 average elixir cost deck so you need to be patient.

First of all defend and when your opponent puts down a big elixir card like a Giant, Elixir Collector, Witch, and so on. Then drop your Golem in back. Or you can drop him when you know you have an elixir advantage.

Once you drop him be prepared to defend as they might rush you. Once you do get the push off remember what they use to counter you so if they use it again you will be prepared. But this is a beatdown deck so you need to push as you would usually push.

But keep in mind that this deck is all about remembering your opponents counters. So if they use Minion Horde don’t use your Prince unless you know you can Fireball the Minion Horde.

So yeah guys this is an amazing deck I’ve gotten multiple grand challenge wins with it so I know you guys will like it.

So hopefully you liked the deck guide and leave a comment below on if you found it interesting and feedback as well I would love to hear your guys feedback. 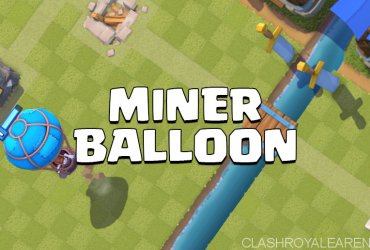 Hey what is up guys, Zigge back with another guide! Today I’m gonna be showing you the LumberLoon deck which I have had the most success with in both Challenges … 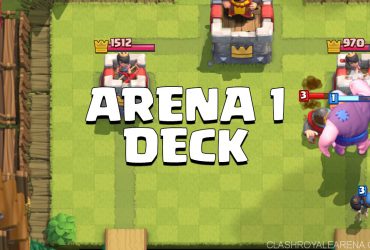 You must be new to Clash Royale! Well if it ain’t your lucky day! You just stumbled upon a great Clash Royale Arena 1 deck that will help you climb …