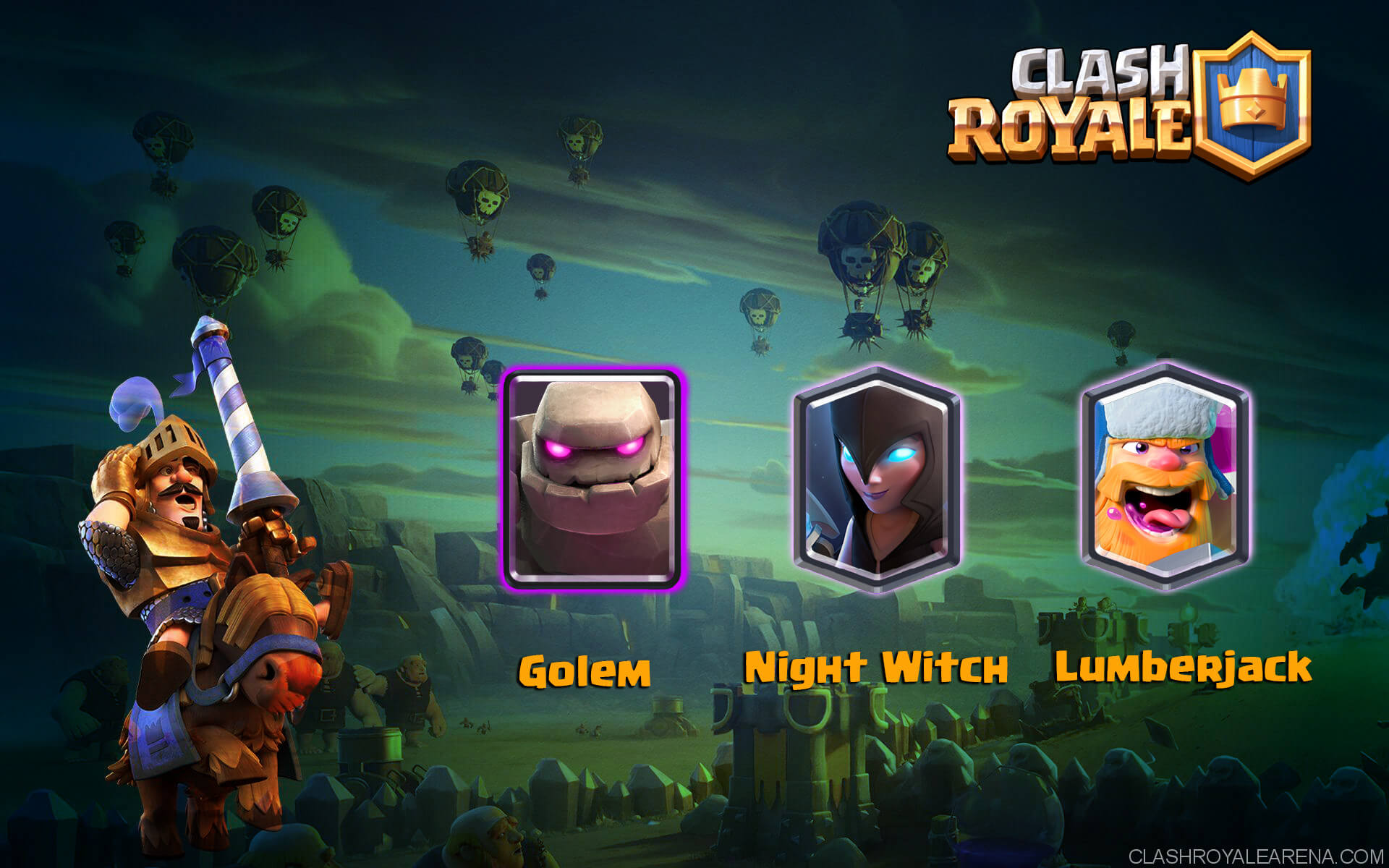 Hey! I’m Dozer9090 with my very first guide and a really good one too. This Golem Night Witch deck w/ the LumberJack has brought me lotta success lately getting me 400 trophies in just one day! 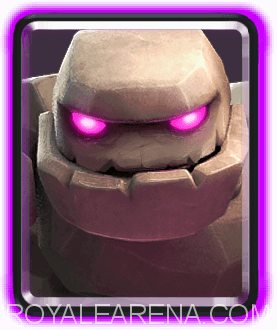 Golem – Being the tankiest troop in the game can withstand heavy blows and can tank for your supporting troops. Also when it explodes it deals splash damage enough to destroy swarms making a clear path for your troops to ATTACK!!!!

Night Witch –  Summons Bats! Has a mean battle staff! Even after death her bats would do her bidding! What else do you want? She does high damage and also spawns bats that are super fast and will eat up on the enemy units! Paired with the Golem is unbeatable and does great on defence as well.

Electro Wizard – Lands with a Pow dealing area damage and stunning all troops! Makes inferno tower, inferno dragon and sparky trash making an easy way for your golem. Does great on defending and also can be used to deal with swarms once arrows have been used and then counterpushing!

Lumberjack – This badboy is really underrated and definitely is really good! It has the speed of flash and high damage just for 4 elixer. When paired with your push he can do wonders killing all ground units stopping the golem really quickly and after death drops rage bringing trouble for your opponent. Also can be used for punishing your opponent once he’s out of elixer.

Mega Minion – An armoured minion with incredible dps and cannot be arrowed or even fireballed! This is really great on defending and also as a support card for your push. This one shots minions and can deal with many troops just for 3 elixer!

Lightning – This spell is super usefull in this deck and lemme tell you why? Suppose your electro wizard can’t make it to the infernos or sparky or can’t deal with the enemy defending units, This is the best spell for that as it can’t be avoided. It also is really good at defence and can shut down three muskies , battle rams, mini pushes or even elixer pumps! What else? Resets enemy units too!

Arrows – Quite self explanatory. Can deal with hordes easily! An opponent using hordes for your push? No problem!

Elixer Pump – As this deck is a heavy 4.8 elixer deck this pump really helps you out gaining elixer advantage over your opponent and also can save your tower for last minute moments as it’s a building that will distract all troops!

In this first minute all you need to do is find out what deck your opponent is using and what his counters to your cards are and mostly play defensive and only counterpush. (Or you can place your golem at the back if you know the opponent can’t punish you for doing that). Also you gotta pump up! Get some elixer advantage!

By this time you must have got the hang of your opponents deck and his counters to your cards and also must have pumped up for an elixer advantage. Dealt some damage on his or her towers or made positive elixer trades. By this time what you should do is start building your push. Start by putting a passive golem at the back of your king tower and get your night witch going although don’t stick her right behind the golem as it could get damaged from splash units. After you’ve done so keep your lightning spell ready or put down your e – wiz or support cards you need behind it suppose a mega minion for his valkarie.

This is the time to get crazy! It’s 2x elixer that means the time your deck should really shine and punish your opponent! Put as many troops behind your golem and keep your lightning handy as always! Also pressure both lanes by putting an LJ when you know the opponent has over committed on elixer on one your golem push. Now that fellas we’re ready to roll into the arena with this deck you might want to know how to deal with some specific matchups.

Pekka – Before it’s double elixer you might face some problems with her trust me in 2x elixer she’ll get wrecked. To deal with her is to pull her using the night witch into the other lane and put your E-wiz far from her as his stunning will do wonders and if it got bated, you could do the same with the mega minion as it has high damage. When it’s double elixer the night witch collected bats behind the golem, the lumberjack and the mega minion will wreck her faster than you could say “Butt-er-fly!”

3 musketeers – This card can be wrecked when it’s on your side of the bridge with LJ and mega minion or e wiz and then cud result into a counterpush. It also gets obliterated from Lightning! This deck won’t be much of a bother.

Log Bait – This deck could be a bit of the trouble as it has the goblin barrel and gang and we have no splash in this deck although mega minion can really help in clearing princesses and goblin barrels and also you could use arrows. The Inferno tower can be dealt with the lightning and e wiz.

Mega Knight – This is similar to the Pekka counters but you don’t wanna pull it using the night witch as it would jump on it crushing her. What you want to do is right after he crosses the bridge don’t let him jump and put you night witch right next to him and put mega minion or e wiz for support killing.

Lavaloon – Not much of a bother as long as you kill the balloon first as lava hound can be dealt with later due to it’s extremely low dps. You wanna use your mega minion or ewiz for the balloon and then for the hound or even the night witch’s summoned bats can help in clearing the hound and it’s pups.

Hog Rider – HAHA! No worries you have a night witch, mega minion and ewiz.. What else could be the hogs worst night mare?!

Golem / Golem Night Witch – It’s better than other golem decks as you can really rush and it’s an assured win as long as you play smart making positive elixer trades. 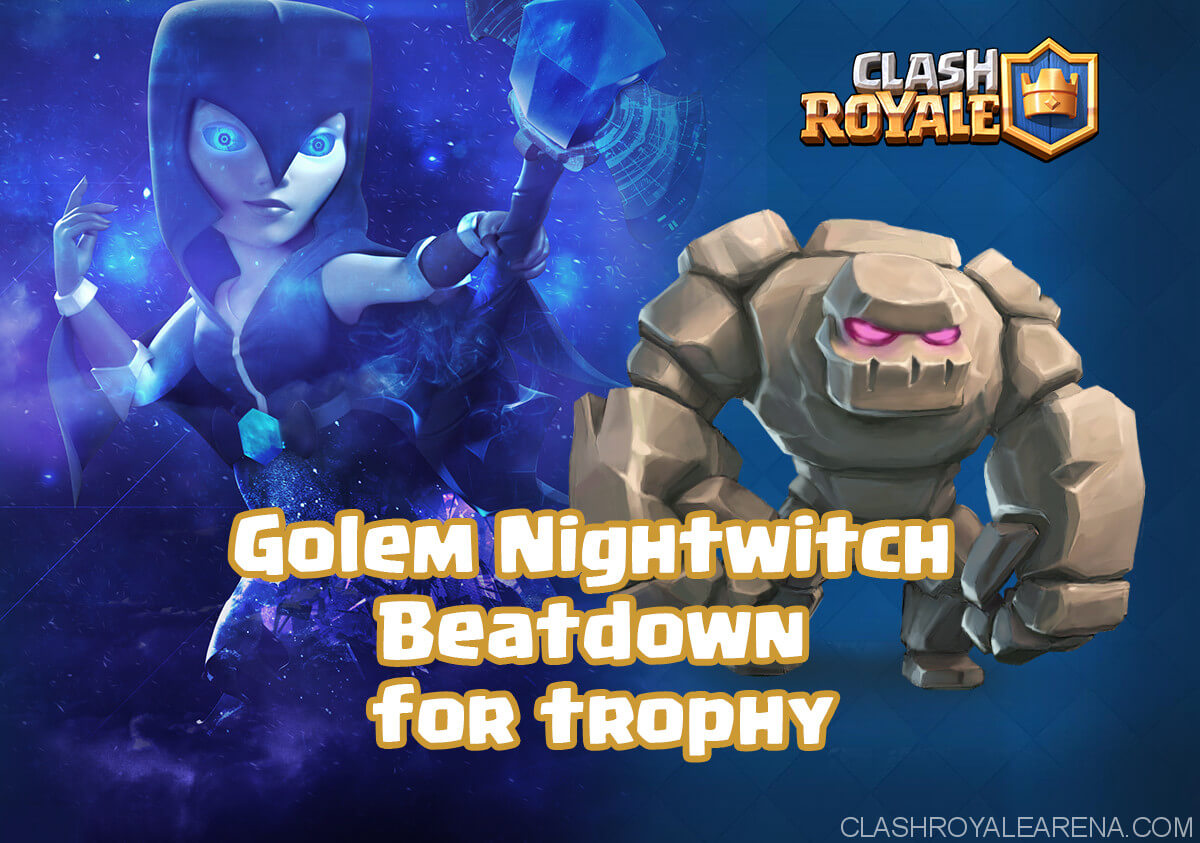 Now that you are fully informed about this deck, you’re ready to roll into the arena! I think I’ve covered everything and this deck will bring you wonders like it brought to me. Hope you like this as this is my first one and will definitely improve in the future.