Hey guys, it’s NebulaNoodle here again with another guide after a long time! Today I’m presenting to you an extremely good Giant Prince deck for the new meta. 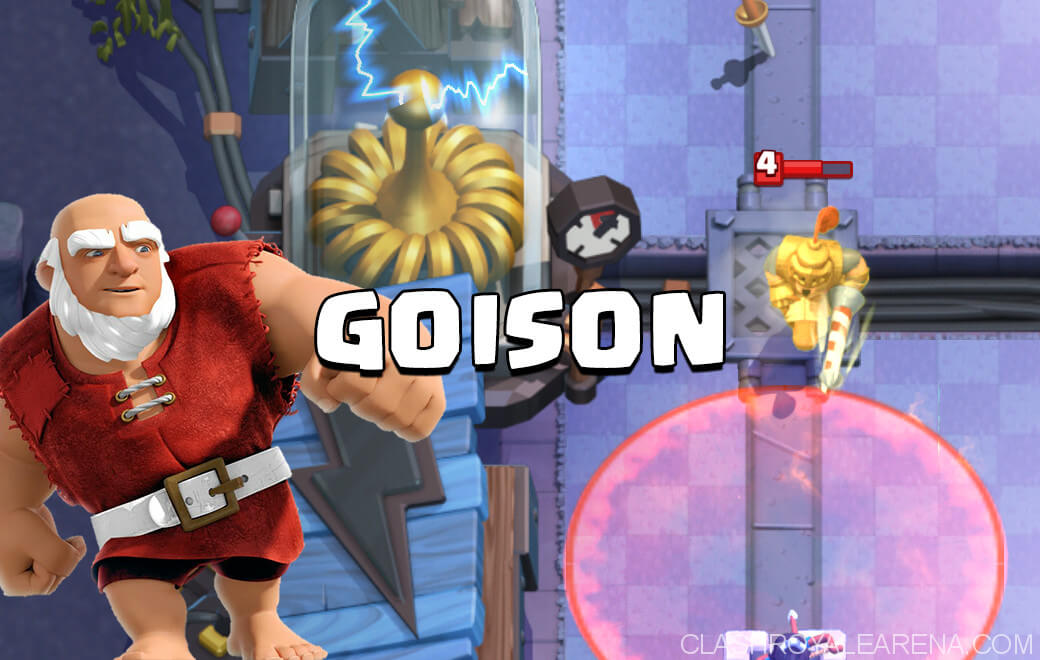 You will want to be using him frequently and aggressively, even in single elixir, building up pushes with Prince and Mega Minion and Musketeer, mostly.

This deck is very cheap (only 3.4 elixir!) So don’t play like a slow beatdown deck, testing out the opponent’s deck, or else you won’t be getting enough damage!

One of the best support troops of all time.

Can take out glass cannons with ease, does really good damage, and is especially good and a staple in tank decks.

Musketeers have been firing guns since Training Camp!

Another staple tank support, can take out troops from long range.

Take advantage of her long range. Place her in the other lane to defend something (as she can fire across the arena) and place a Giant in front for the counterpush!

Prince is everywhere in ladder after the buff.

He is pretty good at killing tanks and great against support troops, like the Mini Pekka. Increasing his hitspeed and hitpoints will massively affect the usage rates.

He will be much more of a threat to deal with, with higher DPS.

Combined with Giant and a small spell, he is a threat to be reckoned with.

He also protects the Musketeer/Mega Minion from Mini Pekkas or the like, and can be used as a win condition as well.

Finally these bone brothers with shields have gained some love with the recent buff.

They have replaced Goblins in virtually every deck, being an extremely solid defensive unit (their shields are incredibly useful!)

Don’t use them on offense, use them like you would with Goblins, but just don’t cycle them.

They do quite well versus a Hog, and they even have a slight range (like the Prince) because of their swords.

Their DPS has increased massively. Get them in your deck NOW!

Right, this deck needs a cycle card. Here you have one!

Even though all the spells got a tower damage nerf, it doesn’t really matter as much as cards like Log, as you will rarely be using Zap to chip away at towers.

In rare cases, you will need to cycle your Zap at the beginning if you have a bad starting hand.

Great to reset troops (not to take out Inferno Towers!!!!!)

Always works in a Giant deck to get nice juicy chip damage.

Don’t use it on offense until double elixir when you can start forming massive pushes.

Remember, it still does normal damage to troops/buildings, just not arena towers, so it’s completely fine to use.

Play quite aggresively, and keep making quick pushes with the Giant.

Like I said before, this deck is not a slow beatdown with pump. Gaining elixir advantages is not as important, but of course you should be managing your elixir.

I suggest putting your Prince at the back and when the Prince is almost halfway to the bridge, place your Giant to not risk your Prince going in front of your giant.

You want to be using your Prince to protect your support.

The Poison will be crucial to use later on.

Don’t use pre-poisons unless you know their counters, which is why you shouldn’t use your poisons too early, or else your opponent will be able to punish you quickly for wasting your poison.

This is the elixir-advantage-generating card and probably the most valuable card in the deck!

Don’t be afraid to spam support behind the Giant and ending up with no elixir.

If you have a massive push on one side, even if you have no elixir, your opponent won’t be able to punish effectively because they will need to spend elixir defending your push.

This doesn’t just apply to this deck; it applies to most beatdown decks.

This is where you can overwhelm your opponent!! Send in lots of Giant pushes.

Keep applying pressure, this is the key to success in this deck.

Force your opponent to spend lots of elixir defending so he won’t be able to attack.

Don’t use Princes on their own without a Giant, you need them on defense and for the counterpush.

You could possibly just poison cycle for the win, it’s totally fine.

It’s just best to overlevel your Poison to get maximum value and kill those glass cannons!

The key is poisoning the Minions, who will be your biggest threat if you waste your Poison.

Place your Mega Minion to distract while your Musketeer can kill. This deck sort of lacks an anti-air tank killer so tower trade if needs call for it.

This might be tough if you don’t play the deck right, especially against seasoned Golem users.

Prince has high HP to kill support troops, and Poison everything on the map!

Again, you can tower trade.

Supercell basically nerfed Spell Bait decks but in case you come across one when using this deck, I’m writing this!

Save Zap for the Barrel and Poison Princesses/Goblin Gangs.

I’ve been seeing Miner Barrel Bait decks recently, so you should apply this to that deck too. Guards are great against the Miner.

No one is using Rocket now really, as 5% out of a high damage spell really hits the Rocket hard.

Against Hog Cycle, which people still use (presumably because the damage/HP wasn’t nerfed), defend minimally and crush with the counterpush.

Reset buildings’ targets with Zap. Hog Exenado is popular nowadays, so Guards are a cheap and effective counter vs the Exe.

Against Miner Control decks, like Miner 3M Ram, save the Guards for Miner and make sure you have enough elixir to defend a split push.

Use the Musketeer to snipe away from the other lane on the Battle Ram.

Guards work very well, don’t give them Poison or Freeze value. This is why you should always space out your troops!

You won’t really want to be using Poison on their graveyard continuously as you won’t make the most out of it on the offense.

Beatdown always does very well against Siege but don’t get too cocky.

Place the Giant on the opposite lane, around the distance in the middle of the bridge and tower, to distract the Siege weapon and put something cheap-ish to kill the weapon (Guards?).

Push heavily on the other side.

Chances are you can overwhelm them.

That’s it from me, hope you all enjoyed my latest guide! Feel free to drop me a line below or ask me a question regarding anything.

Merry Christmas and a happy new year to everyone at CRA! You guys made my year great. Have a wonderful 2018 ❤️