Goblin Hut is one of the most underused cards in Clash Royale as most players put it in Spawner deck. I am not saying that Spawner Decks are all bad. I faced some great Hut Decks in Arena 9 but truly the current meta game is not for them. Also, you don’t have to always put the Goblin Hut in Spawner Decks. This card is absolutely viable in other decks.

How to create Pain and Elixir Advantage with Goblin Hut

Goblin Hut is a rare building card costing 5 Elixir and is unlocked at Arena 1 (Goblin Stadium). Due to this Goblin Hut will mostly be the first building you unlock in the game.

It spawns a Spear Goblin every 4.9 seconds which is 2 level higher than the Hut itself (or of the equivalent level in short.)

Spear Goblins have a remarkable ability to snowball (come together and form a big Horde). Even if a card a Mini tank protects them, they can snowball and deal suprisinly a lot of damage and that is why don’t underestimate the Goblin Hut.

Want to see your opponents groan as they are using the Prince on a lane where your Spear Goblins running down every 2 seconds? Want to deal with Lava Hound much easier? Want to make the opposing Sparky going off all the time? Want to make your opponent panic and dealing with the annoying sounds the entire game? Give the Goblin Hut a chance!

Why you should use the Goblin Hut:

But my Goblin Hut is underlevel!

No worries! I believe that the Goblin Hut is one of the least level-dependent cards in the game. Spear Goblin always gets 1 hit to the Tower.

Use the Goblin Hut as the win condition’s support.

But I don’t like the Spear Goblin’s annoying sounds

Neither your opponent. So deal with it, or mute the game!

This part is a very important part of the guide!

Whenever I suggest someone to use Goblin Hut they are like ‘Nah! I will use Furnace instead.’ So this part is dedicated to those. And the recent balance changes has reduced the difference between them so this will help you understand which card you should use.

Note: All stats are at the tournament levels.

→ In the scenario that you place either of the two spawners and opponent doesn’t defend his/her Tower (very unlikely but helps in the analysis) then:

Now, you may be thinking that after all this comparison Furnace deals more damage but this is only at equivalent levels. On the ladder you face opponents with towers at a higher level and a Fire Spirit can be one-shot by a Tower which 1 level higher than it. So basically, the 850 Tower damage disappears.

On the other hand, a Spear Goblin regardless of its level gets one hit on Tower(even if the Spear Goblin is at level 1 and Tower at lvl13) because of its quick initial attack. So, even if you face a higher level Tower, you are guaranteed 650 Tower damage.

Also, one important point is that Fire Spirits only deal particular amount of damage because they die in doing so. However, Spear Goblin’s damage varies as they don’t die so as long as they are protected they can keep dealing damage and even cross the damage of the spirits.

Furnace is less tankier and cheaper than Goblin Hut. But it offers more damage so it is more viable on offense than on defense.

Different placement as per the use:

The placement of the Hut differs as per the way you use it. Defense building means to tank damage from troops and less offense while offensive building means when there are two buildings and Goblin huts role is not for defense but for offense.

When you see a Goblin Hut, the first thought that comes to your mind will most probably be Hut Spam. Now, I know that Hut spam is a hated technique and it doesn’t require skill.

So, an effective way to use Goblin Hut without criticism is in Hybrid Decks.

Hybrid decks are hard to make and hard to master. But if you successfully create a good one and master it, the deck will take you very far as these decks are difficult to defend against.

Goblin Hut is used in Hut Spam Hybrids(Not complete Hut spam) which require a lot of skills as you have to focus on (not-so)spamming Hut and also on offense with the other deck type cards. It is mostly effective as the 3 following hybrids:

That’s all I have to say today. Hope you guys enjoyed reading this and try out the Goblin Hut. 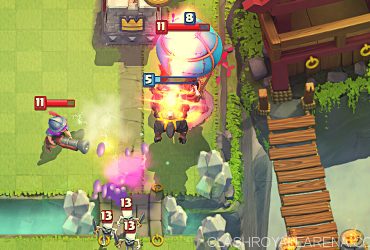 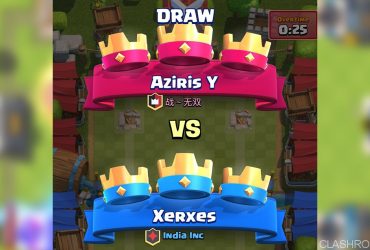 Not only in Clash Royale but also in many other games, the major difference between players who are able to push far in trophies and players who always get stuck …
Posting....