I know what you’re thinking, 4500 trophies as a lvl 8? My buddy ydavidy managed to reach this milestone with his first account. Yes I know you probably think he has max cards or something. He does have very high level cards for a lvl 8, but not for the players at that trophy range! 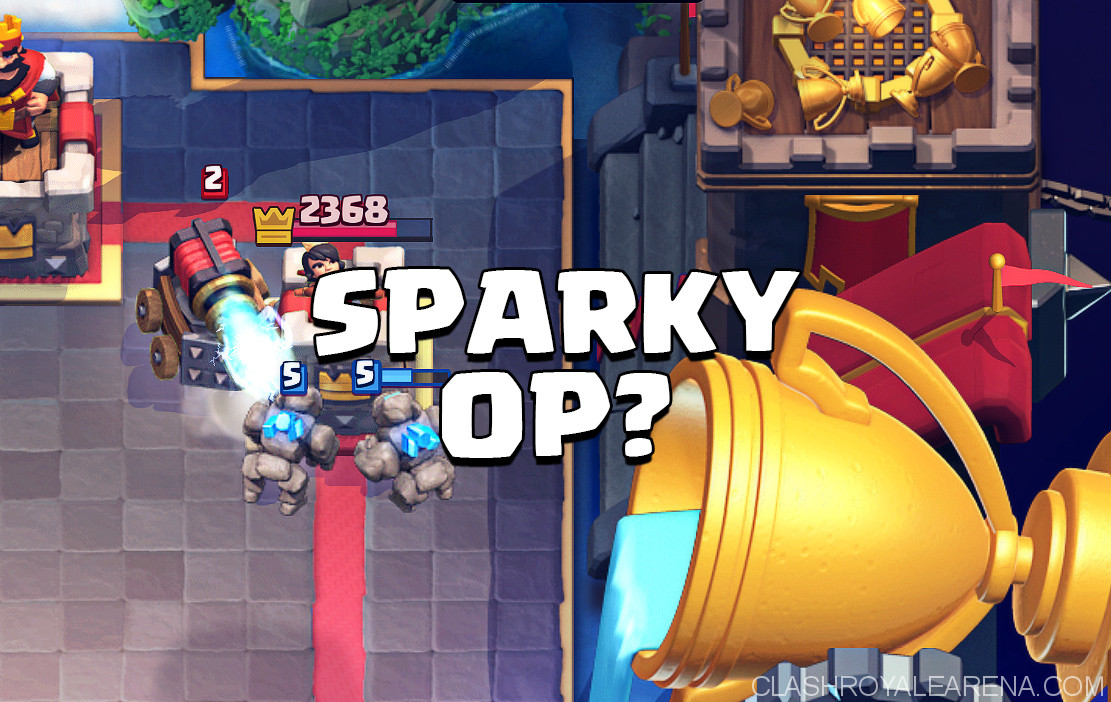 So yes clearly high level for a lvl 8, but players at that trophy range usually have lvl 11-13 commons, lvl 9 rares and lvl 5 epics. Not only is this impressive, the fact that he done it with Sparky is extraordinary!

At the end I’ll include the interview I had with him regarding himself and this deck.

As with all bait decks, if your opponent zaps/Logs/arrows certain cards, you have other cards in your deck that you can get good value out of. For example if they zap you Sparky, you now have Skeleton Army to defend with, if they Log your Skeleton Army, you know they can’t counter your Goblin Barrel easily.

The deck does contain a Pump, and a Giant. This is interesting because it has now turned into more of a beatdown deck than bait. Again with the aerial troops, you have Minions which contribute to the bait element and Mega Minion that appears more in beatdown decks.

This deck is extremely simple to use. The Giant is the win condition, and EVERY other card are just support units/spells. At first you want to defend for positive Elixir trades and place Elixir Collectors, even if you have to sacrifice some crown tower damage for more Elixir, that’s fine.

Some good starting plays are Giant at the back, or Sparky at the back. After your first defense with for example MegaMinion, you can play the Giant immediately in front for a counter push. More than likely this will get countered but you can now get a feel for your opponent and how to destroy their defense on your next play.

David rarely uses the Goblin Barrel on its own, more than likely he’s going to use the Giant as a tank before he uses it. Defensively, something that isn’t mentioned often is how good the Sparky is at killing tanks. Since ladder is mostly filled with RG and Giant, this fact might highly contribute to this deck’s success. Playing Sparky defensively to destroy your opponent’s big push usually results in a massive counter push.

If you have enough Pumps, this deck is extremely powerful in double Elixir. After playing your Giant at the back, you can now use every card in your deck to support it and even cycle to a second Giant. Try and apply more pressure during the end of your push. For example if your push is ending don’t be afraid to throw in extra Minions or a Goblin Barrel to make use of your Giant’s remaining HP.

A difficult matchup for this deck is against Lavahound. Your only air counters are Minions and Mega Minion. If they play hound at the back, I usually see david rush the other lane with Giant + Minions and even Skeleton Army or barrel. Your opponent won’t have a lot of Elixir to defend with so you should end up doing quite a bit of damage.

Is this your first account? Have you spent any money on the game?

What is your favourite card and why?

My favourite card is the Elixir Collector because in my opinion it’s one of the best cards to use against higher level players.

Why did you decide to play this deck/How did you come about using it?

I am a F2P player, so I concluded that the best way to compete on ladder is to decide on 1 deck and try and max out the cards in it. I thought this deck was pretty powerful so I went for it.

Have you any general tips for playing this deck on ladder?

Never overcommit. Always try and spend less Elixir than your opponent, then Pump up. If you have enough Elixir, sometimes it’s good to put pressure in both lanes in double Elixir time. Try and learn to be aware of your opponent’s Elixir. With this deck you can counter almost any card with the Sparky if played properly. I’m happy if people Rocket my Sparky because that means my Pumps will be untouched.

Is there any decks that hard counter this one? What do you do against them? For example, what do you do when someone has the Rocket for your Sparky?

Fast decks are usually good against my deck. My Sparky gets less defensive value when I play against Hog, Miner, or Graveyard. Thankfully these decks are less common than Giant and royal Giant on ladder. If I play against someone that Rockets my Sparky I’m ok with it. This means that they probably won’t be able to deal with my Pump and I will gain Elixir for a big push

What are your goals? Are you going to keep playing as a lvl 8? When will you upgrade to lvl 9?

I am going to upgrade to level 9 any day now. I don’t try and stay at lvl 8 specifically, I just upgrade the 8 cards in this deck and soon I will naturally reach lvl 9. My goal is to try and reach global 200 as a lvl 9.

I don’t know about david reaching global top 200 as a lvl 9, but I wish him luck, dream big right? David is an extremely skilled player to be able to reach so high on ladder as a lvl 8. This Giant Sparky bait deck is more for ladder play than tournaments or challenges, so keep that in mind.

I know Sparky has been dubbed the trashcan on wheels, but there’s still quite a lot of Sparky fans….or perhaps you were a fan a few months ago when it was the only legendary you had! Nevertheless give the deck a go!

I hope you enjoyed this guide, if you have any suggestions or questions on the deck don’t hesitate to ask them below, as always I would appreciate it if you could check out my youtube channel for quality gameplay and top end decks! 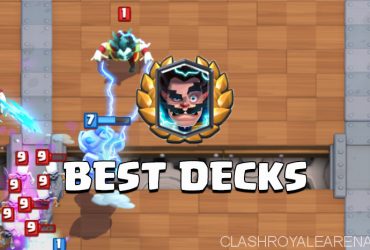 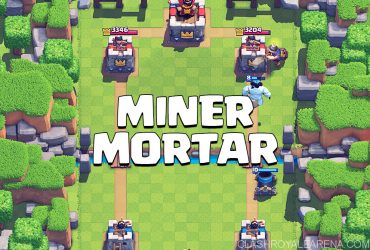