Hello everyone Savitar here again with a Giant Skeleton Hog Rider Deck with wait for it no legendary cards. Now until now I had never liked the Hog Rider. I’ve always been a really defensive player and I didn’t like that most Hog Cycle decks were really vulnerable in defense.

That being said I’ve managed to create a Deck that fits my play style very well and I hope you guys find success with as well. So without any more time wasted let’s get into the Deck. 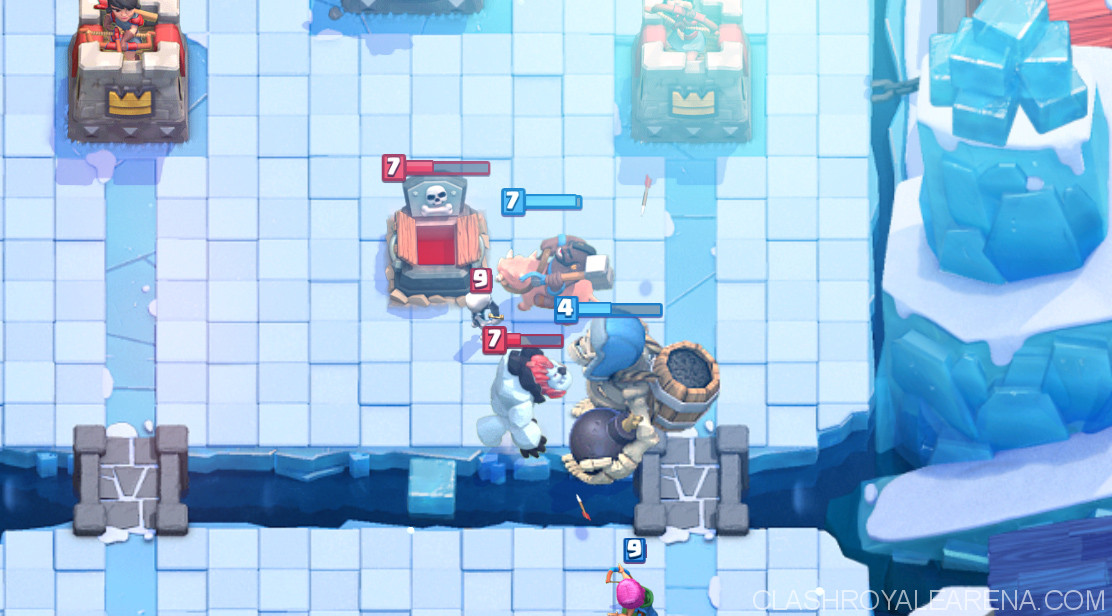 The Hog Rider is one of the classic win conditions and no matter how many new cards that pose a threat to him come out. He never seems to be irrelevant. He’s always there somewhere in the meta and it’s because he is a consistent damage dealer that so many other cards aren’t.

Great against bridge spam and at keeping your towers alive after a Hog push.

He is a necessity in this is Deck and is even better in 2v2 for the soul value and power of his bomb.

On offense he generally won’t get to the Tower but he is a pretty good tank and can even bait out counters for your Hog.

Everyone knows the sheer power and ability to pick apart pushes on defense the Executioner wields. But in offense he is a great support troop behind the Hog or Giant Skeleton and can even unload a lot of damage bye himself if not countered.

While it may not be the best counter to some cards the Tombstone is gaining value in the rise of bridgespam and P.E.K.K.A.

Combine it with Executioner Tornado for a nice defensive stop without having to use your Giant Skeleton.

The ultimate annoyance spell pull your opponent’s troops back to either keep them off your Tower or to use an Executioner on.

Almost every Deck needs a point damage troop to focus on one unit while the splash damage is for a large group of troops.

The Mega Minion is extremely versatile and Cannon die to Fireball which is a huge advantage when both pushing and defending.

The main damage spell for this Deck the Fireball. Sometimes you need something to take down a Tower other than your Hog and that’s the Fireball’s job.

On defense use it to clear large amounts of troops if you don’t have another response.

Zap. The Zap is pretty basic but essential to the Deck it clears swarms and resets IT’s, Inferno dragons, and Sparky.

When it comes down to strategy this deck is pretty basic.

Push with your Hog applying pressure defend and counterpush and so on for the entire match basically.

Split pushing can be good sometimes but usually only when the Giant Skeleton is on one side because of the amount of attention he takes from your opponent.

Remember while it’s okay to be aggressive offensively this Deck is a defensive and should be used cautiously when making a decision to attack more than defend.

Graveyard – Against Graveyard decks it’s usually an intense match that will often go into overtime.

Most Graveyard decks have good counters to the Hog and my best option believe it or not is to defend Graveyard with Exe Tornado and counterpush with a Giant Skeleton in front. Then I’ll either split lane push with a Hog or add a Hog to the mix on an all out push. I think I have a slight advantage but usually this matchup is a toss up of who’s more skilled at which deck.

Royal Giant – Most of the time I win this matchup but it’s another brawl of who can get their win conditions to do the most damage.

While the RG is annoying to defend Executioner Mega Minion works well and a Hog to counterpush if you have the Elixir will put your opponent in a tough spot.

Siege – Although they are falling out of the meta there are still a decent amount of Mortar decks.

All I can say is. Giant Skeleton at the the bridge. And apply pressure with your Hog after taking out the Mortar as they can outcycle you.

Phantom. On ladder these matches usually end up a tie but on challenges it’s easier to win as you have more time to get your Hog and Fireball to the Tower.

A lot more often than not I can get my Hog and Fireball to their Tower than they can get bridge spam Poison to mine.

Read more about this deck at here!

Three Musketeers bridge spam. An easy matchup as you can Fireball the Pump Giant Skeleton the two Musketeers and Mega Minion the lone musket from then you just push with your Hog and you should be fine.

Vietnam Deck. This one comes down to skill as they will have to outcycle you while defending your Hog to get to your Tower.

Most of the time I’m able to win but if I get caught on abs cycle it can end in seconds.

Read more about this deck at here!

Golem NW – Executioner for the Night Witch Tombstone for the Golem Mega Minion for the Mega Minion or the Baby Dragon.

Tornado or Fireball if you have to.

Hog cycle – Tornado the first Hog then Mega Minion and Tombstone the rest of the battle.

I will usually start a Giant Skeleton big push to take their Tower down.

Be wary of Hog Exe Lightning though as the matchup is very annoying.

Once again I hope you guys do well with this Deck and I hope all the f2p players out there enjoy this awesome defensive Hog Giant Skeleton Deck! 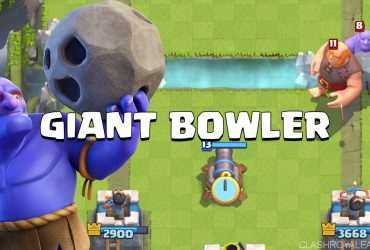 Hey, what’s going on guys! RSivak back again with another awesome deck I’ve been playing with and I absolutely love it! It’s a new and improved Giant Bowler deck, that … 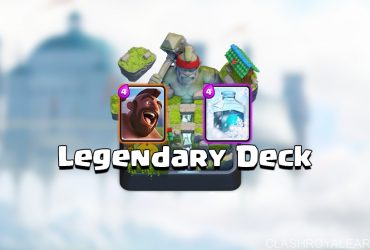 Hello guys, today I am going to show you a new stunning Arena 8 Deck which contains only cards from Arena 4 and below. Sounds great? Also, it contains one of …