Hopefully, this guide will help you with both of those problems.

This deck is really quite good and tends to do especially well against the classic spell bait control deck featuring Knight, Rocket, and Inferno Tower. 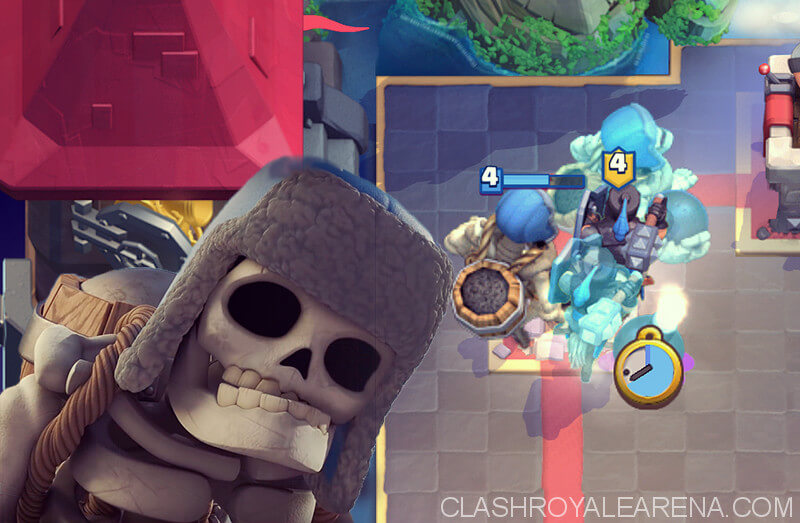 This deck started as a joke, but it worked so well I had to share it.

Just a word of warning: This is not a ladder or challenge deck

It rushes for wins and has short matches, making it extremely effective for winning timed tournaments, but a few terrible matchups make it too inconsistent for Challenges, and it has too many problems with overleveled interactions to work well on ladder.

This guide will all be assuming cards are at tournament standards.

The deck has won me multiple random tournaments (some of which I joined about a half-an-hour after they started), and it brought me to my trophy record for the season on ladder.

This is a very hard deck to play and describe the strategy for since it requires so much adaptation. With a slow cycle and a lot of options for pushes, you will rarely be defending the same way twice in a row.

In the early game, you need to learn your opponent’s deck quickly. Specifically watch for anything that counters Clone, such as Princess, Tornado, Executioner, and Poison.

Keep those cards in mind and try to come up with what push will work best (usually Giant Skeleton with one or two supporters and Clone at the ready).

The game can go one of two ways.

In general, sacrifice some damage and play riskily to try and get that push that destroys a tower (or even gets the 3 crown).

This is the main tank of the deck. He is low-health for his cost, but he packs a good punch if he makes it close enough to the tower.

Use some 4-cost supporters to defend a push, and drop Giant Skeleton in front for a very threatening couter-push.

One of the biggest mistakes I see with people new to Giant Skeleton + Clone decks is when they decide to use Clone.

Most people want to wait until the Giant Skeleton reaches the tower so that he does double the damage. The problem is, this rarely happens.

Clone‘s purpose is to help him reach the tower.

Usually, I play it right after he crosses the bridge so that his 1-health counterpart is quickly destroyed and leaves a bomb behind. This bomb will act like Poison in that it gives you total control over an area for a few seconds.

No smart opponent will play melee defenses until after it blows up.

This is also the only effective way of clearing air troops like Mega Minion and Baby Dragon (with some help from the Night Witch).

Like the P.E.K.K.A., Giant Skeleton can be played as a tank and then later supported.

This works great against things like Valkyrie, Bandit, and even Hog Rider if you’ll accept some tower damage (place him right in the Hog Rider‘s path so he physically slows it). Also note that he can one-shot Goblins, so he can help against Goblin Barrel if you’re desperate.

Also, if your opponent places a ranged troop (Musketeer, Executioner, Wizard, etc.) in the back and you have full elixir (probably the start of a match), you can immediately play Giant Skeleton at the bridge it is headed towards for a good trade. The ranged troop will start firing at him from a position right next to the tower. If they don’t drop any more defenses, then the bomb will hit the tower. If they do drop defenses, they will likely lose those defenses along with the ranged troop to the bomb. It’s surprising how well this works.

This is an all-arounder for this deck. He can kill support, provide decent DPS, deal moderate splash, and is semi-spell resistant. In a deck with a slow cycle like this, you’ll find he can do many jobs well enough.

The Dark Prince is probably one of the best cards to Clone in the game. The Clone has a 1 HP shield and lags behind the real Dark Prince, allowing him to survive even through The Log.

The main asset a Dark Prince has is splash damage.

He can one-shot Goblins making him effective against Goblin Gang, and when charging, he can take out Archers and Bombers. His charge also has a wide circular hitbox similar to Valkyrie‘s, which means that it can counter any defensive swarms that an opponent tries to drop directly on your push.

When you Clone Dark Prince, this means that troops with as much health as Barbarians will be obliterated the frame they are played on your push.

The Dark Prince also helps take advantage of one interesting aspect of Giant Skeleton: his mass.

When compared to the heavier tanks, Giant Skeleton is relatively light, which means that Dark Prince pushes him to the tower in just 3 seconds! Coupled with the protection of a Giant Skeleton bomb from Clone, this leaves your opponent rather helpless.

Dark Prince can also be used as a weak tank or tank-killer.

I often use him against Hog Rider when I know a Fireball or Lightning is coming. I only use him as a tank when playing the distraction game.

Sometimes, my opponent over-invests in defending my Giant Skeleton before I support it, so I rush the other lane with Dark Prince + support + Clone and let my opponent’s defenses all run into a big boom.

Similarly, I rush if they defend my push with Executioner.

One last trick for Dark Prince requires a lot of predictions.

Play him behind your tower right before an opponent throws a Goblin Barrel, and if you time it right, he will hit the three before they split. If you use Dark Prince in push after that, that’s a free 3-elixir advantage.

This card is the one that I most contemplate replacing, but it’s simply too good when the opponent doesn’t have the right counters in hand, and it’s also one of the only air defenses that synergizes with Clone.

Night Witch is one of the only cards in this deck that is good to place in the back. In the late-game, when you are trying to build a huge push, this can be a good way to start it.

She also is a decent tank-killer. Her DPS with the Bats is better than Dark Prince, and I would call her a “good enough” counter to Hog Rider. This DPS also makes her one of your best supports when trying to destroy a tower (watch out for Zap, though).

Speaking of Zap, she can be used to bait out spells before you Clone everything. If they waste Zap to kill a few Bats she spawned, respond with Clone, which is now much harder for your opponent to answer.

Night Witch, however, is rather weak to splash damage, so only use her if you aren’t expecting Ice Wizard, Witch, Executioner, etc. to be played to defend her.

The best tank-killer in this deck, and a way to make your pushes fast.

If your opponent plays solo Hog Rider, play Lumberjack. If they play Giant + Musketeer, drop Giant Skeleton on the Musketeer to distract it and play Lumberjack to destroy everything. This guy does a ton, and when you use Clone, you get either double DPS, or your opponent uses Zap/The Log, and you get the Rage effect on this chopping machine.

Lumberjack also makes your pushes faster in two ways. First, when you use Clone, his clone often dies fairly quickly, dropping Rage over everything. Second, like the Dark Prince, Lumberjack can physically push Giant Skeleton to victory. One-shotting Goblins is also a plus.

These are both spell bait and anti-spell bait. On the one hand, they are common targets of the same spells that most people would use to try and stop your Clone push. On the other hand, they are the only good response to Minion Horde in this deck and overall provide good splash on defense.

I rarely use these on offense, either for chip damage or as a prediction for my opponent placing a swarm card to defend a push. I would recommend saving them for defense, where they are a lot more consistent.

Fire Spirits also are my favorite answer to Goblin Barrel, since when played as a quick reaction to your opponent tossing one, they don’t allow the Goblins to get a single hit.

Also, with Clone, they can kill most support troops and destroy most of a Balloon for 5 elixir. Only use this during desperate times or when Clone will affect more than just the Fire Spirits.

Pretty self-explanatory. This is the only spell in the deck. It is used in a variety of situations, but in this deck, it especially shines as a way to finish off towers and as a way to get rid of Princess to let Night Witch run unopposed. Don’t waste it on Goblin Barrel, since Fire Spirits are better for that.

(Note that Clone no longer counteracts Freeze. I’m a little annoyed that Supercell nerfed Clone in the last patch.)

Clone is the best response to Inferno Tower that I can think of, especially with Night Witch. If they Zap all the cloned troops, then some Bats will spawn, continuing to stall the Inferno Tower. Always push on the left side if you want this to work.

If your opponent is blocking your pushes, play defensive and try to get some Elixir Collectors down. 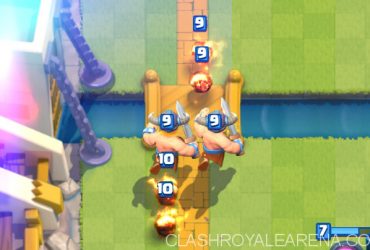 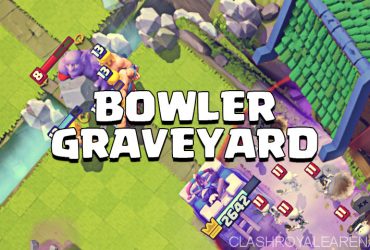