What’s up guys MoonCricket here bringing you a super fun Giant Skeleton Three Musketeers deck that shared by SurgicalGoblin. It involves a couple of cards that you dont see in the meta right now but it works really well. You can check out Clash With Ash’s video on it at the end of this guide! 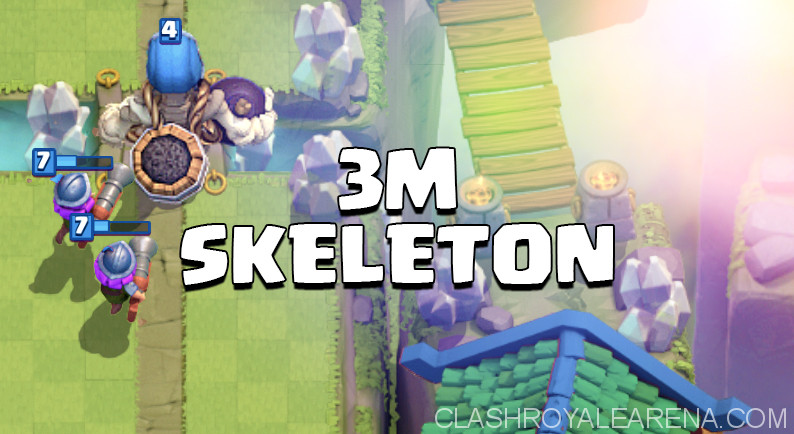 Giant Skeleton – Well the Giant Skeleton is a great card and fun to use. You want to use him both offensively and defensively. On offense he can the tank for the 3 Musketeers and you can push with other cards to try and get him to the Tower because the best thing is when the bomb does like 1000 damage and kill the enemy troops. On defense you just have to place him in front of everything so that when he dies he stops the push.

Three Musketeers – The Three Musketeers is the most expensive card in the game, but really strong when paired with the Giant Skeleton. This is your win condition along with the Giant Skeleton, your main goal is to get these ladies to the Tower to shred it to pieces. They are great on defense too against Lava Hound decks, Giant, Hog and many others.

Barbarian Hut – Yes, the Barbarian Hut is here. You already have 3 super expensive cards so use it wisely. This card is breat on defense because it has so many hitpoints. It can stop a Hog and still spawn a couple of Barbarians. The great thing about this card is that its a spell bait card, for example lighting, Rocket and Rocket, that can kill your 3Musketeers unless they use it to kill the Barbarian Hut.

Elixir Collector – Another Expensive card in this deck, and the last one. You don’t want to start Pumping when the match starts, Pump when you have an Elixir advantage so that he cant rush you in when you dont have Elixir. Only play it when you have full Elixir, its better when there is like 30 seconds left until, 2x Elixir. Plus its another card that can bait spells.

Ice Spirit– The best value card in the game in my opinion. For 1 Elixir you can use it in a lot of scenarios. On defense its great against Hogs because it freezes it for 1.5 seconds, on offense it can freeze any card that your opponent places, but on this deck use it more on defense. Great cycle card too!

Skeletons– You don’t see the Skeletons so much in the meta, but in this deck its a great card to just cycle or distract units. You can kite air units for a positive Elixir trade.

Mega Minion– Even though he got a nerf, its still good right now. The Mega Minion is amazing both offense and defense. Defense it can take down a Lava Hound, supporting units that the Giant or Golem has, Hogs and many other cards. In offense hes good too, if he locks on to the Tower it deals a lot of damage.
More: Mega Minion 101

The Log – The Log is in almost every single deck in the game, brings a lot of value for 2 Elixir. Use it to take down Goblin Barrels, Skeleton Army, Princess and low HP units. You can use it to push back units to make them target another building or troop.

Play slow, Pump up and build up your Elixir advantage to build a massive push that cant be stopped!

You want to be on 2x Elixir and have 2 Pumps down, if you have 1 its fine too. Giant Skeleton in the back, then split the 3 Musketeers, if your opponent doesn’t have a spell to take them down then don’t split them! Then you want to drop the Mega Minion in the Giant Skeleton lane, and drop 1Elixir Skeletons and Ice Spirit if needed to cycle back to your Giant Skeleton or 3 Musketeers. If you have a Barbarian Hut planted before this push, YOU’RE GOLDEN!

There are not a lot of Mini pushes you can do with this deck but here are some of them, but don’t over commit in them!

This deck has a lot of defensive cards:

Giant/Golem deck – Have a Barbarians Hut in this position

The Giant/Golem will go there, drop Skeletons to help kill the tank, while the Barbarians and the Skeletons take the tanks down kill the supporting units drop the Giant Skeleton and that’s it basically, but drop your Mega Minion or, if you have Elixir, drop the 3Musketeers to do it much faster. Place the 3 Musketeers next to the Barbarian Hut if they have lighting because the Lighting will kill the Barbarian Hut 1 Musketeer and hit the Tower

It’s basically the same thing as with the Giant/Golem defense. Distract. The Lava Hound with the Barbarian Hut, drop 3 Musketeers to decimate the Lava Hound and to kill the supporting units drop Giant Skeleton to distract and Mega Minion, maybe even Ice Spirit or anything else if needed.

Save The Log for the Goblin Barrel! Kill Miner with Mega Minion or, I love this part, Drop the Giant Skeleton to kill the Miner and distract the other cards so that when he dies he kills them all with the bomb! For Minion Horde, try to kite with 1 Elixir Skeletons, or distract with Giant Skeleton and/or drop 3Musketeers.

Well that’s it for this guide! Make sure you show some love to Ash in the video and thanks to SurgicaGoblin for creating this fun deck.

Cya in the next guide! You can find me on Twitter @MoonCricket5 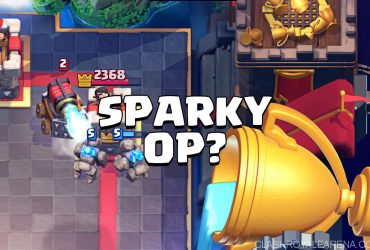 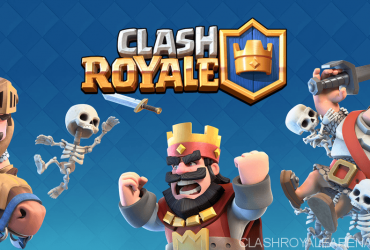