Hello everyone! I told my friends who were new to the game to check out CRA. But they didn’t see many decks for lower levels…

So lower level players, you are in luck! SparkyIsLife here and today I’ll be showing you a great Giant Beatdown deck for Arena 3! This deck took me from Arena 3 to Arena 7.

Let’s get into the cards! 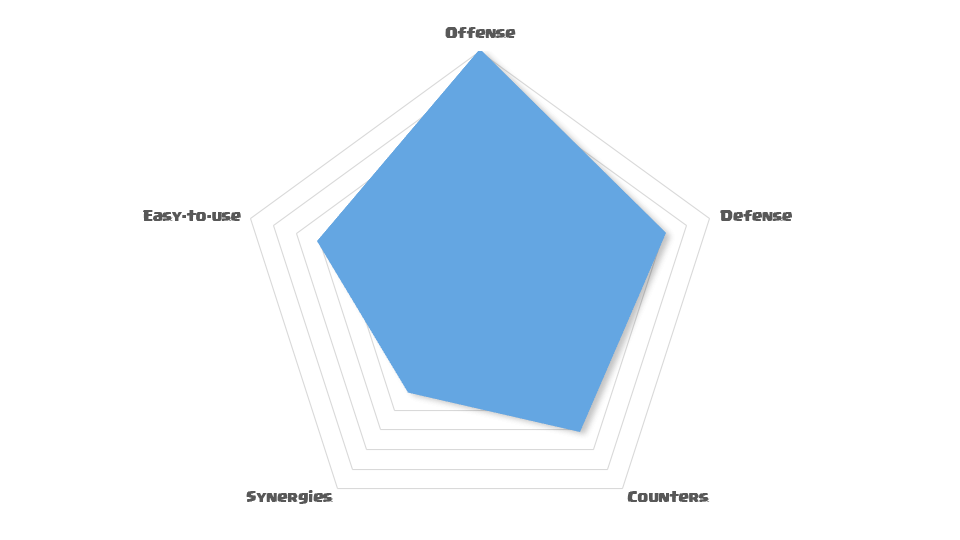 Giant: Your main tank. Get this big guy on the tower with all your support troops and it’ll be game over. He has giant health, huge damage and is only 5 elixir. He’s my favorite tanker in the game right now. Replacements: Giant Skeleton

Witch: Your main support troop. Put her behind a Giant even if she gets Fireballed. When I played this deck, she didn’t even kill skeletons. Now with her buffs she should do a lot better. P.S. Please don’t use Wizard. He is not that good but if you insist, go ahead.

Barbarians: Barbarians or Barbs as I will be referring them to for the rest of the guide are your main defense. They can kill a Hog with 0 shots on the tower and than you can set up for a counter push. If you feel you are losing too much too Lavaloon you can replace them with Minion Horde. Just remember Barbs can fully counter Elite Barbs.

Fireball: Very versatile. Use it on Musketeers, Three Muskets, Wizard, Witch, Ice Wizard as well as something else and Electro Wizard. Just remember: whatever you Fireball must cost 4 or more! It’s true because it rhymes and you don’t get a negative elixir trade. Also never Fireball an Executioner or a Baby Dragon. Replacements: Poison

Knight: This guy is an assassin. He spawns from the sky and is used to destroy back line support troops like Wizard, Witch, Princess, E-Wiz, Ice Wiz and Executioner. Wizard and Witch are very prominent in lower arena’s so keep this guy in your deck. He also has the perfect attack speed for this job. Knight can also be used on offence as a tank/ mini dank.

Bomber: The Bomber does a ton of damage. Exactly 271 at tournament standard. Behind a tank this big guy can do thousands of damage! He kills Archers, all Goblins and Skeletons in one shot! He is pretty hard to deal with for a positive elixir trade. Also you can take out Barbarians and Skeleton Armies trying to ruin your day.Thank god he doesn’t sacrifice himself anymore. (Clash of Clans reference)

Arrows: Your are in Arena 3. You don’t have Zap or The Log. This is the go to spell. It kills Minions , Skeletons, Goblins in one shot and severely weakens Bomber and Archers. Overall a great spell and even better with the new Arrows buff. (33 percent cast time reduction)

If you have Witch or Giant, place it down behind your King’s Tower on the side you would like to push. If you don’t have Giant or Witch, place down Knight, Bomber or Archers in the back. Just don’t put anything at the bridge.

If your opponent rushes you, defend the push with your Knight, Witch, Barbarians or a combination of them. Than go on and counter push. It’s OK if you don’t take the tower on this push, just don’t overcommit on your counter push or you will be punished.

If he keeps rushing you, set up your counter pushes and just keep damaging his tower.

Double Elixer is where this beatdown deck shines.

When double elixir starts up, throw your Giant in the back. This is now time to start up your big mother of all deathball pushes.

If your opponent is kinda smart and tries to rush the other lane analyze the push.

If you think you can survive the push without it taking the tower, you don’t have to spend all your Elixir countering it. It’s okay not to put the perfect counter and use the extra elixir to start your deathball push.

Throw your Witch behind your Giant and start cycling your 3 elixir troops behind (Knight, Minions, Bomber in that order).

If you see your opponent Fireball, put down Barbarians to reinforce the push.

Warning If your opponent Valkyrie’s in the middle of your push it can destroy a lot of it. Proceed to take the tower or severely cripple it. If you have taken the tower, you have a choice to make. If you think your push is big enough, proceed to go for the 3 crown. If you don’t, sit back and start a push in the opposite lane, like how you built the other push. Let your push that just took the tower play out.

Prince: The Prince is extremely common in the lower Arenas. But the Witch and Barbarians shut him down very nicely. If you make positive trades, you shouldn’t have a problem. Check out how to make good trades at here.

Elite Barbarians: Barbarians work great against Elite Barbs! If your Barbarians are out of cycle, use Knight and Bomber. Watch out for Fire Spirits. If they use Fire Spirits, use your Knight Bomber combo instead.

Royal Giant: Barbarians. Barbarians are a great shutdown. Also you can use Knight + Witch. Place them at the bridge so they can’t get a value Lightning.

Hog Rider: Once again, Barbarians are your saving grace. Try to keep up with your opponents cycle. If he outcycles your Barbs, use Knight.

Any Inferno Tower Deck: Inferno Tower is extremely tough against this deck. The trick is to get the Witch to spawn skeletons in front of the Giant and the Minions to distract the Inferno Tower as well.

Zap/Log Bait: This deck is great against bait. Just remember to save your Arrows for Goblin Barrel and use your splash damage wisely. You should be fine.

Sparky: My personal favorite card sucks against this deck. You can surround him with Barbarians and use Minions + Knight to shut down the Giant and make a strong counter push.

Lava Loon: A tough matchup against any deck. Use your Minions on the Balloon and Witch on the Hound. Fireball their Mega / Minions away and Arrow the Pups. Proceed to offence because Bomber can tear through the LavaLoon defence. (Skarmy and Tombstone)

Golem: Use your Barbarians and Knight on the Golem and put Minions on the Baby Dragon once it locks on to something.
Giant: Use your Barbs to kill the Giant and use your Knight to kill their support troops.

All in all, this is a great deck that I used all the way to Royal Arena. I also used in Hog Mountain a few times and I did extremely well, going 3-0.