Hello my friends, it’s Norbysweg here again, bringing you a fresh deck for the new meta!

Long story short, I’ve has no inspiration for a new deck, so I just watched CaptanPrice and metalbond’s (two Turkish players who specialize in Giant Miner control) replays over and over again, until I made up a deck that would do well against anything it might come across in this new “playground”.

I’ve gotten three 12 wins straight using it, and I’ve come to a deep understanding of all its mechanics, and hopefully you will get the same results too!

As I’ve seen, it works well on ladder too, where a few substitutions can be done if you might want to try it out (Poison for fireball, Inferno dragon for mega minion, etc)! 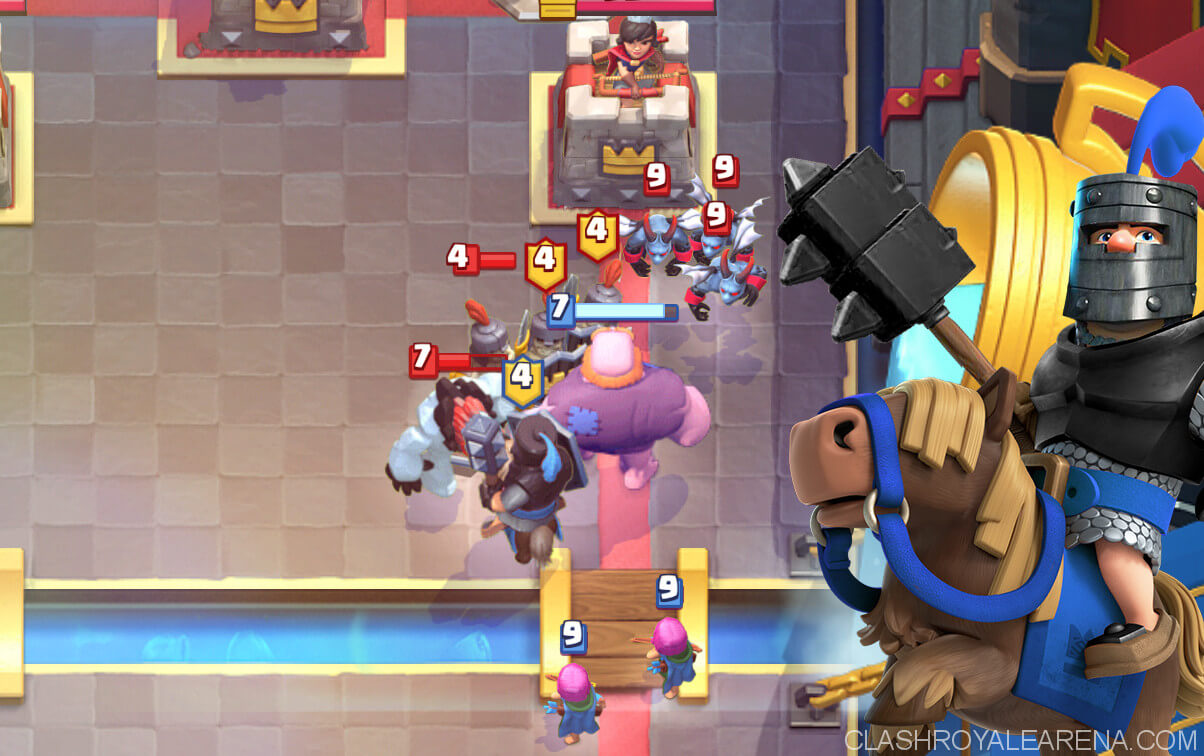 Giant – Your main win condition of course, the Giant is a card that will always pair up with the top meta as being the only punishing tank in the game.

For the cost of 5 elixir you get a huge tank that does good damage on its own too! I mostly use the Giant after a successful defense, for a huge counterpush potential with the Dark prince.

Often times I use my Giant at the back, but only if I Know my opponent has their attack out of hand.

Miner – Some would say that he’s your secondary win condition, but often times he will just be your Giant support, the one who takes out defending units when attacking.

In rare cases, such as your opponent having lots of counters to your tank, you should switch to playing Miner Poison and leaving the Giant out of the equation.

Your Miner should mostly be used as a support distractor or chip damager, but he does well on defense if needed.

Dark Prince – The star of this deck, the Dark Prince is a stable defending card and a great punisher, with his fast charge and speed.

He pairs up well with most of the cards from this deck, and is still a very good pick despite the nerf he got.

For example, if classic 3musk player pumps up at the start, I push him with the magic punish and Poison his Pump, use my Zap or Ice Spirit if needed, and there’s no way he can defend it!

And please, oh god, always push the same lane where the Pump is, so you can get more Poison value.

Inferno Dragon – Your main defensive troop, I chose him for the potential to bait out spells, huge damage and very high potential at counterpushing.

It might sound weird, but maybe half of the towers I’ve taken with this deck were critical Inferno Dragon damage!

I reacted the same way, because I saw that it acted so much like Prince, and supported the entire push crazy well.

In defense, he has two major roles, or two major ways to use him.

Let’s say the enemy starts with the Giant in the back. From here, you could go Giant Dark Prince on the other lane for a super successful push, or Giant in back same lane, and hope to outdps his push, so you can counterpush after.

Archers – Another great defensive card, these two give you the potential to deal better with air, swarms, and everything else by splitting them.

Their long range couples up extremely well with the rest of your deck.

You will mostly have to play them spaced out from the rest of the troops so the enemy doesn’t get spell value.

I recommend splitting them as often as you can, unless the enemy pushes one side hard (for example, against Hog Mortar it’s the best to split them, because they rely on split pushes, but Golem mostly relies on one side, so place them grouped.

It pairs up well with most of the cards in this deck.

It helps vs all kinds of defense, including Hog, Graveyard, Giant, 3Musk and most other matchups.

Your spells, more info on them later.

Probably your best starting move is Archers in the back, or Ice Spirit at the bridge.

If your opponent starts first you want to play accordingly.

If they start passively you do the same with the moves above.

If they focus on one lane you can use Inferno Dragon or Dark Prince.

If they Pump or tank at the back you should punish.

I don’t recommend starting with Giant in the back, only because this deck has more counterpush and punish potential than building up a push.


In single Elixir, you will always push from counterpushes or punishes.

A counterpush will usually have the Inferno Dragon, so that means you have a current weakness to swarms.

From here you can either play a Dark Prince, or an Ice Spirit and Zap, but whatever you do and however you attack, always have enough Elixir for Zap.

One of the things that won most of my games were the classic counter attack outplay.

I had my counterpush up, and in most cases some kind of support card took my Giant out, for best results you can just send a Miner most of the time to extend your push.

With your Zap In hand and the leftover troops from your push (most importantly the Inferno Dragon), you have good chances of taking down the Tower.

Basically just extend your push with the Miner just before the Giant dies, and make sure you have your Zap in hand.

If you already used it, that means your opponent shouldn’t have a swarm counter to your Inferno Dragon.

Your main focus is getting the Inferno Dragon to stay alive long and do the most damage to the opponent’s defense, so you obviously want to protect him from Bats, Minion Horde.

Then there’s no point for Zapping a Goblin Gang for example, when you know they have air counters to your Dragon, it’s only worth it in the last moment of your push, or in critical defense.

Something you should always remember, really when to use Miner, when to use Poison when attacking, and this differs from matchup to matchup. 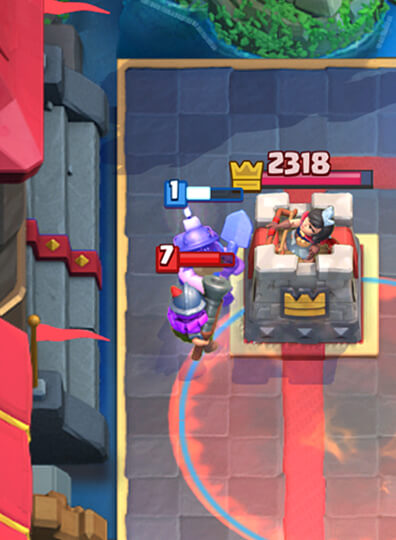 If you’re playing vs Hog 2.6 for example, you obviously want to Poison the Cannon and the area between, so any pesky troops don’t distract your attackers.

A prediction Miner on the Musketeer can be a great play, and it’s essential to always save your Zap for Skeletons that might be there to protect her.

The 2.6 usually defends with Cannon in the middle 4-3 placement, and Musketeer on the side. 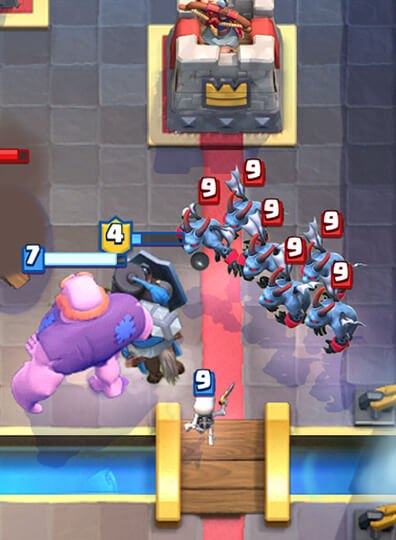 Now for a more complicated matchup like Mortar bait, you don’t want to push all in as they might just Minion Horde it all without you having enough Elixir.

One of the tricks I like to do is do my Giant Dark Prince push, and when I expect the Minion Horde, I just place Archers at the river and Zap them.

Killing the Horde is the most essential part in all of the defense.

From here you can just Miner the Tower’s edge to kill the Spear Goblins he might use, and just save your Elixir for the counterpush he might do.

Don’t use the Miner vs troops like Zappies or Flying Machine, the P.E.K.K.A Hut deck, because he gets no value. Instead, Miner the Hut and Poison the Zappies.

Always use Poison in valuable situations, and Miner their essential support troop/tank killer. 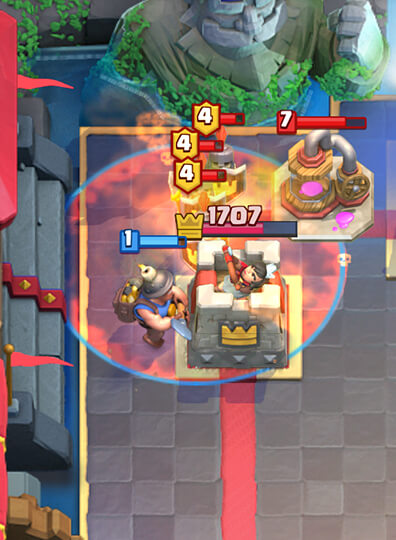 There’s not much reasoning behind Poisoning in attack, but there’s a window for that too!

Once they’ve used their Ice Golem or tanking troop in defense, you can safely use Poison because they have their tank out of hand.

Now for the tricky part, killing a Pump.

There are 2 types of punishing you can do, depending of the opponent’s deck.

When the punish push is out of hand, I like to do the juke Miner Poison on the Pump.

Listen up, they place a Pump.

Instead of sending Miner on the Pump, you send in on the Tower, and immediately Poison the Tower and Pump, and you will magically catch his troops meant to kill the Miner in the Poison!

If you only have the Miner in hand, there’s a cool placement (only if the Pump is played in front of the King Tower!) to use. Send the Miner to the exact top of the Pump, not between it and the Tower. It creates a weird animation, and the Miner will ignore most troops meant to distract him!

He charges up slowly and is vulnerable to Lightning Zap and what else.

A trick I like to use is when your opponent’s push is close to the bridge, make sure there are no troops that kill him quick or stun him, place the Inferno Dragon in the front to get more time to charge up!

This is most valuable against Golem and Hog.

For example, vs Hog Lightning my key defenders are Dark Prince and Inferno Dragon. If the opponent places an Ice Golem at the bridge and prepares, I’ll put the Inferno Dragon as forward as I can, just to not get hit by Lightning and kill the Ice Golem fast, or even the Hog in few cases. Another cool prediction you can use is Dark Prince in the back when expecting a push. This gives him enough time to charge and splash the entire push, before the opponent realizes it’s too late, this is the best counterpush starter.

So that’s all about this deck guys! I’m still searching for solid interactions and tech with it, and I’ll keep you updated in the comments section! I hope you enjoyed it, best of luck using it! See you later! 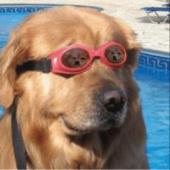 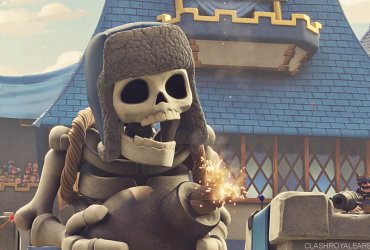 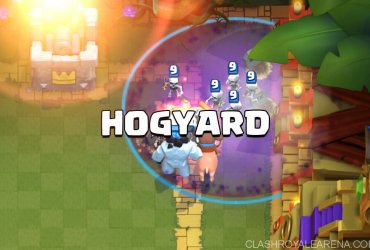 Hey guys i am SageTheBatman and I am back with yet another deck which had helped me cross 3500 with a little alteration due to meta change. I am sure …