Hello guys, today I am going to show you my new favorite deck which got me lots of trophies recently in Arena 9, the Giant Lightning Deck. This deck contains the new member of our Clash Royale family, the Mega Minion. It also contains Lightning, one of the most underrated spells at the moment. 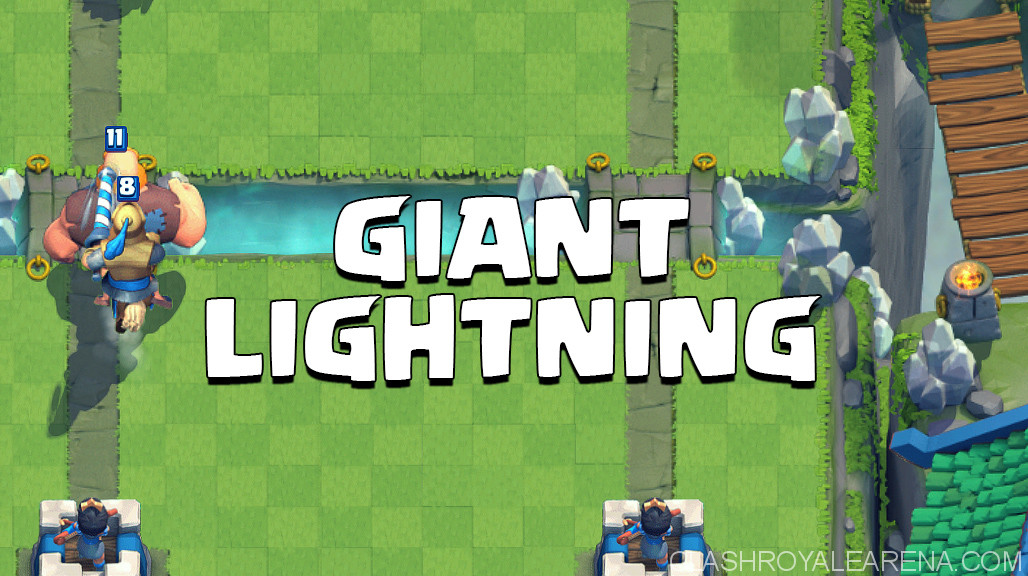 Giant: Not much thing to say. One of the best cards in the current meta game. He offers insane HP and damage for only 5 Elixir. Always start the push with Giant behind your King’s Tower, unless you have more than 2 survived troops after the defense.

Lightning: Since the recent update, I have been playing with Lightning a lot. Lightning now offers the stun effect. The Lightning now offers not only huge damage but also the 0.5s stun effect, just like the Zap. It can easily shreds the most popular cards in the current meta game (Valkyrie, Mini P.E.K.K.A, Three Musketeers, Witch, Wizard, Ice Wizard…). Lightning is excellent against Hog Trifecta, Giant Bowler, P.E.K.K.A Double Wizard, P.E.K.K.A Double Prince… Not really much people know this, Lightning automatically hits troops which have the highest HP. Its AoE is also pretty large so you can easily cover almost any push. Since Lightning costs up to 6 Elixir, only use it If you can hit 3 targets, otherwise, use it in the emergency situation.

Prince‘s main job in this deck is to protect and push the Giant faster. I usually drop the Prince down 4-5 tiles behind the Giant so he can push to Giant to the enemy Tower in just a few seconds. Not much thing to say about him. Great card overall! It’s extremely funny to see Prince pushing the Giant. Don’t replace Prince with Dark Prince sine this deck has a lack of defensive DPS.

Ice Spirit: Who does not use Ice Spirit in the current meta game? He just offers too much with only 1 Elixir. The 2s freeze effect with good AoE is insane. Excellent on both offense and defense. Couple him with your Giant in order to deal with any defensive building, Mini P.E.K.K.A, Minion Horde… Or, on defense, you can freeze the enemy coming, give your Prince/Mega Minion more time to finish off the target. Ice Spirit + Zap is my favorite combo to finish off Minion Horde.

Ice Wizard: Since this deck doesn’t have any very high DPS troop, Ice Wizard is a must in order to slow down everything,. He pays more time for the Mega Minion and Prince to finish off opponent pushes. Ice Wizard + Ice Spirit is definitely one of the most annoying defensive combos in the game.

Mega Minion: Yea and this is the new guy! Great on both offense and defense. He finishes off Mini P.E.K.K.A, Sparky, Knight, Barbarians, Balloon… before they touch your Tower. I strongly recommend you talking a look at this in-depth guide for more details about the Mega Minion!

Elixir Collector: Everyone uses Elixir Collector. The Pump helps you force the opponent to attack first, while gaining the Elixir advantage. One of the most handful cards in Clash Royale! If you have it in your starting hands, don’t drop it before the Elixir bar hits 10 Elixir so you can deal with any sneaky push coming.

While using this deck, you will always want to start with the Elixir Collector then start defending and gain the positive Elixir trades.

If you don’t have the Pump in starting hand, pushing first with Giant is okay but a bit risk. Make sure you have either Ice Spirit or Ice Wizard in your hand before placing the Giant down so you can deal with any sneaky push.

Your ideal push should consist of Giant, Prince, Mega Minion and the Ice Wizard.

What do you think about this decks guys? Please share your opinions! Also, don’t hesitate to comment If you need any help! 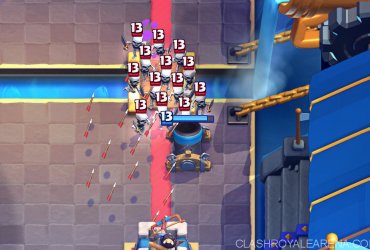 Hey, it’s Ultimate and today, I will be showing you guys a mortar deck I created for the sake of having a cheap mortar deck that was NOT Woody’s.   … 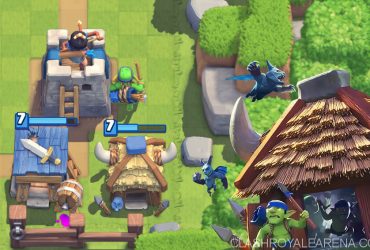 Hey guys, my name is crykz, and today I’m going to be showcasing a wonderful off-meta Hut spam deck. If anyone of you played back in the beta, and even …