Hello, Yui here and today I’ll give you a Giant Lighting that is working very well for me as it got me to 4283 this season already. Although the Giant got a small nerf recently, personally I still find that he is incredible in this deck. 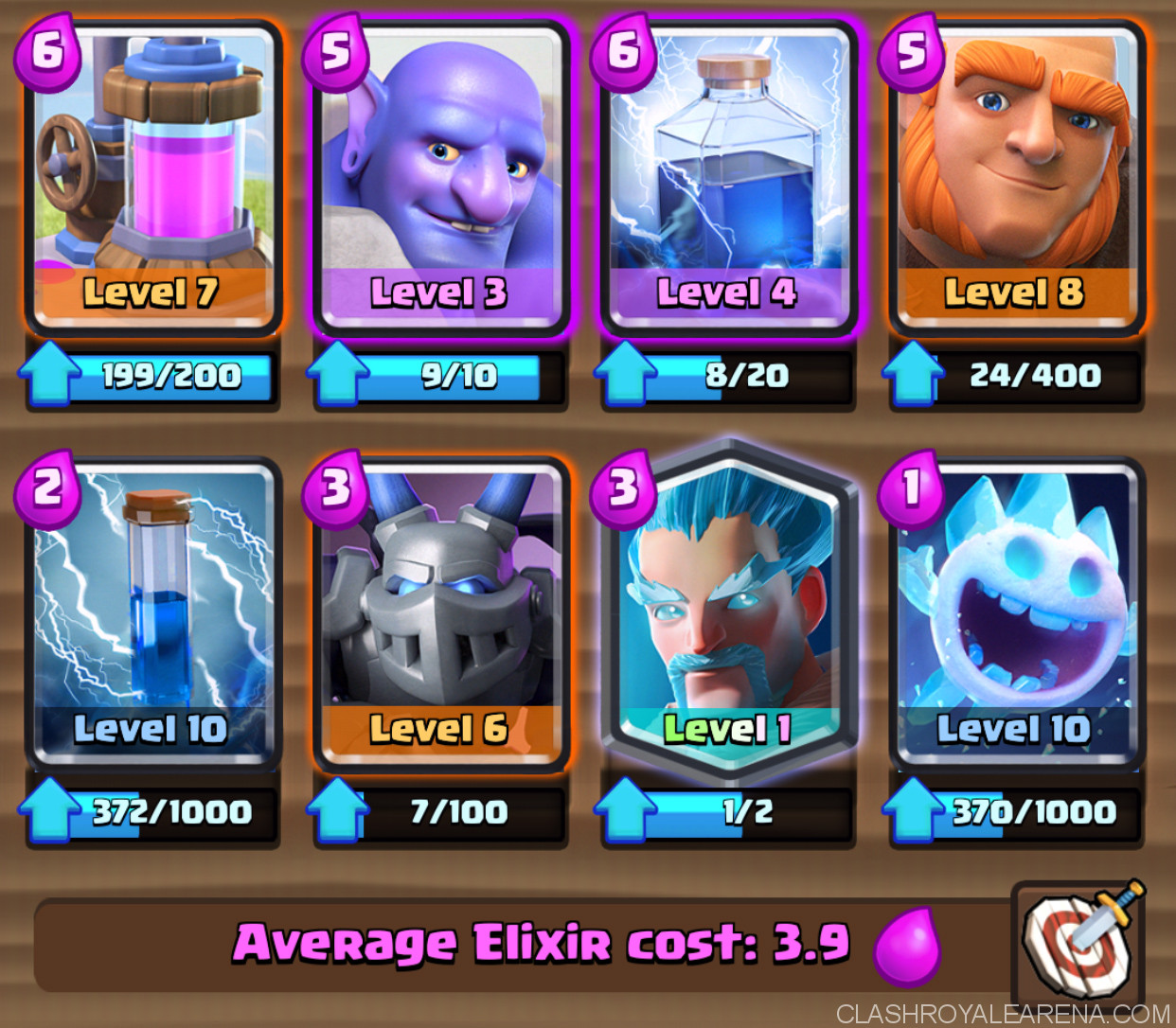 Giant: The best tank in the game, have a lot of health and does decent damage. I like to start it from the back or put it down with mega minion at the bridge or put it at the bridge to start a huge counterpush. If you are thinking about the recent Giant nerf, no worries. It doesn’t affect this deck too much! Everything is still working very well since the update!

Lighting: Lighting is great in the current meta as it kills Mega Minion (which everyone uses nowadays), Three Musketeers, Ice Wizard and heavily damage Princes (and reset the charge as well), Mini P.E.K.K.A, Bowler etc. It works great against Inferno Tower and Sparky as it resets them and deals tons of damage. Also, try to keep this as a suprise, it will catch them off guard.

Ice Spirit: One of the best cards at the moment. It provides a huge advantage with the price, it freezes everything for 2 seconds. Ice Spirit is excellent against Miner, Sparky, Giant… especially when coupled with Mini P.E.K.K.A. It also deals nice damage to the Minions or Minion Horde for your Princess to take them out in one hit. On offense, Ice Spirit is also super helpful when coupled with Bowlers, Mega Minions. Excellent at cycling through the deck.

Zap: Is definitely one of most handful spells in Clash Royale. Zap is excellent at taking out small units such as Skeletons, Spear Goblins distracting your Mega Minions. Zap is great with couple with Ice Wizard as it deals good damage to Minion Horde and Barbarians so the Ice Wizard can finish off them in just a few hits. Great at dealing with Inferno Tower when you don’t have enough elixir for Lighting. Can be replaced with Fireball in this deck.

Ice Wizard: A great defensive troop as it slows everything down, Paired with the Zap, you can take out Minions and Minion Horde. You can use Musketeer or Mini P.E.K.K.A instead if you don’t have him. There isn’t much thing I want to say about him actually. Great card overall!

Mega Minion: This is the man of the current meta game. Excellent on both offense and defense. For only 3 Elixir, his DPS is insane (almost the same as a Prince when he is not charging). With good HP, Mega Minion doesn’t die to most spells in game, except the Rocket and Lighting. He doesn’t get affected by the pushback effect from the Bowler (he flies of course haha). Excellent against Lava Hound as he kills the Lava Hound very fast as well as soaks all damage coming from the Pups. He can kill Mini P.E.K.K.A, Sparky and Mega Minion which almost everyone is currently using.

Elixir Collector: A great card as it gives you a huge Elixir advantage and forces your opponent to attack first. Try to protect it at all cost.


Bowler: One of my favorite card as it so good defensively, it pushes back troops and does decent damage, it can stop Mini P.E.K.K.A, Barbs, Musketeer, Three Musketeers etc. It also shuts down Hogs as he takes out the troops behind Hog for example, Ice Spirit, Goblins, Guards etc. Also does great against Miner!

Always try to put the Pump down first. If you don’t have the Pump, I like to start the Giant if it is in the starting hand from the back and build up a big push or a Bowler/Ice Wizard from the back or Ice Spirit to cycle to it.

If your opponent starts with the Giant from the back, I usually put the Giant down to soak damage coming from the support troops behind the Giant. Then, use Bowler + Ice Wizard or Mega Minion if necessary to quickly take out the Giant. If you cycle to the Giant by the time you stop the push, put at the bridge for a huge counterpush.

When you are pushing, I like to always have enough Elixir for the Lighting to take out whatever my opponent uses to defend the push.

While playing against Miner, use Bowler or Ice Wizard to stop it and to stop the Minions coming in, use Ice Spirit and Zap or just Zap if it’s goblins or Fire Spirits.

If you have any question and any suggestion, don’t hesitate to comment guys! Let’s help us build Clash Royale Arena better and better! 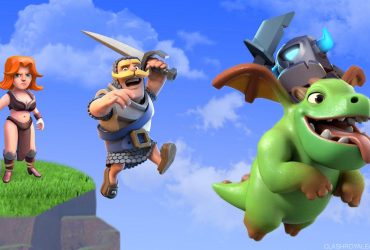 Hey guys, it’s Desert Chicken back with another article about a deck I made specifically to get 12 wins in challenges. With practice, this deck can beat most other decks … 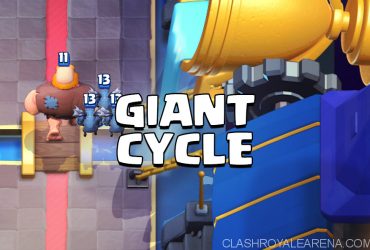 Hey again, it’s Zigge here. Today I’m going to share with you one of the most enjoyable decks I have ever made. This is a Giant Mini P.E.K.K.A cycle deck …