Hey, Cory here. You might recognize my name from moesports. Today I’m going to show you a Giant Furnace Control Deck that got me to Legendary Arena as a level 9 player! 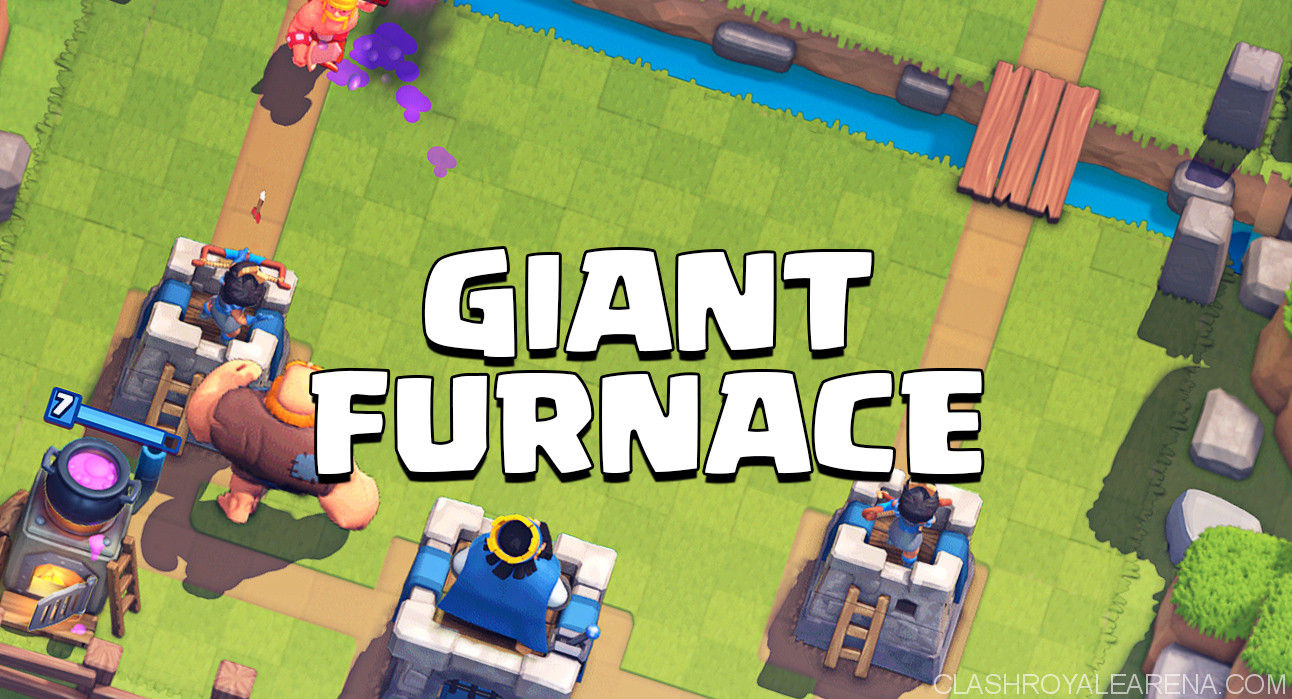 Yes, the Giant is very hated right now, but you should try it out. It’s got great health and DPS for just five elixir, and can make a defense into a scary offensive push. I put the level as level six because you any level below that just isn’t compatible with the high levels found in Frozen Peak.

The furnace is a very underrated card. I put six minimum because I believe you can reach legendary arena with a level six furnace; however, a level seven furnace is best in Frozen Peak, to get some chip damage against level nines. The furnace is great for pushes, because of a good flow of fire spirits deriving from it, and is surprisingly good on defense too! A furnace can tank a Hog Rider + small backup troops (like Goblins or Minions). I like to place my furnace a tile in front of my crown towers, and centered towards the middle. This allows it to pull any Giants or HogRriders.

Mini P.E.K.K.A is one of the best defensive cards in the game. It can be used efficiently to take down any tanks and hog riders. Paired with the right cards, it can also be used to take out back-line support and both Princes. It’s a great match for this deck too, because it strives for the counter push, and the Mini P.E.K.K.A is great for that. Coming back after taking down a Hog or Giant, you can plop a Giant in front, time it with the furnace, and you have yourself a deadly push.

Valkyrie is a really good splash card. With a good amount of hitpoints and damage, it can help wipe out a lot of pushes. I chose this card instead of bomber, dark prince or Baby Dragon because with the rising number of Giant decks, it can really help take out back support. It can also do alright defending hog riders. A Valkyrie can also be surprisingly good on offense, paired with the giant. It can take out troops such as Goblins or Barbarians used to attack the Giant, and also can do a chunk to the Mini P.E.K.K.A or Lumberjack.

I chose Fireball over Poison because I feel like this deck needs to single-burst damage spell over damage over time. With your main push support being Fire-Spirits from the Furnace, the Fireball can cleanup those heavier troops that Fire Spirits can’t take out.

The Inferno Tower is one of the best, if not the best defensive building in the game. It can take out any tank with ease, and is good against Princes, Hog Riders, Lava Hounds, and all sorts of other troops. Using Inferno+Zap alone can take out a whole Sparky push. Just make sure to time the Zap right before the sparky hits the Inferno. Place the Inferno in front of the Furnace. This will protect your Inferno from getting distracted by swarm troops.

An incredibly versatile card that can allow great elixir trades. I find that I use this card a lot when opponents zap my Inferno Tower. Freezing the tank allows my inferno more time to melt it. Pair this with Mini P.E.K.K.A for a deadly push too. It can also be used as a last resort defense. You can also use it to cycle to another furnace. Please take a look at this guide to read more uses of the Ice Spirit.

At the start of the match, if you have Giant, Mini P.E.K.K.A and Ice Spirit in your hand, and the opponent places something 4 elixir or more, go aggressive and push with those three cards. I find this push having a 90% success rate of doing at least 1000 damage in this scenario. This is because Mini P.E.K.K.A-Ice Spirit can wipe out almost any troop used to stop the giant. However, if your opponent plays a less than four cost card, try to place a furnace instead. A great scenario is if your opponent goes aggressive and pushes at the very start of the game. This deck has many defensive cards, and if you can efficiently take out the push, this will give you a significant head start, as you can start building up furnaces very fast.

This is a control deck, so you want to be placing furnaces for chip, and defense. If you find yourself at a point where you have defensive troops going down the lane, and furnaces up, place a giant at the bridge for a scary push. With the help of your two spells, your defense can be turned into a crown.

This deck is also great at just turtling up, and defending. If you find that you can’t win a match, and want to play for the draw, you can simply defend because this deck has so many defensive tools. This strategy is also good if you have the opponent’s health at a couple fireballs’ range, so you can defend and burn him out with fireballs.

Giant-Poison: Against Giant-Poison, you want to fireball his support troops. An added zap can take out medium range units (like Musketeer, Ice Wizard, Mega Minion, etc.) and Mini P.E.K.K.A/Lumberjack.  An added Valkyrie can take out Princes and Bowlers. With support from the Inferno, you can clean up these troops easily.

Hog Rider: Against trifecta, the inferno is really good because it can’t be out-ranged and can usually survive against the Trifecta alone. If the push comes with spell support, you want to add a Valkyrie or Furnace depending on what you have in hand. Against Hog Cycle (rarely seen), Furnace or Inferno can usually do the trick depending on what support. Make sure to have a solid counter-push, as your Furnace can take care of swarm/cycle troops easily, so it should be easy to take a tower.

Lava Hound: Against lava hound decks, use the inferno against the Lava hound. If he tries to distract with swarm troops, fireball or furnace should do the trick. The Inferno should be able to take out the Lava hound even if he zaps, but if he sends miner to tank, you want have a Valkyrie to clean up the Miner and tank for the pups. Beware of Lightning, as he can get a value Lightning on your Inferno Tower and Furnace. Try to spread your troops. If you’re feeling aggressive, you can do a Giant-Mini P.E.K.K.A-Ice Spirit combo, and if he doesn’t have the right support, it can wipe out his tower.

Miner Chip Cycle: Against these decks, you don’t want the chip damage to add up. Use Mini P.E.K.K.A or Valkyrie to respond to the Miner, and if you can, place a giant up front for a counter push. Make sure to go more aggressive against these decks. I find myself using less Furnaces because the Poison chip can make your Furnace unreliable. If the deck you’re going against has a Bowler, you want to make sure you have zap ready. This allows the Valk and Mini P.E.K.K.A to counter the Bowler.

Three Musketeers: You can usually use Fireball-Zap to clean up Musketeers, and have Inferno take care of the tank. However, during a split push, you can use Valk on the two Musketeers, and Ice spirit on the solo Musketeer. Use Mini P.E.K.K.A if necessary. These decks are usually pretty easy to go against when you have lots of splash like this deck has.

Thanks for reading this guide, and I good luck in the arena! 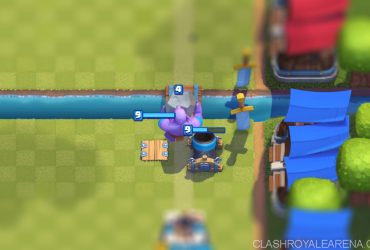 Hi guys and gals Galbers Gaming here. As I often state I only do guides when the deck is capable of reaching 3500 trophies with card levels no more than …