What up guys! It’s IMA_B-Yacht’CH back with a guide after ages of being inactive. Not sure that many people remember me still. I took a break from Clash Royale for a few months because I grew frustrated by being under leveled at the ladder. Now that I’ve returned, I now try not to take Clash Royale too seriously so I don’t rage all too much.

But enough about me, let’s talk about this awesome deck! This deck is extremely versatile, being able to defend, counter-attack, and launch pushes which can snowball into massive pushes with the double witches spawning swarms of bats and skellies.

Let’s get into this!

Giant – Main win condition and tank. Can be used to slow roll from the back or be used at the bridge because of its low cost at five elixir.

Witch – One of the main supports for your giant. With the buff to this witch sister, she can spawn mass skeletons in a short time. I don’t believe she is overpowered because she does not do that much damage and does not spawn skeletons upon death, unlike the night witch.

Night Witch – Your second main support for the giant. When paired with the witch, those two can easily steamroll your opponent’s entire base if left unchecked. Can be subbed in by baby dragon, musketeer, or any other DPS unit.

Hunter – This is your main tank and hog killer. Mainly to assassinate hogs and tanks on defense. He can also be used a splash unit to take down hordes if your witch is not enough DPS. Refrain from using him solely on offense unless you are going all out for a monster push. Can be subbed in by the inferno dragon.

Skeletons – Cycle card and cheap swarm defense. Can be used with the witch for more skeletons to add to her own swarm.

Bats – Another cycle card and air swarm defense. Can be used with the night witch to add more bats to her swarm as well.

Poison – Medium damage spell. Good for the offense for area denial and chipping away at huts. Use on defense for more swarm damage.

Zap – Small damage spell. It is essential to use for resetting infernos and for quickly clearing out cheap swarms.


Early Game
The best starting moves are to use Witch at the back, Bats or Skellie’s cycle at the back, and Giant at the back. Make sure not to waste your Hunter or Night Witch, because of they the essential for defending against tanks and Hogs. Playing Witch in the back is okay for starting off because it can set you up for an early Giant push.

Mid Game
This deck has an extremely fast cycle, hence why I named it the Giant Double Witch Cycle Deck. It plays very similarly to giant triple spell cycle deck. You will want to play either Witch or the Night Witch at the back as much as possible to set up for a giant push. Playing one of the Witches at the back allows them to spawn more troops rather than starting with a giant at the back.

If your opponent plays a tank in the back to build a push, counter with the other lane. The most preferable counter is Giant + Night Witch + support spell. Don’t use the Witch or Hunter on a counter push unless the Night Witch is not in hand. Don’t try to cycle Skellies and Bats to try to get the Night Witch in hand because it is extremely important to save as much elixir as possible to defend your opponents push, especially against Golems.

If your opponent allows you to slow roll a push from the back, play a giant at the bridge then play your second Witch to support your giant. Playing Bats and Skeletons can support a larger horde of troops to steamroll the opponent.

Late Game
Once double elixir strikes, this deck gets an insane boost, being able to cycle to multiple Witches and Giants for monster pushes. This deck still plays similarly to how it does in normal elixir time, except for being able to make pushes much more often.

If you are able to have two Witches or two Night Witches at a time for a push, this will give you a huge advantage, with even more Bats or Skellies to be spawned. Use poison on offense as much as possible to chip away at the enemy tower with some damage if your Giant isn’t able to do damage every time.

Dealing With Splash Units And Spells
The biggest weaknesses this is deck is splash units such as Valkyrie and heavy spells, especially lightning and poison.

If your opponent plays a Valkyrie on top of your witch on a push, do not continue to spam troops down, because the Valk will easily deal with both your witches. Playing any more troops will just be a waste of elixir and you will have much less elixir to defend. The same thing goes for playing against an Executioner. Any other lower health splash units like Wizard and Witch can be dealt with Poison since the Poison can delete the enemy Witch’s Skeletons.

You will bait to bait out the Valkyrie and executioner. Earlier, I explained that you need play start with a Witch at the back because it can cause your opponent to want to use their Valk or Executioner on defense. Always push against a Wizard since your Poison can whittle him down to nothing, unlike the Valk and Executioner. If your opponent drops their splash defense in the back, push the other land with Giant + Witch or Night witch.

Lightning is another big threat against your push, being able to immediately delete both your Witches. Baiting it out early by using one of your witches will put you at an advantage, being able to push your attack much more freely. If your opponent has Lightning or another heavy spell to kill both your witches at once, only play one Witch at a time to prevent too much spell value. If your opponent plays their heavy spell, you are free to play as many supports as you desire.

That all I have to say about this deck. Any questions, compliments, or insults, feel free to say them in the comments below. Have a Clashtastic Day!! 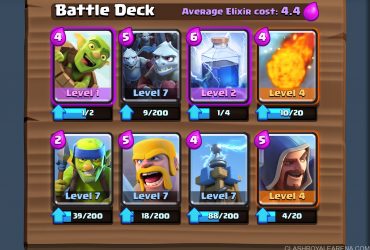 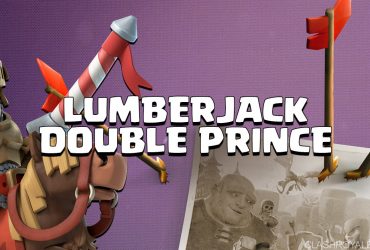