Heeeeey guys, it’s WhiteLlama67 here today on CRA to introduce you to a brilliant Giant-Balloon deck I created and have been having amazing success with!

I have always been a beatdown player, but one of the characteristics of beatdown is a weak defense, but this deck fixes that!

You most likely know of the Giant Balloon combo, which is very strong in the lower arenas, but I learned that it has very good potential in higher arenas as well as in challenges.

This deck has been tested in Jungle, Hog Mountain, and Legendary Arenas, as well as in multiple challenges, and has been found to be very formidable. I pushed 500 trophies in just two days! Without further ado, the deck: 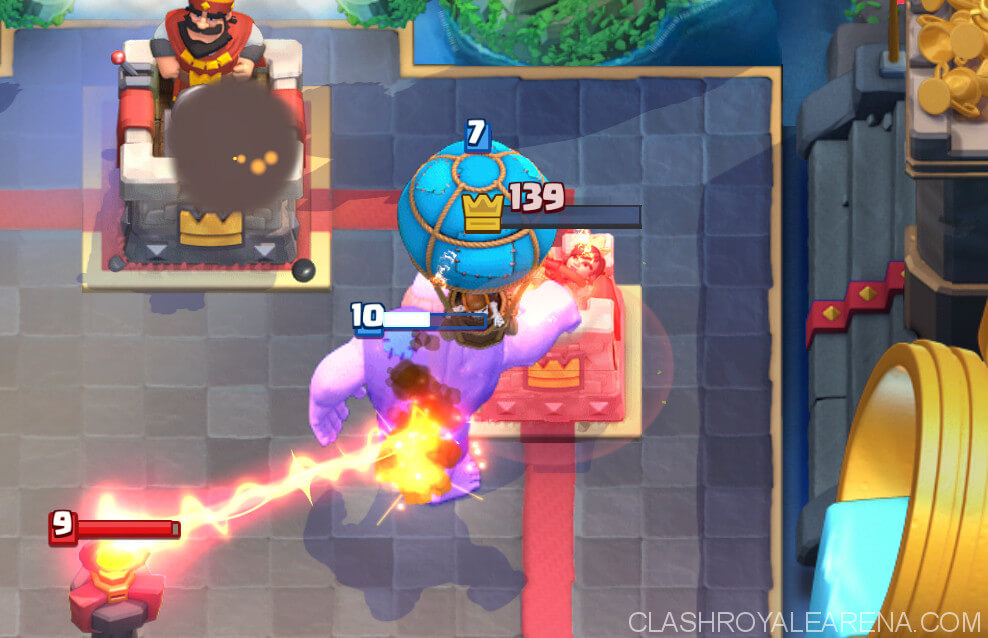 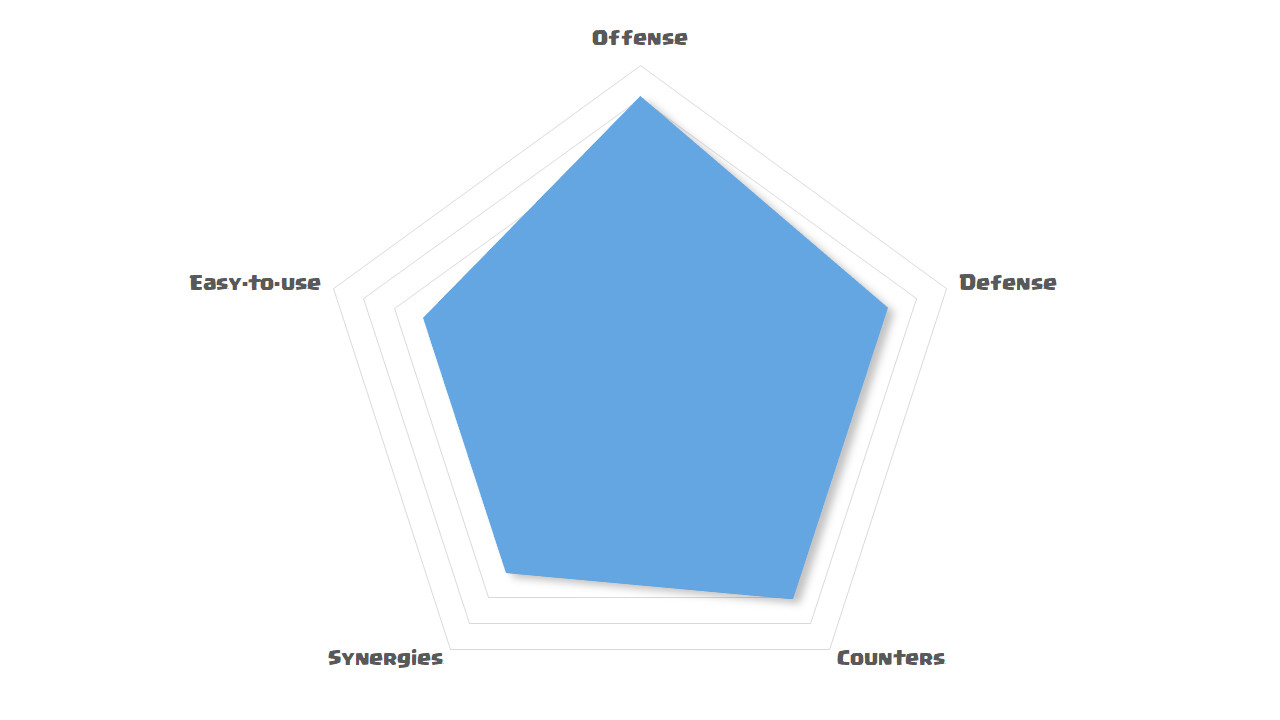 This one-man wrecking crew will be your win condition for most of the time.

With a cheap Elixir cost for the amount of HP he offers, he has always been a good option for any meta.

When you are done defending a push, place a Giant in front of your leftover troops for a strong counter push.

This card doesn’t have a ton of HP, and has a lot of counters, so that is why you must be careful when playing it, as it is 5 Elixir.

I prefer to save this for Double Elixir when I make my main pushes, for the surprise effect it has.

However, if your opponent has just used their counter, such as Minion Horde, punish them with Balloon!

After a couple of nerfs that she took a while back, the NW is no longer as famous (or infamous) as she used to be.

In this deck, she fits perfectly, as her Bats provide very good air support for the Balloon, and she is pretty good at knocking out glass cannons with her staff. I use her mostly for counterpushing, as she is an excellent defensive card as well.

Even with nerf after nerf, this guy has stubbornly retained his spot as arguably the best legendary in the game.

The reason is that of his versatility as an amazing defensive card, that can later become an incredible support card for your pushes.

With Sparky and Infernos running rampant in the arena, his reset is invaluable.

He has decent DPS, and okay HP, but watch out for overleveled fireballs on the ladder!

This little guy packs a huge punch! With his solid HP, he can survive several glass Cannon hits while he shreds their tank, and your NW can take out the support!

Though these two appear to have similar roles, they complement each other nicely on defense!

Mini P.E.K.K.A has quickly risen to become one of my favorite defensive cards because of this, offering so much value for only 4 Elixir.

Cute little creatures that not only tear everything to pieces but do it for only 2 Elixir!

They seem to fit into any deck, but in here I use them for additional air defense and to cycle.

Feel free to substitute Goblins, Minions, Ice Spirit, or even skellies, whatever your preference is.

When your opponent plays a high-cost unit in the back, or pumps up, rush with Giant + Bats.

Log would also work in here, but I prefer Zap because of the number of Bats, Infernos, and Sparkies in the meta these days.

Note that a zapped Minions can be one-shotted by Bats and E-wiz.

Zap Infernos to give your E-wiz a little more time to get there, but if he’s not part of your push, only Zap Infernos that you know will be distracted by Bats or something.

Alright, the secret weapon to the success of this deck.

Not a single troop in this deck deals splash damage, besides the E-wiz spawn.

The Furnace provides that splash damage every 8 seconds, which makes your opponent hesitant to place down any swarm troop to defend or attack.

The spirits that the Furnace is pumping out always add nicely to whatever counterpush you make.

If you can constantly have a Furnace in the center, hogs will rarely reach your Tower! If not leveled, replace with Fireball or Poison

This time is probably the most important, as it will set you up for success in the final minute.

Try to get a Furnace down as soon as possible, and then go on and continue defending with NW, E-wiz, Mini P.E.K.K.A, Bats, and then counterpush with Giant, all the while learning your opponent’s deck.

However, the key thing here is to MAKE POSITIVE ELIXIR TRADES; this is more important than counterpushing.

If you don’t feel comfortable with this, replace Furnace with Fireball or Poison.

Even still, it is crucial that you make positive Elixir trades during this time, but it shouldn’t be too difficult because every one of your defensive cards each holds immense value for their cost.

It’s perfectly fine to take some damage instead of spending a lot Elixir.

For example, your opponent pushes with a Wizard and a Hog in front. Place your Mini P.E.K.K.A in front of the Hog, but at least 1 or 2 tiles in front of your Tower.

The Mini P.E.K.K.A can tank hits from the Wizard, and will only let the Hog get one swing, then continue to kill the Wizard! 4 Elixir to counter 9, make OJ proud!

The time that all beatdown players look forward to, primarily because you can generate the Elixir you need for that big beatdown push that’ll win you the match.

If you’ve done things right, you have done some solid damage on your opponent’s Tower, and you have hopefully kept up with their Elixir as well.

To start out your push, place a Giant in the back of the king Tower.

I would recommend always adding a Night Witch to your push; she is still an amazing support!

Use your other support based off of what your enemy has been countering your pushes with.

Having a wave of Fire Spirits also coming always complements a push.

Once your Giant has reached the bridge, drop down your Balloon, and watch the crying faces start to appear!

By now you have cycled back to another Giant, feel free to drop it at the bridge once you have the Elixir, and call it GG.

You have a weaker tank, so your best bet is to drop a Giant at bridge opposite lane with Bats or a wave of Fire Spirits when they place their Golem.

Do the same for pumps.

In the case, they do support the Golem, Mini P.E.K.K.A on the Golem while Furnace pulls it to the center. NW, E-wiz, or Bats on support and you’ll be golden.

The same as Golem except you can place your Giant in the back as the same lane as your opponent because NW and Mini P.E.K.K.A will shred their Giant like it’s paper.

Just watch out for giants rushed at the bridge!

Your opponent is about to have a heck of a day.

With Furnace, NW, E-wiz, and Mini P.E.K.K.A, you should always have a counter for their Hog in hand.

Counterpush with Giant every time. A piece of cake.

This deck is going down in use-rates all over, but I include because it will be difficult.

All of your Hog counters give Lightning/Rocket value, but only the Mini P.E.K.K.A won’t die Lightning at least.

The best way to beat them is to make some strong pushes early and force them to use their Lightning/Rocket defensively.

If they use a P.E.K.K.A on your Giant, it’s okay to use Balloon!

The ever-annoying Log bait. By now, everyone is learning how to counter it though, so I foresee use-rates going down.

The more you have a Furnace down, the easier it will be, as Fire Spirits will stop any Goblin gangs or princesses they place on the bridge.

Save your Zap for the Barrel, but on your pushes, it’s fine to Zap the Inferno, and though you will take some damage, you shouldn’t end up in Rocket range if you use Bats or E-wiz on the Barrel then.

Like Hog cycle, you have hard counters to their Miner such as E-wiz, NW, and Mini P.E.K.K.A.

If they use Inferno Tower, either try to counterpush with E-wiz + Giant, or if you like your games exciting, bait out their Inferno with the Giant, and then push opposite lane with NW + Balloon!

So you don’t have a high damage spell eh? Never fear, your Mini P.E.K.K.A will prove himself this match.

Not gonna lie, it will be a difficult fight.

Try to keep them from building up Elixir, because a defensive 3 Musketeers can, unfortunately, shred your push.

For those of you that made it to the end of this very long guide, thanks for reading!

Feel free to ask questions or leave a comment down below about anything I could improve on, as this is my first guide.

I wish success to all of you, and I’ll see you in the arena! 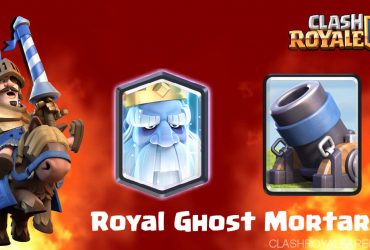 Wassup guys, Dark/Dank Prince here with another guide! This guide is about one of the recently new decks I’ve made, but quite possibly my favorite deck I’ve made. This guide … 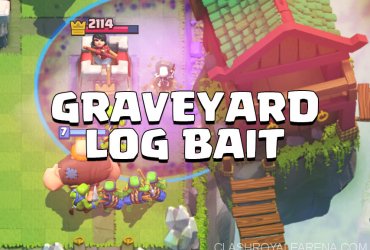 Hey guys, this is Uno_Elemento submitting my first deck for Clash Royale – apologies if this isn’t as good as what others have submitted but it can’t be helped. Just for …