I have been playing this game before legendary cards were even a thing, I am also F2P, not because I want to, but because of the US restrictions against my country, anyways, I don’t have a single legendary(boohoo) and I managed to get into Legendary Arena with fairly low level cards 9.3/7/3.5, it was a huge struggle, not gonna lie, but now that I’ve done it, I am gonna continue my own promise to myself, saying that I will delete the game and make my own contribution to this community(Sharing my deck), so, here it is. 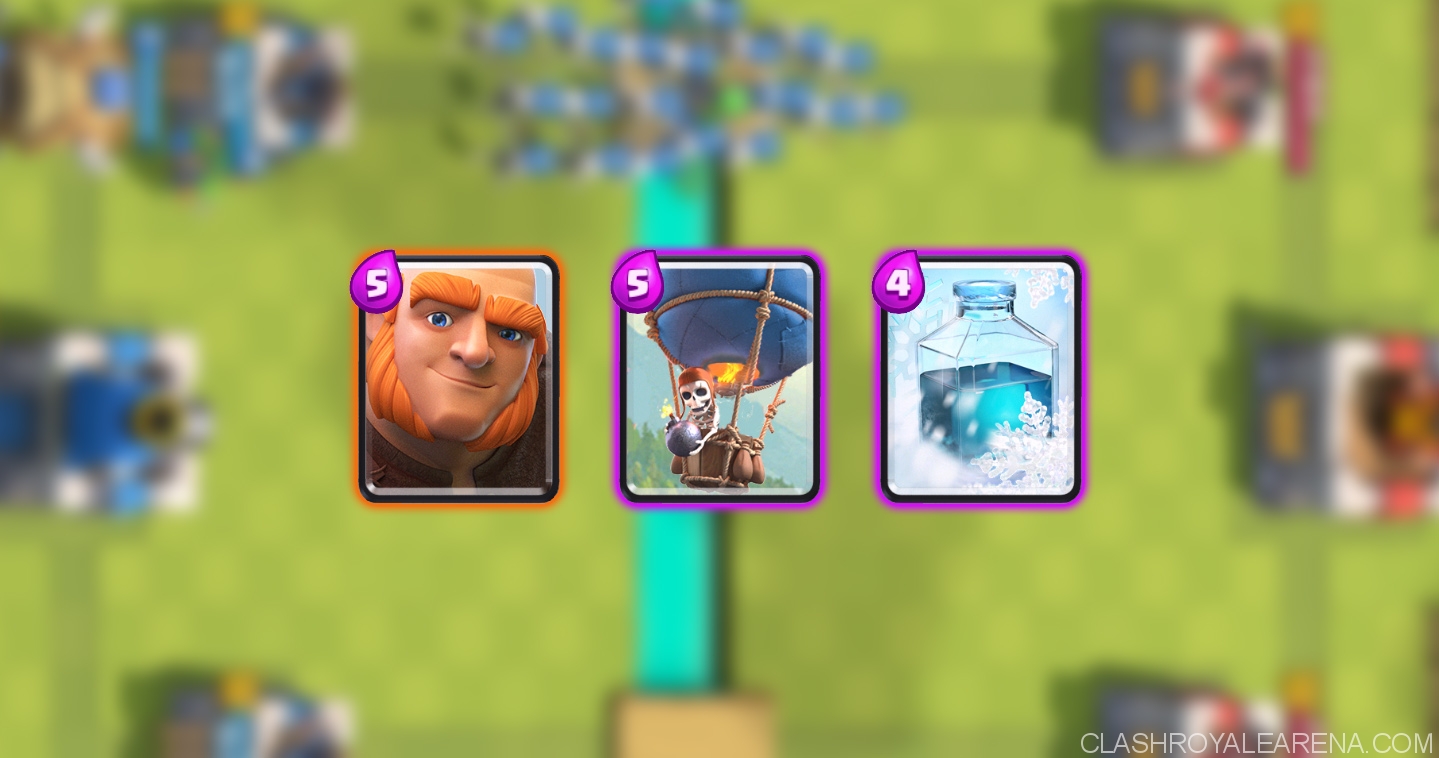 Right now, you have probably figured out that this is a Giant/Loon deck, it is, you are correct, but there is more to it, your wild card will be freeze, it is probably the riskiest card in the deck and it will either make or break the whole matchup for you, as of right now you’re probably wondering, I have the deck, what am I supposed to do? I will give you examples of what to do in different starting scenarios.

Alright Blocked buddy, now I have the offense, but what about the defense? Have no fear because this deck can defend against almost any type of combos, whether your opponent is using a payfecta because he’s a massive twat or if he’s using some sort of super weird PEKKA+Doot Army deck, you can take him out, I will mention what cards that are used mostly for defense and what to use them for.

Barbarians: You probably already know the deal, but I will help you out anyway, this card is gonna be super awesome if you know how to play it right, placement is key with Barbarians as one wrong tile to the right can fuck up the whole thing for you, use Barbarians to mostly defend against:

Spear Goblins: Spear Goblins are used for defending against pesky troops such as Minions/Goblins, I won’t go into much detail with them because they are supportive defense troops and are mostly used for either luring or mainly supporting the other defensive troops.

Giant/Balloon: This is super situational, only use your Giant and Balloon to defend if you have no other choice, basically, you will use your Giant or Balloon as a meat shield to suck up the damage while your Crown Tower takes out the troops, as aforementioned, this should be a last resort type of defense and I would stay away from it as long as I have a different choice.

Freeze: Just like the Giant and the Balloon, this is super situational and should only be used when needed, for example, if your opponent has a Sparky+Wizard combo use Freeze on them then drop Barbarians to defend properly, this card can be used to defend as a “better safe than sorry” type of method.

Conclusion: I would’ve wanted to make this an even longer and more detailed guide but honestly I want to get back to studying, this took a long time to write and I only hope that it will help anyone out there, if you have any questions about the deck and the strategies, please don’t be shy, your question will probably be asked by 10 other people so if I answer yours they won’t have to ask it, have a good day Clash Royale Arena!