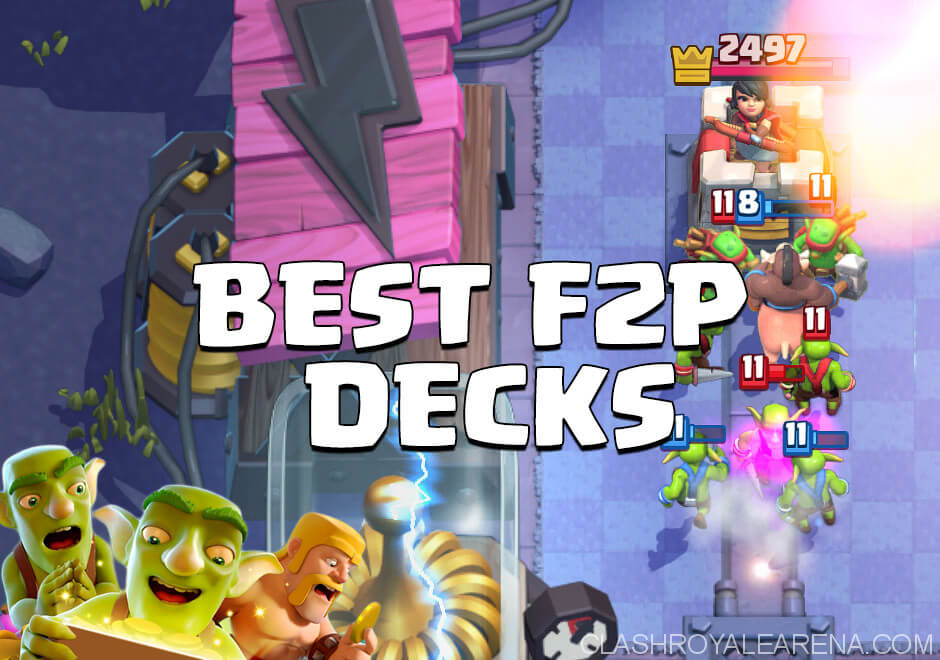 Defend as efficiently as possible with Archers + Knight + Canon + Goblins + Ice Spirit while playing Hog Rider in opposite lane to pressure.

Once Tower is within triple digits -> Fireball cycle.

During single Elixir, get as much damage as possible with Mortar.

Keep pressuring with Knight + Archers/Bats if you know they are low on Elixir. Once you hit Double Elixir -> Rocket cycle.

If it’s a matchup you can’t win, force a draw.

Keep cycling Hog Riders for offense during single Elixir as much as possible and cycle Musketeer for defense while using Tornado to give Musketeer more time to DPS down opponents troops.

Don’t be afraid to use Tornado + Fireball defensively in some matchups.

Play Hog Rider aggressively during single Elixir and defend very efficiently with your cheap cycle cards depending on the situation.

Rely on the bait cards your opponent doesn’t have a counter to (e.g. if they have Log -> rely on Bats more for offense and defense).

You want to play very aggressively during single Elixir to get as much damage as possible than rely on Mortar + bait cards to defend your opponent’s push.

Be selective about the win condition you use.

If your opponent has Giant/Golem -> use Hog Rider and save Mortar for defense.

If your opponent has Tornado -> rely more on Mortar.

Defend your Mortar with bait cards and support it with Miner to keep pressuring your opponent.

Rocket cycle them out once * you realize your Mortar won’t break through their defense.

Also rely on bait cards your opponent doesn’t have a counter to as explained above.

Support your RG with Archers or Minions depending on the situation and save the appropriate spells to support your RG to ensure it gets more hits on the Tower.

Out-cycle your opponent’s X-Bow counter and rely on the Tesla to support your X-Bow.

Spell cycle once the Tower is within triple digits and defend

This is a new deck I’ve noticed on ladder.

Same concept as above but rely on your bait cards to get more value on defense and to support your X-Bow depending on your opponent’s spell.

Rely on 3 musks for defense usually during Double Elixir.

Otherwise rely on Ice Golem + Ice Spirit to kite and your bait cards to get value.

Keep pumping up to build up an Elixir advantage and overwhelm them with split pushes.

Get defensive value out of Bowler/Barbarians/Archers/Minions -> support with Giant and the appropriate spells.

What are F2P Decks?

Choose one deck and keep practising with that deck. Don’t keep switching decks. This is a very common mistake people make.

Don’t ever donate the cards you use for ladder including the common cards. Like seriously

Analyse your replays and look for areas you can improve. Most people when they lose a game, they either keep playing while they’re frustrated or just stop playing altogether. If you want to improve, analyse your own replays critically

If you have any suggestions let me know =)

Rest assured I know what I’m talking about, this is my Clash Royale profile.

Let me know what you thought of this guide and if there’s anything I can improve on. I’m always looking to improve 🙂