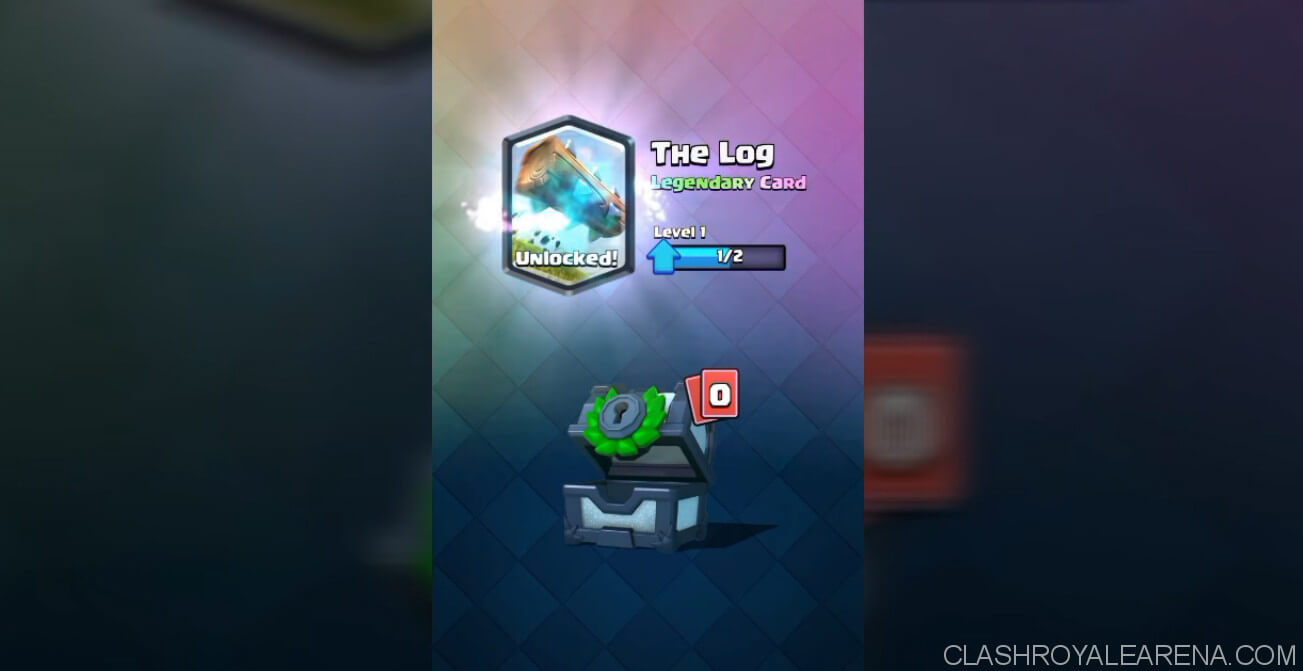 Hello everyone! My name is Phoneisbusy2 and this is my very first guide on Clash Royale Arena. Today, I am talking about log bait.

Log bait is a very powerful meta deck and works well against hog riders, PEKKA, miner, golem and many other win conditions!
Log bait is a very powerful deck right now. It is used by players in the top 200, CCGS(Crown Championship) like Surgical Goblin and Adam and many others! You just have to learn how to play it! It is a quicker deck with a 3.3 average elixir, but it’s important to not play it as a cycle, you have to make good trades, keep your opponent’s counters in mind and chip the tower. Being able to know when to rocket cycle is important too!

Princess: the Princess has incredible range and can deal a decent amount of chip damage.

Goblin Barrel: After baiting out your opponent’s spell, you can send out the Goblin Barrel to the enemy’s tower and deal massive damage.

Goblin Gang: The Goblin Gang is another bait unit. You should generally use them on defence but they can also be very threatening on offense.

Knight: The Knight is an amazing defensive card. It can be used to deal with many cards on defense and then tank the tower on offense allowing your Goblin Gang or Goblin Barrel to deal massive amounts of damage.

Ice Spirit: The Ice Spirit is a one elixir cycle card that can be used to cycle your deck as well as freeze enemy troops.

Inferno Tower: Ladder matches are full of Giants, Golems, Lavahounds, PEKKAs, and Royal Giants. This is your main way of dealing with them.

Log: The Log is a 2 elixir card that is amazing at creating positive elixir trades. For just 2 elixirs, you can take out soo many cards. It also knocks units back which buys you a little bit more time to deal with them.

Rocket: Use this to deal with the famous Three Musketeers for a positive elixir trade. This spell is also useful for chipping down the tower and killing support troops behind a tank.

Princess: The Princess could be replaced with the Dart Goblin. However, you would have less splash damage in your deck and defending would be a lot harder.

Goblin Barrel: The Goblin Barrel cannot be replaced because of its ability to pressure the opponent as well as chip the tower.

Knight: The Hog Rider can be used but then the deck will be drastically changed. If the Hog Rider is swapped for the Knight, the deck would be an entirely different archetype and playstyle.

Rocket: the Rocket can be replaced with Fireball but only if you replaced Knight with the Hog Rider.

3:00-2:00: During the first minute, play passively in order to get a sense of your opponent’s counters/spells and how selves are playing their deck against yours. Deal with any threats put up by them and counter push should you feel you can gain an advantage. However, do not overextend, make sure you have enough to defend properly and not make silly mistakes. The goal during the first minute of the match is to get a sense of your opponent’s deck and to get some chip damage.
2:00-1:00: During this time, making sure you have gotten some good chip damage on the opponent tower is crucial as this damage can break or make the game. Keep in mind how aggressive your opponent is playing is important because if you can predict their attack, you can punish them even harder with your push or counter push. During the middle of the match, you can play a little bit more aggressively but keep yourself in check and make sure that you understand your trades and always try to make the best trade.

1:00-0:00(And overtime): During this time, you can cycle faster and play more aggressively than any other time. It is important to remember that since it is double elixir time, your opponent can play tanks faster, so keeping your placements consistent is yet another key. If you take the first tower, you can be pressuring them with more barrels, knights and goblin gangs in the pocket which can give you a slight advantage to win. Play until the end, and understand your limitations if you can push for a draw!

Golem: Rocket all pumps. If they place golem in the back, rush the OTHER LANE. The goal here is to either take the tower or force your opponent to play a card he was planning to use in his golem push. This makes his push easier to deal with and you can address each unit separately for a positive elixir trade. Keeping the Princess alive in almost any beatdown scenario is very important because it cleans up the support so your inferno tower can do its job!
3 Musketeers: Make sure you rocket the pumps! Once you rocket pumps, use princess and whatever you need to stop the push In double elixir you will be able to cycle your rocket or defence much faster!

Xbow: In this matchup, keep your rocket and make sure you can almost always have elixir ready to rocket their xbow and support! This is very important, as without the rocket, Inferno Tower or Knight and Goblin Gang are your counters, but Xbow support and or spells clear that all away, keeping a rocket in hand will allow you to win! Rocket cycle at the end in order to win, once you KNOW, they cannot punish with an xbow and support.

Hog Rider: When facing hog, unless it is a heavier hog deck, do not always assume you need your defensive building, sometimes Goblin Gang and Ice Spirit can be much more beneficial! Make sure you can limit hog hits, but also know when you can take a hit! Don’t waste a Log or Goblin Gang that can be used elsewhere!

Miner Poison: Make sure that the miner does not get too many hits, but it is OK should you need to take a hit in order to build an offense! The most important thing when facing Miner Poison is to try both to let your opponent get too much value with his poison and not to let their support units hit your tower.

Mortar: Do not rocket their mortar unless necessary, use a Knight placed far from the mortar in order to distract mortar, and a Log and Goblin Gang to clear up the support! Make sure you track their arrows because it can kill pretty much all your troops! Identify their support and spell counters, and punish accordingly! They rely on chip damage, but if they see you blocking them consistently, they may rocket cycle! Keep this in mind and be sure you can cycle with them too in order to grab the win you need!

Giant: Use the Inferno Tower and the Ice Spirit to kill the Giant and Rocket or Knight and support to kill their supports. 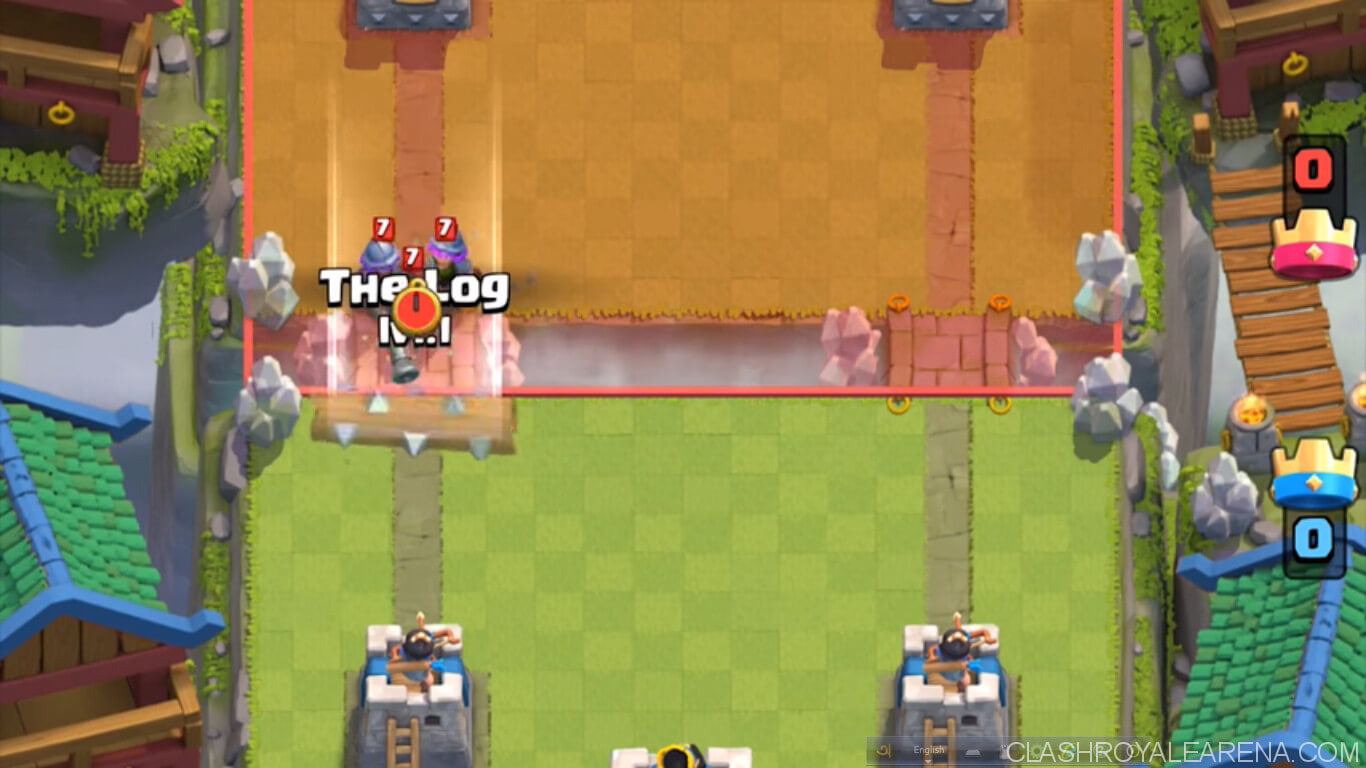 Defending can be kinda hard with spell bait because most of your cards can be destroyed with cheap spells. So if you know that you will have to defend soon, throw a Goblin Barrel to bait out their spell. That way, your opponent can’t use that spell to destroy all your squishy troops. Some other helpful tips are …

You have made it to the end of this 1718 words long guide! Congrats, but there is still some parting words I must give you! Knowing your deck is crucial for anything, but for this one, practice before any tournaments or ladder would be very good as it gives you an edge and knowing the deck and what it’s countered are. This deck is mainly based on chipping off the tower and you have to be able to keep the pressure while also not allowing the opponent to take your tower. This is again seen in most decks, but by baiting spells, you can chip off their tower and win the game!
I hope you all enjoyed this guide and please leave any thoughts in the comments below!
Keep Clashing! 🙂 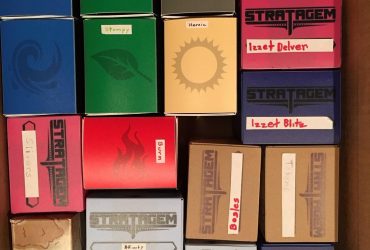 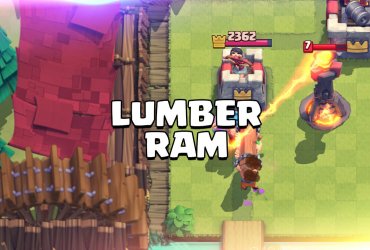