How to get Epic Cards and Win More – Clash Royale Arena

Hey guys it’s Ash and today I just want to give you guys some more great tips about Epic Cards and ways to improve your performance in the game. Especially for those F2P players who are struggling to move up in arenas. And those who are wondering why they are losing so much, why you’re going on losing streaks and how you can avoid them. 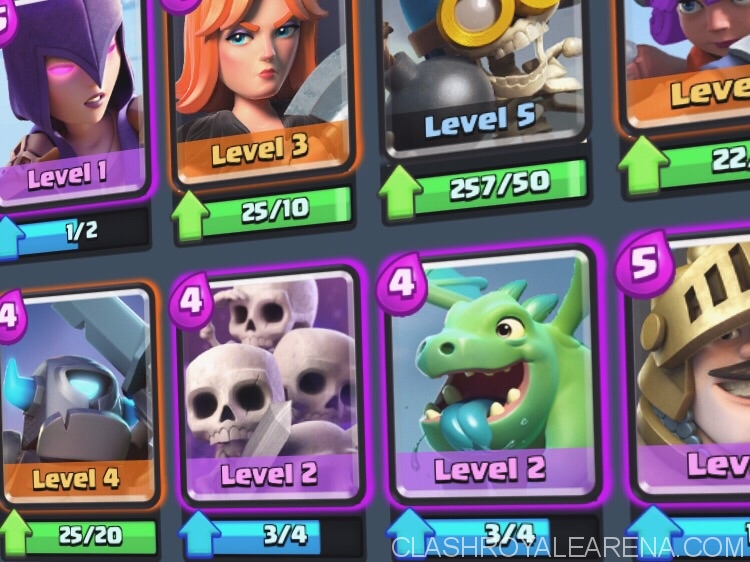 So one of the most commonly asked questions is how do I get epic cards fast? How do I get the Prince card? The Baby Dragon? Or the Witch?

So why are these such bad ideas? Well you have to understand that getting and upgrading Epic cards is the hardest thing to do in the game. So if you’re caught up with trying to collect the Prince, the Witch, the Baby Dragon, the Pekka, the Giant Skeleton, and so on, then you’re not going to be successful as someone who doesn’t buy gems. Because these cards are so difficult to upgrade, you’re going to spend a lot of time trying to upgrade them and not move up in your arenas.
Another very important tip I want to give you guys is that the level of your cards is the most important thing when it comes to how powerful your deck is. And usually, the level of your Epic cards are the lowest in your deck. I’ve been following a lot of free2play players who have never purchased gems, and they actually made all the way to legendary arena. And one thing they all have in common is that they rarely use Epic cards. Most of them only use 1 Epic card in their deck. While the majority of the cards in their decks are Common cards. Why? Because Common cards are the easiest to level up.
Not only that, simply because a card is classified as an Epic card, doesn’t mean it’s better than a Common card. Some of the best cards in the game are actually common cards, such as the Minion Horde, Barbarians, Goblins, Spear Goblins, Archers, and so on. So if you want to be successful, win more, and climb up faster, then you need to focus on upgrading these Common cards.

So what about Epic cards? Do I ignore them?

Now some of you may be thinking that when you watch TV Royale, you see all of these people using high level Epic cards and Legendary cards, lots of epic cards in their deck. Some of them even using up to 5 Epics and 2 legendary cards in their deck. So a lot of newer players would look at these guys and think that this is what they need to compete with. But truth is guys, these guys in TV Royale are not the most skilled players in the game. They are just simply big spenders, they’ve spent thousands of dollars get where they are. And their competition is very limited. What do I mean by this, well there are only a handful of level 11 and level 12 players in the game. Obviously everyone who’s a level 11 or level 12 has spent thousands of dollars. And what these guys do is they battle themselves all the time. They’re basically playing against 0.000001% of the players in the game. While you guys are playing against thousands of different players in the world, so your competition is vast. What I’m trying to say is, while TV Royale will help you understand how to play better, it’s not a best indication of what the best players are in the world and also is a very bad indication of what good decks are. Because they just use legendary cards and very high level epic cards, that will take a f2p player years to obtain.

So now I’m going to tell you guys how you can weigh your cards. How to know if an Epic card is strong enough to use. For example, if your Prince card is level 1 while all your Common cards are level 6, then believe it or not, your Prince is just too weak to use in your deck. So here’s how you weigh them:
Subtract 4 levels from your Common cards. For example, my Minion Horde is level 8, so 8 minus 4 is 4, so believe it or not guys, my Minion Horde is just as powerful as a level 4 Epic card and is much more powerful than my level 2 Baby Dragon or Balloon. To see how your Rare cards compare to your Epics, you need to subtract 2 levels. So for instance, my Wizard is level 5, so 5 minus 2 is 3. So my Wizard is just as strong as a level 3 Epic card. And to compare how powerful your Epic cards are to your Common cards, just add 4 levels. So both of my Epic cards here are level 2, which means that they just simply are not as powerful as level 6 Common cards. However, I still want to use the Balloon and Freeze combo, since it’s a powerful combo. However, I already have the Wizard who’s a level 5 and can does splash damage and targets both air and ground troops like the Baby Dragon. So I’ll swap the Baby Dragon for my level 7 Barbarians, who are an excellent defense and offense against some of the deadliest threats in the game such as Hog Rider, Prince, Pekka, and Golem. So swapping my level 2 Baby Dragon for my level 7 Barbarians will make my deck stronger.


So you guys get the idea. So make sure you have a bunch of high level Common cards in your deck. Cards such as Minion Horde, Barbarians, Archers, Goblins, Spear Goblins, will all get you trophies and high up in the arenas very quickly if you focus mainly on leveling them up. It’s just so easy to upgrade your Common cards as you get to request for 10 of them in donations, as opposed to just 1 Rare card. And you’re going to see your clan mates who are just focusing on their Epic and Rare cards are struggling to move up in arenas.

Now the last tip I want to give you guys is something like really important. And that’s how to win more and stop going on those losing streaks. And I know I’ve stated this before in one of my guide as well, but it’s just so important to know. Every player who plays in long sessions usually goes on these horrible and random losing streaks. For example, if you play right now for like 2 hours straight and do about 40 battles, then you’re going to find that although you started off very good and probably moved up like 100 trophies, but at the end you started going on this ridiculous losing streak.

Why do these losing streaks happen? Well that’s a fault of the matchmaking system. I’ve tested this many times and I’ve always found that whenever I’m playing in long sessions, like after I’ve done about 8 battles, if I do more then I start getting paired up against players who are higher level than me more frequently.

Not only that, if you guys look at your activity log and look at your losing streak. For example, say you lost 3 times in a row. If you look at the decks all 3 of these players are using, you’ll see that they’re very similar. For example, they might all have the Minion Horde and Hog Rider in the same deck. While if you look before your losing streak, you’ll see that very few people or probably no one has both of these cards in their deck. And I’ve tested this many times in Royal Arena. Whenever I play in long sessions and lose or draw in two battles in a row, I can easily predict what the matchmaking system is going to pair me up against. For example, if the person I lost to use the Pekka and Princess and Inferno Tower, then it is highly likely that the next person I find also has a very similar deck.

So what’s the best way to play? And how do I stop going on these losing streaks?

The solution is quite simple actually. You just have to stop playing in long sessions. If you start losing 2 games in a row, then you should stop playing. Take a short 30 minute or 1 hour break, and then play again. Sometimes even if you won 5 games in a row, it’s a good idea to stop playing because the matchmaking system knows that you’re on a roll and it will start to pair you up against tougher opponents.
So those are my tips for you guys. Guys who don’t pay a ridiculous amount of money to get to the top. So hope you guys found this helpful, don’t forget to give the video a thumbs up and also subscribe if you haven’t for more great clash royale strategy and tips. Also be sure to share this with your clanmates because they’re probably in the same situation as well and get really frustrated with these ridiculous losing streaks and don’t know why it happens.

So thanks for reading guys, I’ll see you guys again soon. Later! 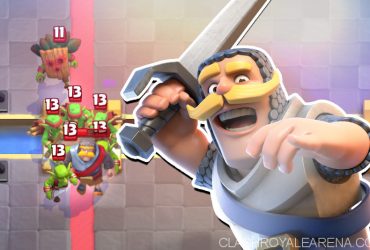 Hello guys, today I am going to do an in-depth write-up on a card which is being used a lot at the moment, the Knight! As you can easily notice, … 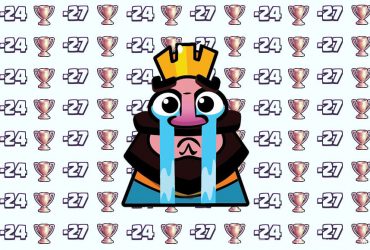 Wassup fellas, RohanReigns here talking about perhaps an untalked topic but a significant one, losing streaks. While some may have an incredible win ratio, but it’s no doubt that every …
Posting....