Heeey what’s up guys! It’s me Zigge here with another deck for you guys. This is the second CRA Birthday Special deck.

Here we have an Elite Barbarians deck which takes advantage of the Tornado’s special ability to pull units. 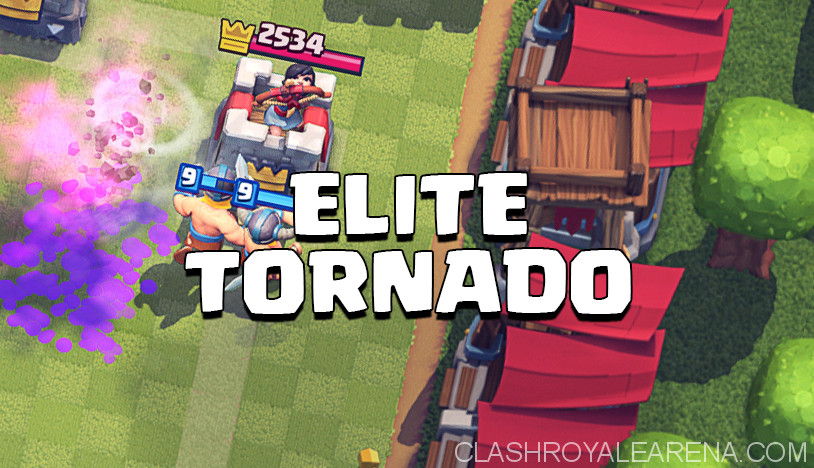 Note: The reason I call this a ladder deck is because many of the cards (Elite Barbarians, Tesla, Freeze, Fire Spirits) work better if overleveled, although this deck can be sued in Tournaments and Challenges too.

Elite Barbarians – The are the the heart and soul of this deck. They work very well with Ice Golem and Freeze which are gonna be their main support cards. Fire Spirits also complement them well because of their cheap cost and high splash damage. They can also be used defensively against a Giant or Hog Rider etc.

Freeze – Freeze is a very good ladder card because it gets soooo much better the higher you level it up. It works well with the Elite Barbarians because it can freeze the units they try to counter them with, letting them slice through both the troops AND the tower because of their high damage. Using the Freeze defensively is not a really bad idea if you know you get a positive Elixir trade.

Freeze can be replaced with Rage if you want to

Ice Golem – Ice Golem is extremely good with the Elite Barbarians because he can tank for them and take out swarms. He is also very good on defense and can kite units.

Ice Golem is very easy to use so I don’t think I need to give you any more tips, but if you’re unsure on how to use it, take a look at here.

Tesla – The Tesla is a very underused card because it’s in the middle between Inferno Tower and Cannon. It’s cheap and targets air but doesn’t have the ability to charge up but it’s still good for that guy who wants an air targeting tower that also counters Hog Riders.

Use the Tesla against a Hog Rider, Giant, Royal Giant etc. The thing that makes the Tesla unique is its ability to target air units which the Cannon can not.

Rocket – Rocket is another very underused card. It can be used to kill enemy units, mostly glass cannons, catching their tower too. It can also be used to clear out a tower with 493 HP.

The Rocket can also be used defensively but that’s is extremely rare. Only if you can get a huge positive Elixir trade (5+) and if you’re completely sure you’re gonna catch all of the units.

Fire Spirits – They are the cheapest high-splash unit in the game. They can easily take out a Minion Horde or a pack of Barbarians for a positive Elixir trade. They also work well with Elite Barbarians due to their cheap cost, fast movement speed and high splash damage.

They are also good defensively and can take out any swarm, ground or air, coming your way. Paired with the Elite Barbarians, on defense, they can clear out almost any push.

Skeletons – Great for distracting and shutting down a Mini P.E.K.K.A or Musketeer.

Also work well in front of a couple a Fire Spirits on offense, letting all of them reach your opponents tower dealing 507 damage.

Tornado – Now this is where it’s getting weird. The Tornado is such a key card when using this deck. Here I’ll explain why;

Like a basic control deck you play this. There’s one very important thing about this deck, when you get the chance, take it! Most likely that chance will only appear once in a game, maybe the first time they put down their Golem in 2x Elixir or even at the start of the game. You never know.

Remember that Tornado is a key card defensively as already mentioned so save it for defense.

This deck might seem weak to Zap bait decks but it’s quite the opposite. Most Zap bait decks carry a Miner nowadays, you can use this to your advantage by pulling their Miner to your King Tower, which leaves you without having to worry about those pesky Goblin Barrels, so you can save your Fire Spirits for their Minion Horde and your Ice Golem for their Skeleton Army.

When do I use my Tesla? It either just dies or survives with so much HP that I feel like it’s a waste.

So basically use your Tesla like you would use a Cannon or Inferno Tower, but like you have a mix between them. Tesla fills both roles of the Inferno Tower and Cannon, at the same time.

When is that chance you’re talking about?

When they’ve spent a lot of Elixir or, in very rare situations, when you know they don’t have a counter. Basically when you would send a Hog Rider, but in this case you commit much more Elixir and all-in them.

That ”all-in push”, what is that push?

Basically what I pair with my Elite Barbarians

Here we only have the two pushes mentioned above, you could experiment with other pushes in friendly battles.

Elite Barbarians + any of these cards;

Or a combo of those. 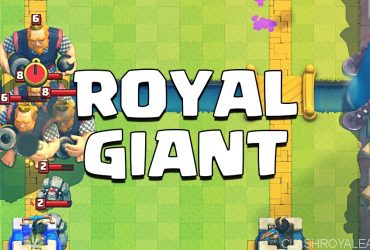 Are you looking for an easy-to-use Royal Giant Deck which works well in the current meta? This deck was shared by Joe. It works well against Lavaloon, Zap-bait, Royal Giant, … 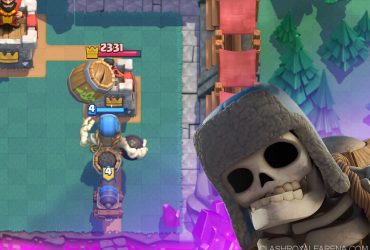 What up guys, Hybrid FTW here with my second guide on CRA. Recently, I saw a video on CWA’s channel on a Giant Skelly bait deck. This deck was actually …