Elite Barbarians are definitely the best card right now in Clash Royale after the huge buff. They are even more popular than the Mega Minion (from what I’ve seen). 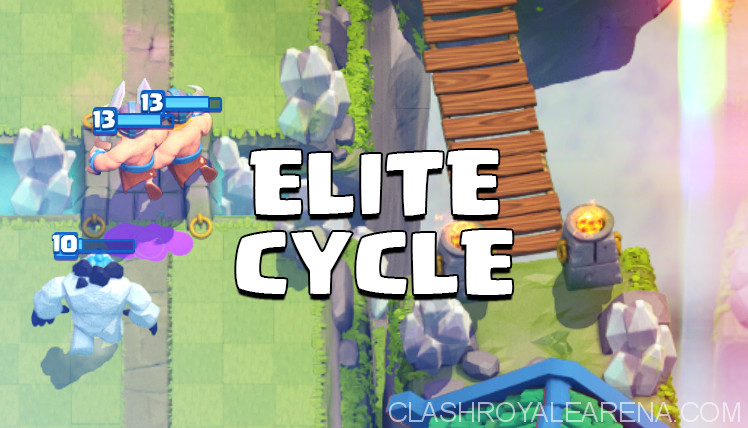 Elite Barbarians – These guys are the heart and soul of this deck (sounds very good because there are two of them). As they are common cards, it’s very easy to upgrade (overlevel) them. They work very well with the Ice Golem because of its ability to kill low HP units and slow everything down. They are used both offensively and defensively. They work well with Spear Goblins too! The Spear Goblins can stay behind and chip their tower while your opponent focuses on the Elite Barbarians.

Tombstone – Tombstone is a very good card because it can be placed down at any time and work as a defensive structure for 40 seconds. Place it down as soon as you have it to bank Elixir. It’s kinda like the new Elixir Collector in the way that it forces your opponent to make the first move. It can also counter the Furnace very well if placed correctly.

The Log – The Log is necessary in decks that use Elite Barbarians because of their hardest counter, Skeleton Army. The Log’s ability to cover a large area for a couple of seconds is very useful in that situation. It’s also good against other Elite Barbarian counters such as Tombstone. The Log is also good at taking out Fire Spirits or Ice Spirit.

Ranged unit of choice – Yeah, you read that right. In this slot you need an air attacking ranged unit. Examples of this are; Meta Minion, Ice Wizard, Musketeer, Archers, Electro Wizard etc. I currently use the Ice Wizard because he doesn’t die to Fireball which is the most popular spell at the moment. For that reason, Electro Wizard or Archers are not recommended here.

Spear Goblins – I remember the Spear Goblins vs. Archers poll a long time ago, Spear Goblins got 70% of the votes or something. Which is the most popular one now? Archers. But I wanna bring back Spear Goblins because the are fast, cheap ranged attackers. The can alone take out a Mega Minion or distract Elite Barbarians which are the two most popular troops at the moment. They are mostly used to cycle your deck, chip their tower or assist on defense by pulling enemy troops.

Zap – You really thought I was gonna explain that?

This deck requires you to be pretty experienced with cycle decks. And, to make it even harder, it isn’t even played as a normal cycle deck.

When you play this deck, you won’t wanna be too aggressive because Elite Barbarians are your only DPS unit.

What you should do is to use your Elite Barbarians defensively, then your translate that into a counterpush by supporting them with other units!

What is very important with this deck is, you can’t just sit back while your opponent cycles their deck and think; ”I’m fine with where I am right now, I got the Elixir lead.” Because, you have to have your Elite Barbarians!

Is it okay to do a push?

This may sound like a simple question that has a clear answer but, no it doesn’t.

The answer is; No. Not in regular Elixir time. In 2x Elixir when you can cycle your deck faster, that’s okay.

What units do I support my Elite Barbarians with in a counterpush?

Mainly Spear Goblins or Ice Golem. Not both in most cases.

What if my opponent out-cycles me?

He doesn’t. Your deck costs 2.6 Elixir. No deck that is cheaper than that can have a strong push that you can’t defend with Tombstone + Ranged unit of choice.

Note: All of these are counterpushes.

Note: All of these combos include a Tombstone except the last one.

Guys that’s it for my Elite Barbarians Cycle guide. Hope you have a good day, comment if you need any help or advice and peace out! 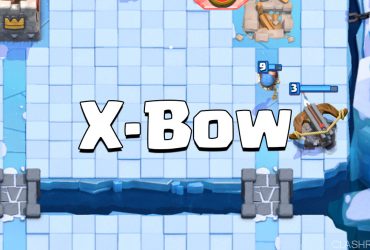 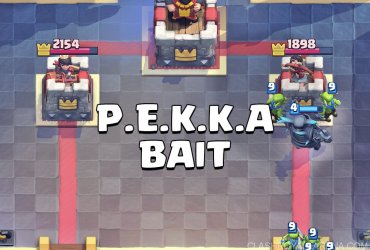 Hello guys! Bull3tst0rm here back again with my PEKKA GY control deck. I designed this deck in such a way that this counters current meta. In my opinion, it’s always …