Today I want to introduce with you a new Dual Prince, which was shared by T-Rex. This Dual Prince is working very well for me as I has successfully pushed my alt account from 2750 to 2900 trophies. The winrate is about 90%. I just only loss 1 time after a few battles. Sounds great? The Dark Prince + Prince combo is the main push in this deck. I strongly recommend you only use this deck in Royal Arena at this time as the meta game in each Arena is every different. Also, I will give you some nice substitution cards in this deck! 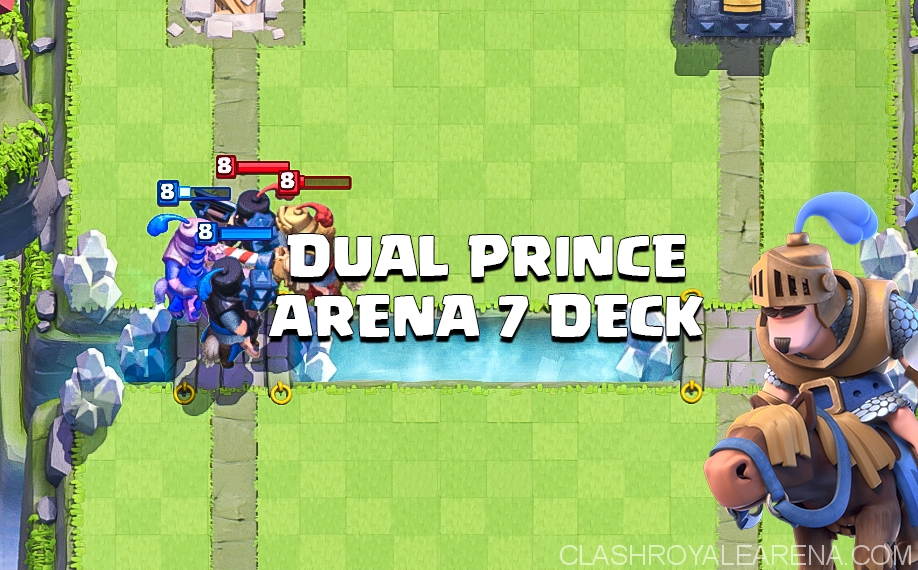 Below are some good substitution cards for you!

You will want to see some of your opponent cards at this time and try to remember them. You can start the battle with Archers, Spear Goblins, Baby Dragon or even Dark Prince. Always attempt to lure opponent’s cards out and be wary of them.

For example, If your opponent drops a minion Horde, you will Arrows it, right? You know he has Minion Horde so when you want to play the Dual Prince combo, have your Arrows ready to shoot once he has placed it.

During the mid game, the best thing you can do with this deck is to defend your Towers! Just keep countering your opponent’s pushes, which gives you Elixir advantage. Try to keep it above your opponent’s Elixir count. When you have an Elixir Advantage over your opponent, it’s time to launch your push! You will want to save up to 10 Elixir and push with your Dual Prince combo (place your Dark Prince in front of your Prince). Also, get your spells ready to take down his counter as soon as possible.

If your push gets countered, just stop, don’t continue with the push! Otherwise your troops will get countered easily and the opponent will gain an Elixir Advantage over you. Always try to shut down hit push before launching yours. You don’t need to destroy any tower during the mid game. The most important thing is that you deal more damage to one of his Towers than he deals to yours.

If you did well in the mid game, your opponent should has had at least 1 Tower under 1000HP. Just keep repelling his pushes and destroy the Tower with your Fireball. Once his tower is under 200 HP, just play defensively and use your Fireball to finish off the weakened Tower in the final seconds of the match.

When you lose a tower

If you have some mistakes and get behind from the start of the battle, just don’t give up. You can comeback anytime with this deck If your opponent makes mistakes as well. Just wait and look for opportunities to launch your Dual Prince push.

For example, when he drops a Golem and you have 1 Tower down, rush your opponent on the other lane immediately! This deck can easily turn the table during a match, for sure.

What is the strongest push?

This is the last thing I want to say about this deck. You can even get 3 crowns in a matter of seconds with this particular push!

Some small tips for you:

Okay guys so that’s the Dual Prince Arena 7 Deck from T-Rex! Do you have any question? Please comment and I will do my best to answer! 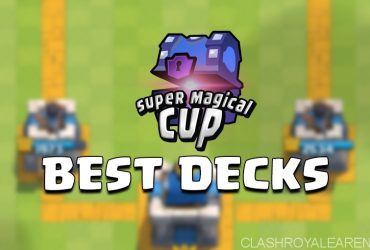 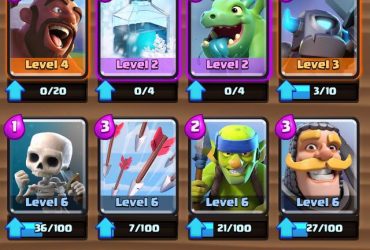 This is my Clash Royale Arena 4 Deck with freeze-hog variant, the thing I (sniper00) always admired about the Freeze-Hog strategy is how versatile it can be. Most cards in …