Wow, that was probably the most creative name I’ve ever thought of for a deck (IMO my titles are kinda bland) but anyway, I digress.

Hey guys, I’m going to show you guys this a deck variant I made of KairosTime’s Grand Challenge X-Bow deck here. It uses the new card, the Executioner, which I’m sure all of you guys will love.

Now, before you guys try this deck, it is not great in tournaments because it gets hard countered by a few decks(I will mention later).

So let’s get into the deck! 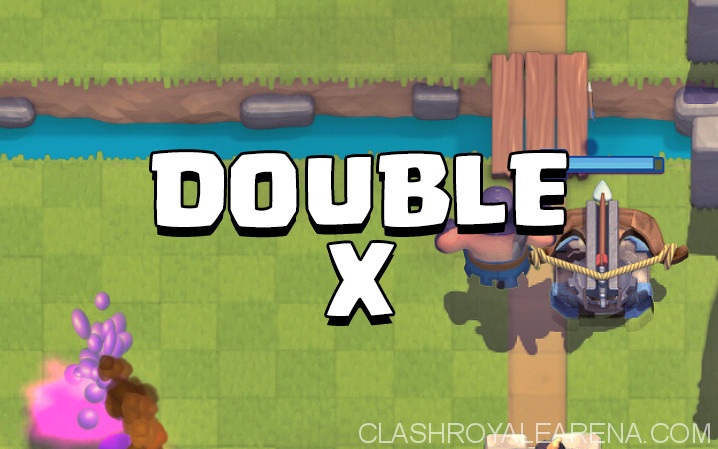 The main star of the deck. This guy is really great. Put him 1 tile from the bridge and watch as it withers away at the tower, even with only 10% of its health.

Plus, this card is not bad defensively when you have a bad hand. By placing it down defensively, it puts your opponent into an awkward situation, forcing them to attack first.

Be careful not to overdefend your X-Bơ, as this deck is mostly offensive and is very hard to defend with an elixir disadvantage.

Wow, I already love this card. It fits into any deck archetype!

Here, it is used to take out Minions, Minion Horde, Barbarians, really anything a Wizard can take out, but better.

You can use the Tornado to clump up all of the troops so that the executioner swings them all at once.

Placed well, he can shut down a Lava Hound Mega Minion Balloon combo with the help of the Tornado.

You can use it to make defense targeting troops activate your king tower. Once you’ve done that, treat the Tornado like a Cannon to pull troops to the middle in the kill zone (it’s actually more like a slaughter zone with 3 towers).

On offense, use the Tornado to keep your opponent’s defense away from your X-Bow.

Your opponent got your tower down and can place troops on your X-Bow? No worries, simply plant a predictive Tornado and deal accordingly.

What you want to do is place these guys on your opponent’s tank, forcing them to Log/Arrow/Fireball. Then, you can plant your Skeleton Army to shred the push into pieces.

Goblins also do a great job dealing chip damage if yours are overleveled. They are also a good graveyard counter since they do not die to zap and they are out of log range.

Your real tank killer. Not much to say about these guys. Put them on anything and they’re gone. Simple.

This slot is for something cheap to take down Goblin Barrel, which is dominating in the current meta.

Fire Spirits are better for air but The Log gives you guaranteed tower damage. Either way, they both take out princess and clear annoying swarms.

Still an amazing card after the nerf. Used to stall troops attacking your xbow, kill swarms, counter graveyard, and kite troops. Never send this guy alone because he WILL die.

This is the card that brings the whole deck together. It allows you to:

Just make sure your opponent can’t rush you with anything when you place it down.

As with all X-Bow decks, you will want to predict your opponent’s counters. This deck also relies heavily on putting yourself in a good rotation where you will always have your Executioner and tornado in your hand when you are on defense.

How do you do it? It’s all in turtling.

Turtling is a fancy term for placing a defensive X-Bow. By doing this, your opponent is forced to attack you or else they lose elixir. Sometimes, people underestimate the X-Bow’s range and have the X-Bow target the support troops, not the tank.

When you turtle, you will want to place the X-Bow far enough forward and in the other lane so that it is not sniped by Musketeer, Dart Goblin, or Princess, while dragging the tank far from your tower. Also make sure that you have enough elixir to do so. The X-Bow costs 6 elixir, which is a lot and can be a risky play when you have the elixir disadvantage.

If you are already in a good rotation, utilize the tornado to activate the king tower. After that, continue using the tornado on defense. Executioner + Tornado is an extremely solid defense combo.

The secondary objective of this deck is to bait out your opponent’s spells. I mentioned this topic briefly, but I want to show when you will use the Goblins to bait out spells or when you want to use the Skeleton Army.

Goblins are used as bait when your opponent is using an extremely tanky combo. The downside to these guys is that your opponent may not use their spells at all. Goblins are vulnerable, so lots of units can easily take them down. These guys are also bad at baiting out zap.

Skeleton Army is used as bait when your opponent is using a less tanky combo, like hog rider. It presents an immediate urge to ZAP IT, making it a surefire way to lure out spells. The downside is that you are subjecting yourself to a negative elixir trade against Zap or Log when you use them as bait. With Goblins, the best is Log for an equal trade.

By having the zap bait element, you have a backup, but risky option if you do not have your executioner tornado combo in your hand.

95% win rate. This matchup is soo easy. Just plop down your executioner so that it targets the lava Hound and support troops. When they get close, Tornado the troops away from the tower. Use Fire Spirits if needed.

80% win rate. This deck relies on your opponent’s small pushes. Often times, your opponent will send in a lone Hog Rider to “test the waters”. Use this opportunity to use the tornado to have the hog rider activate the king tower. The same goes for miner chip control. From there, goblins shut down the hog rider very well once you bait out zap.

30% win rate. This is why this deck isn’t great in tournaments. What you want to do when your opponent plays a tank in the back is to rush the other side with all of your Elixir. Then, pull the lone tank with your tornado to the king tower. This deck gets overwhelmed quite easily so don’t be discouraged if you lose.

This deck is great in ladder because it hard counters so many decks. If you are having trouble with heavy beatdown, use the original version of this deck. Hope you guys learned a lot and have a great day! 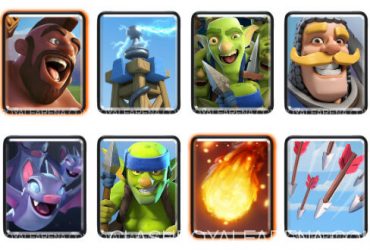 Hey guys!!! Here with my very first deck guide on CRA! I’ve been following CRA from a long time now and I thought its about time to post a deck … 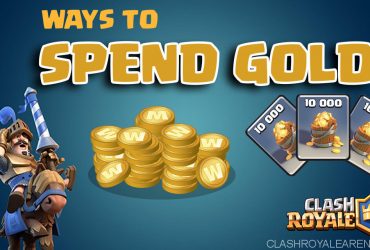 Hello guys, HS here with my 5th guide! To celebrate my first gift card(I heard you get one after writing 5 guides), I now present you an ultimate guide and …