Hey everyone it’s SgtBananaPants back again with my second guide about an amazing off-meta deck, the P.E.K.K.A Mortar! 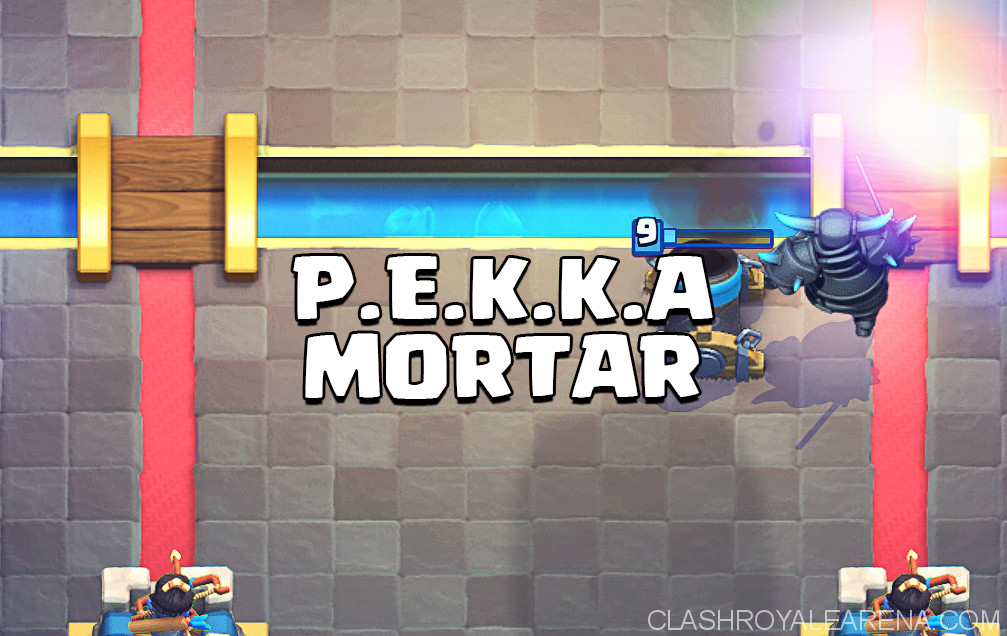 
Background: Now those who read my Double Prince Zap Bait guide are probably noticing there’s a considerable hiatus between the first and second guide. This is because my Zap Bait deck stopped working at about 3700 trophies, when lvl12 Ebarbs started becoming a big thing.

I dropped 400 trophies experimenting and then decided to make a Lavaloon Clone deck. That was two months ago as I’m writing this (May 6, 2017). Anyway, that deck got me from 3300 to my current high of 4329 within two days- and then, right when I was finishing my guide on it, I went on a 17 loss streak. After that, I continued using it for another season but couldn’t get much above 4000.

After the April season ended, I decided that as the new season began, I’d try a new archetype. And for no apparent reason, I chose Mortar. Now I began at 3800 using Woody’s Mortar deck- and promptly lost 300 trophies.

Now as a former Lavaloon player, I remembered how frustrating it was facing Executioner Tornado. So I decided to fashion a deck out of those three cards- Mortar, Executioner, and Tornado.

This deck is built around having the most efficient possible defense in as few cards possible, and protecting your Mortar and letting it get shots. So without further ado, here is the deck. 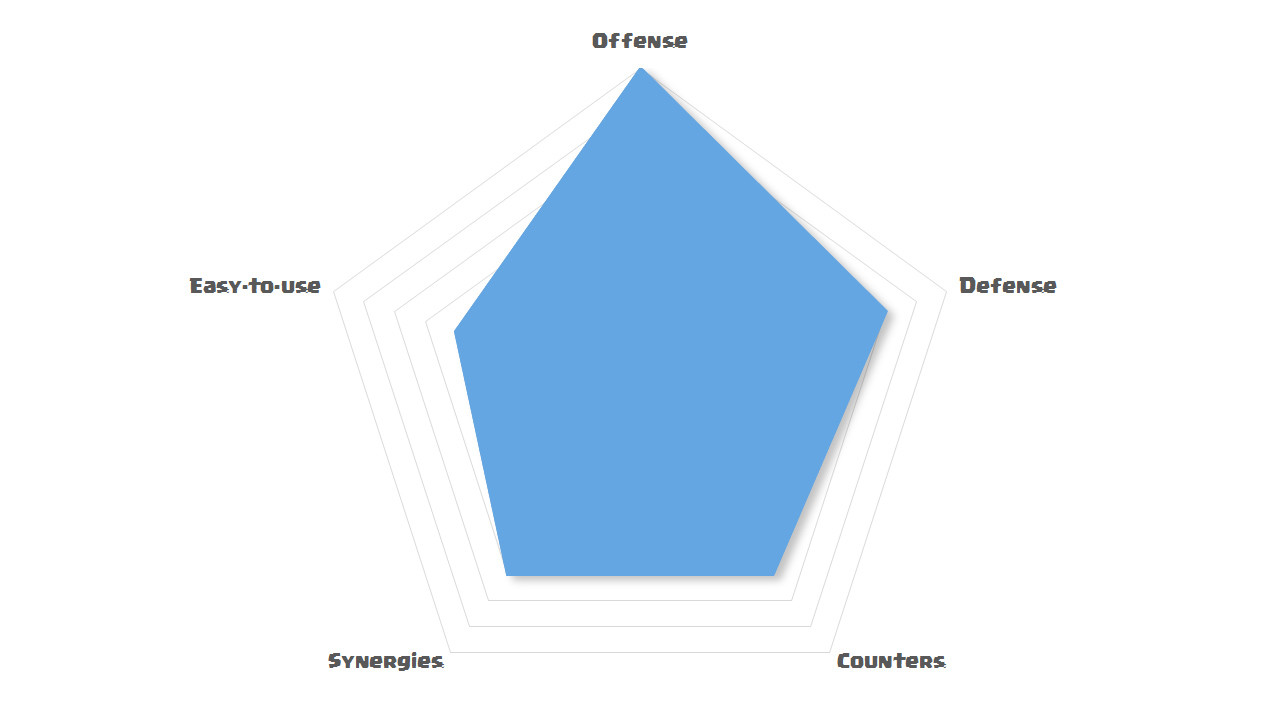 Mortar- Your main win condition. Place it a tile back from the bridge and a tile towards the arena edge and let it bombard the Tower. It can be used to defend a push if necessary, but try to use it on offense.

P.E.K.K.A– I don’t want to call it a secondary win condition, but it kind of is. It’s also your main tank killer. And if it gets hits off on offense, that just makes your game that much easier.

Skeletons- do I really have to explain Skeletons? Read more about the at here!

Poison- This is your Graveyard counter. Also good for poisoning towers and buildings. Finally good for Minion Hordes, which this deck does not have a cheap counter to.

The Log– Another self-explanatory card. Take a look at here to read more about it!

There is not one viable substitution you could make in this deck. All the cards synergize together in a very particular way, and replacing even one card messes up your whole defensive system.

(The one possible exception would be overleveled Zap on ladder for Log. However, Zap would not work nearly as well due to the lack of knockback.)

Most of your victories should be 1-0. Your goal is to defend the crap out of your towers, which is fairly easy with the amazing defensive layout that these cards are- until you make one mistake.

One mistake with this deck will cost you the game, and it takes a LOT of skill to not make a mistake, but if you don’t make a mistake you’re almost guaranteed a win.

There’s not much to say about offense using this deck. Use Mortar and Poison to whittle away their Tower. If you can get a P.E.K.K.A to their Tower, that makes everything a whole lot easier.

Now this is where it becomes complicated.

As you have no doubt noticed, there are only 4 troop cards in this deck. In some combination or another, they can stop any push. However, you will often have only one good counter for something, so you can’t waste your counters.

For example, if you are facing a Golem deck, don’t use your P.E.K.K.A on offense or something unimportant on defense. The only decks this deck struggles against are those that one of your defensive cards hard counters multiple aspects of, but can’t be used for both: Say Golem

Ebarbs. For that situation, use P.E.K.K.A for Ebarbs because they are more punishing and then Executioner Tornado for the Golem and whatever support they might have.

Bait– This is a very weird matchup. First of all, if they have Hog or Miner as a tank, Tornado it to the king Tower. If they have Knight, I’m not sure it’s possible to Tornado it to the king Tower, but try. Use your Executioner on offense to deal with the inevitable swarms. Now this is the deck where your P.E.K.K.A really comes into play. If they use the Inferno Tower on the Mortar use Electro Wiz to take it out and do P.E.K.K.A and Poison or P.E.K.K.A and Executioner to punish. If they use Inferno Tower on the P.E.K.K.A, either use Electro Wiz to support or punish with the Mortar.

All Lava Hound Decks: use Executioner and Tornado on the hound and all support. If need be, drop an Electro Wizard on everything. If they use Lava Hound Lightning, make sure you spread out your defensive troops so they can’t hit everything with the Lightning. On offense, take advantage of the lack of ground troops inherent in Lava Hound decks and capitalize with the P.E.K.K.A. You could even do a P.E.K.K.A+ Mortar push and let the Mortar clear away all the ground troops.

All Golem or Giant Decks: same as Lava Hound, except use P.E.K.K.A for the Golem and Executioner/Tornado for the support, then counterpush with Mortar.

Hog Cycle: Tornado the Hog to the king Tower. Then take future hogs out with Electro Wizard, Skeletons, or Tornado to the kill zone where all three towers can hit the Hog.

Three Musketeers Cycle: place P.E.K.K.A on the side with two Musketeers and Skeletons on the third Musketeer. You could also Tornado all the Musketeers to one side right when they split them and then Poison them all and the Tower. You will be defending with the P.E.K.K.A and then counterpushing a lot.

Royal Giant– just save P.E.K.K.A for the RG, Executioner or Poison or ewiz spawn Zap for potential Minions, and then put Mortar behind everything for a counterpush.

Elite Barbs and Hog– P.E.K.K.A for Elite barbs, defend Hog like I described above.

Elite Barbs and Royal Giant- P.E.K.K.A for Ebarbs, and then use ewiz and Skeletons or Executioner and Tornado for RG and support. If they push with both, get a huge positive Elixir trade with P.E.K.K.A and maybe Executioner to help with support.

Siege– I have not played one siege deck, which just goes to show how obsolete this deck is right now, so I don’t know for sure how to defend it. I would try to use P.E.K.K.A and Log any swarms and try to Mortar to chip the Tower.

The only type of deck this deck has trouble against, as I described before, is decks with multiple cards that are hard countered by the same card but can’t be used for both cards, like Giant Ebarbs. For that, just take out whichever is the greatest threat with the hard counter and take out the other with another card or combination, like P.E.K.K.A for the Ebarbs and Executioner Tornado for the Giant and support. 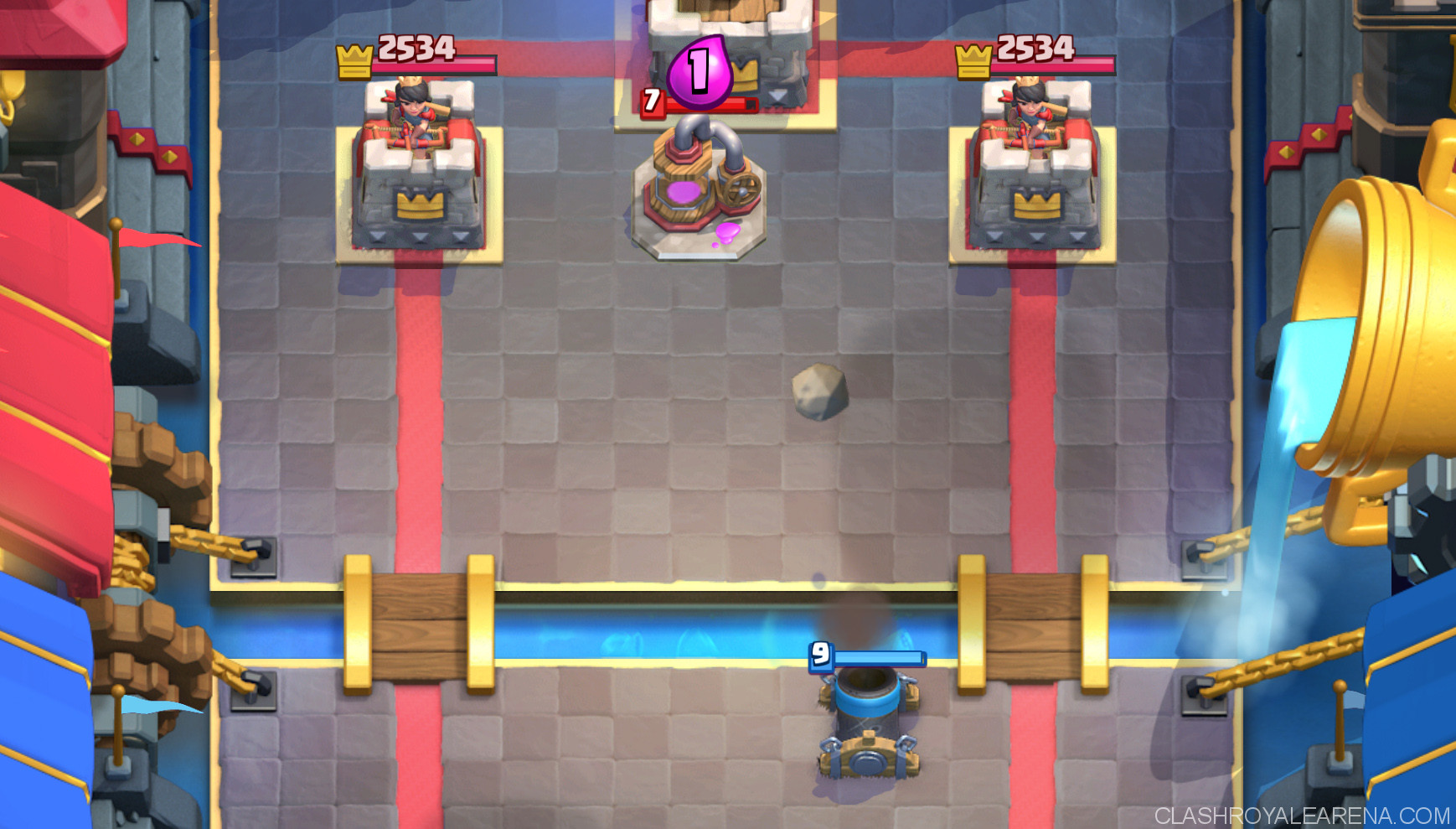 So yeah, that’s my deck. It’s super super powerful, so powerful I can’t see an obvious weakness. It takes lots of practice- even I mess up with it sometimes- but when you’re good with it, it’s insane. 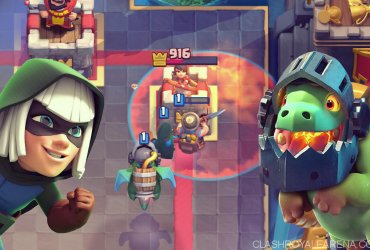 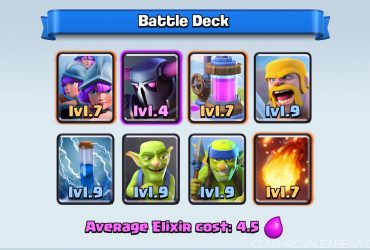 Hello guys today I am going to show you a new standing deck evolving around P.E.K.K.A and 3 Musketeers. This deck successfully got dsofsof to up to 3400+ trophies as …