Greetings to all fellow Clashers! It’s MYSTIC here presenting to you a solid deck that utilizes the Mortar, a card that hasn’t seen much use in the current metagame. Since the popular GiPoison (or Goison) strategy is getting nerfed in the next update (20 Oct), it might be wise to try out new strategies, including this deck! Give it a try and let me know how it went for you! 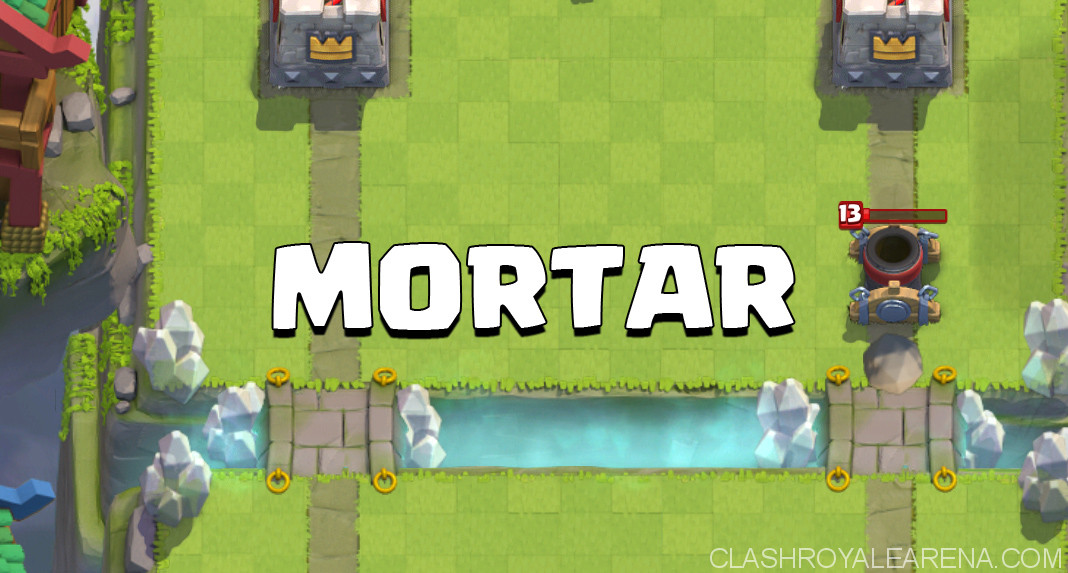 Mortar: Needless to say, the Mortar is the main win condition of this deck. Place it 1 tile away from the river while attacking, such that it still receives some protection from your Arena Tower. Try to constantly cycle to Mortar, and be sure to protect it with the necessary troops (I will elaborate more about this later on). Remember, Mortar can be used as a last resort against Hog Riders, and do not worry if it gets destroyed; you can always cycle back to it later on!

Inferno Tower: At the moment, Inferno Tower is still one of the best anti-meta cards. Counters Giant, Lava Hound, Hog Rider, Prince, Sparky and just about any other tanker! You can (and probably should try to) use it to protect your Mortar while attacking if you know that they have Giant in their deck. Also note that Mortar 1-shots Princess.

Ice Wizard (Alt: Wizard/Valkyrie/Spear Goblins): Great defensive troop. Its slow effect slows down any push; use it in conjunction to Inferno Tower while defending, and use other troops as needed. It cannot be Fireballed (unlike its counterpart, the Wizard), making it one of the most reliable defensive troops. Most importantly, he takes out swarms really quickly, and is a great addition to this deck!

Archers: Excellent support card. Use it to support your Mortar, or use it defensively against pushes (they actually deal decent dps). Use it against Minions and other swarms (make sure to place them at a safe distance though!)

Lumberjack (Alt: Mini P.E.K.K.A): A great card, both on offense and on defense. Lumberjack + Mortar can often catch opponents off-guard, and they might not know to properly defend against it. On defense, it does well against tanky troops like Giant, and ranged troops like Musketeer. Lumberjack+Zap/Ice Wizard can take out a Mini Pekka of up to Level 7. Remember that Lumberjack can also be used to split-push, as he can deal insane damage in a very short time to the enemy’s tower if left unattended.

The Log (Alt: Fireball): It has a bad reputation for itself as being the worst legendary card in the game. However, I beg to differ. It is an automatic +1 elixir trade against Princesses, which you will face very often after Arena 7. It can be an extremely valuable spell when played at the right time. It instantly takes out ground swarms, and is also effective against Barbarians and Three Musketeers alike. It can also be used offensively in late-game. When the enemy’s tower reaches critical HP, just defend and constantly cycle to Log and Zap to take down the tower. When played at the right time, it can be used to gain insane value if you manage to hit multiple units at once. It takes out Ice Spirit, and resets the charge of both the Prince and the Dark Prince. It can also be used against Goblin Barrel as a last resort (make sure to practice the timing though!).


Zap: Without a doubt, Zap is, by far, the most versatile spell in the game. Resets Sparky, takes out/critically damages swarms, resets the charge of both Princes, makes Royal Giant change target, and so many other possible applications. All for only 2 Elixir. Insane value.

Barbarians: Great defensive card. Use it in front of Mortar to protect it against Mini Pekka, Prince and other ground troops (do not do so if they have Fireball or Rocket though!). Use it to defend against Hog Rider, Giants, and many other troops.

Star with either Mortar (1-tile away from the river), rush Lumberjack, or Archers/Ice Wizard at the back of your king tower. Counter their pushes with Inferno Tower, and use other cards as needed. Try to constantly cycle to Mortar, and if everything goes well, you should have taken a tower down to below 300HP before overtime. In that case, just use Mortar defensively, and use Log+Zap to take down their tower. If you cycled fast enough, it is possible to place multiple Mortars down. With more than 1 Mortar targeting their tower, it is usually GGWP and good luck. This strategy of multiple Mortars works especially well in Challenges and Tourneys, with the extended overtime.

Below are ways to defend against various cards

Below are combinations to use the Mortar with

Issues With This Deck

This deck is countered by Royal Giant, as it can snipe the Mortar without taking damage. Against Royal Giant, use Mortar defensively (in front of your crown tower) and play for a draw. This deck is also countered by Three Musketeers, albeit to a lesser extent. Matches against Three Musketeers are still winnable, but use Mortar to take out 3M and do not play overly aggressively. As a Siege deck, Rocket counters this deck for obvious reasons, so do not cluster your troops if you know that they have Rocket/Fireball. Tanky decks (such as P.E.K.K.A Double Prince) are also tricky to deal with, make sure to use Inferno Tower and Ice Wizard to defend pushes and do not allow them to build up big pushes.

That’s it! Sorry for the long write-up, I will try to summarize better next time! Give this deck a try and let me know whether it has worked well for you! This deck works both in ladder and in tourneys/challenges (make sure you have tourney-level cards though!). I wish you the best of luck, and have fun Clashing! 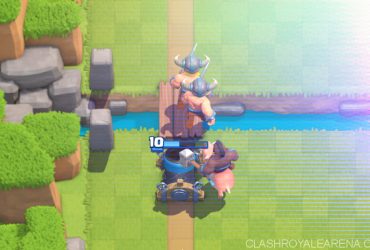 What’s up guys, Corrosive Logic is back with another deck! This time I’m going to breakdown an extremely off-meta deck, I mean you don’t exactly see a deck with Elite … 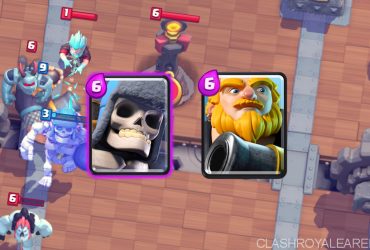 Hey guys, Leonex here with a new and unique deck. So the other day my friend trolled around with a Giant trifecta deck (Giant, Royal Giant, and Giant Skeleton) and …