Hey guys! It’s Bull3t$t0rm here again with a unique deck that has been working like a charm for me in ladder, a MORYARD Deck! 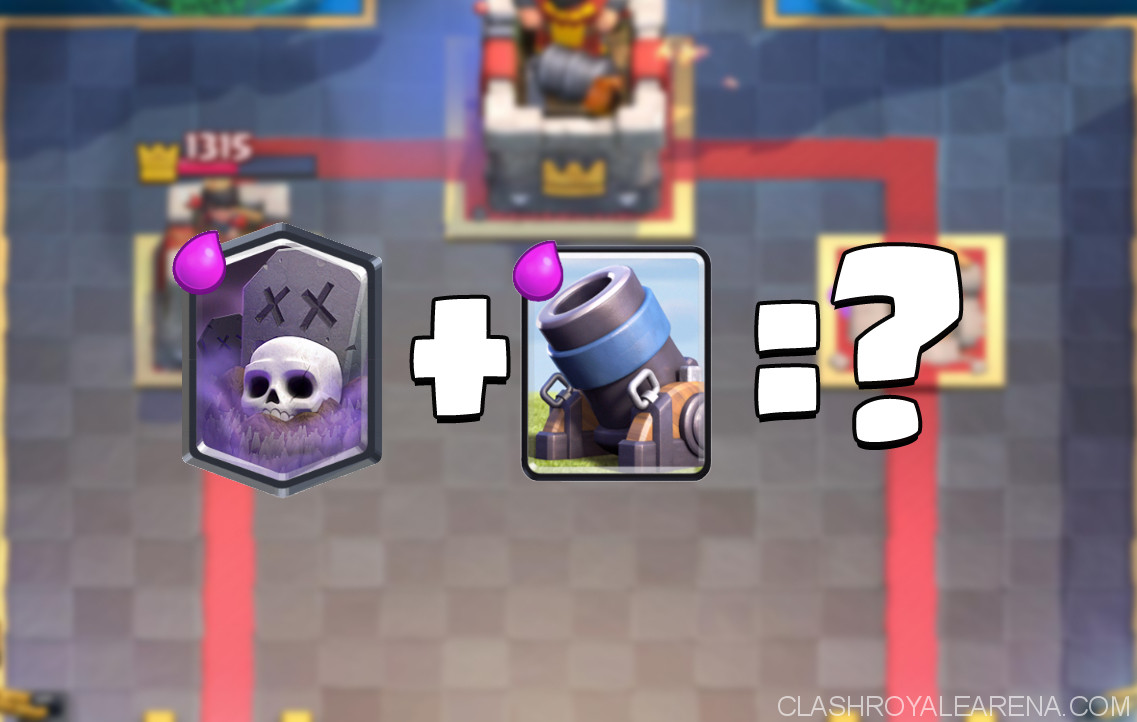 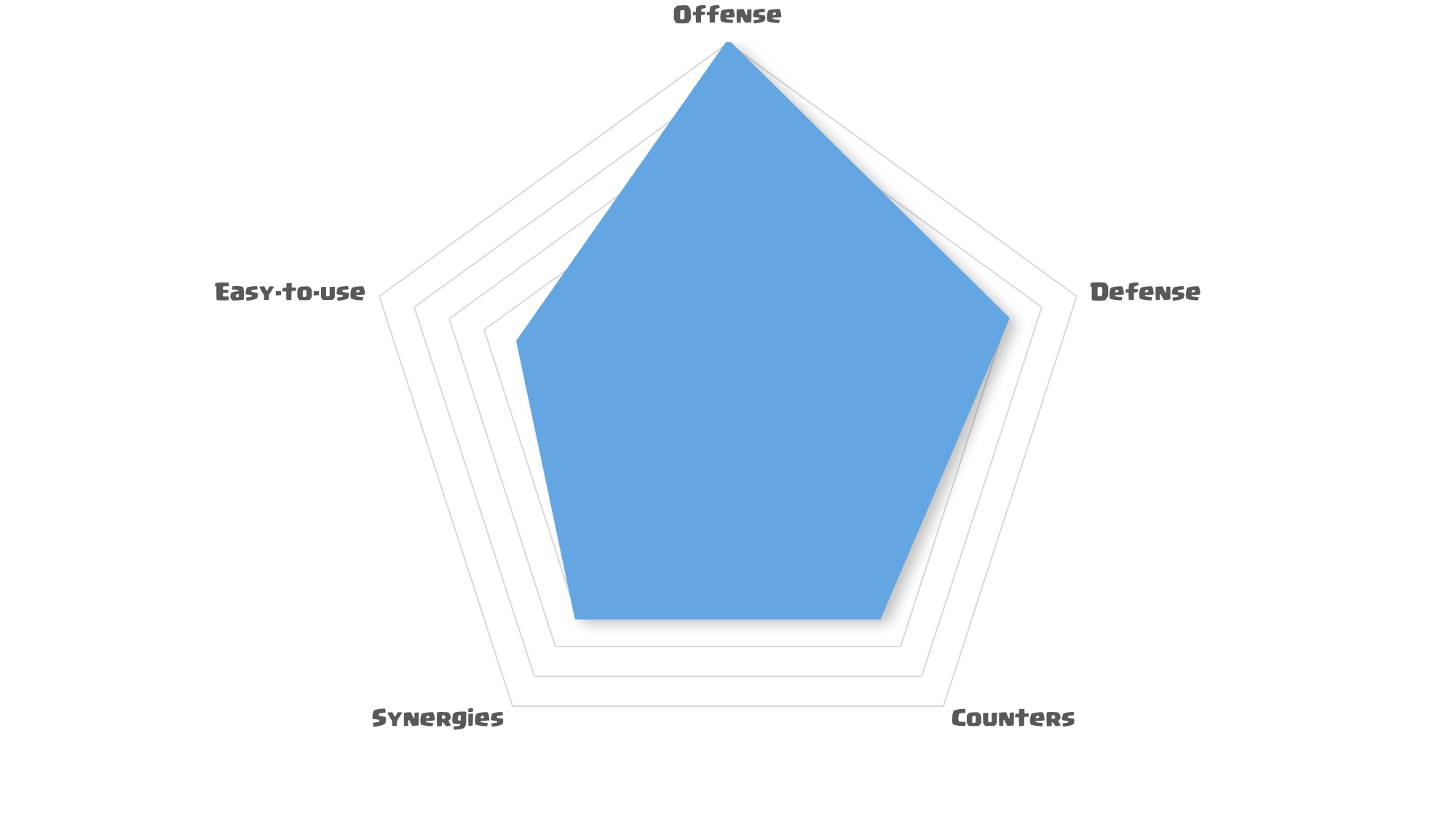 Want carry a Royal Giant for 3 elixer but you don’t wanna carry the hatred? There you go!

This guy packs same Damage per attack as that of Royal Giant.Being tanky and having such defensive capabilities made him a perfect choice for this deck.

Overall a great card which is gonna tank for the win condition and act as a defensive unit.

This is the “suprise madafaka”  kinda card in this deck i.e pocket card .

This card being 5 elixer one is a HUGE investment spell which can be negated without taking any damage if the opponent has any squishy troop or Hard counter(Archers , Valkyrie ) in his hand.

Despite having many counters, Graveyard can be very effective, and even more effective when your opponent doesn’t expect it.

What makes this card a very good pocket card is the fact that you will most likely know what cards your opponent has in their deck to counter your Graveyard before you actually use it.

his lets you do massive damage when you know that their counters are out of rotation and your opponent can’t counter it.

After putting the deck together all I had was a slot. I wanted that card to cater 2 of my needs

P.S: Don’t try to be savage by filling in the blank… Nvm, its a bad joke

Squishy troops , being the MAJORITY that counters GY PERFECTLY , Arrows was my obvious choice..

They have good crowd control and DPS potential. They also have rather good survivability for 3 Elixir as they will not die to Arrows or The Log at tournament standard.

Even though not much Graveyard players are around, this card has many other uses (other than nullifying GY) such as to counter low hitpoint troops like Minions, Spear Goblins, and Goblin Gang.

Although Archers are not splash troops, they are an effective counter to a lone Skeleton Army which is running rampant these days.

Pretty standard stuff when it comes to Fire Spirits.

In this meta, where there is so much Log Bait decks, Giant Double Minions deck, these guys come in handy.

The Fire Spirits can also take out three out of four Barbarians if they are alone and are bunched up in a square.

With proper placement and timing, the Fire Spirits can be used to counter a Goblin Barrel completely.

If timed correctly, a Fire Spirit can damage or even destroy all of the Lava Pups just as they explode from the Lava Hound.

With the increase in Giant double Minions deck, Log bait deck etc this card will always come in handy.

This is the time to make the fullest use of these overpowered jerks(before it gets nerfed which is not that far imo).

Goblin Gang simply offers way too much value for 3 Elixir. It’s takes Goblins and Spear Goblins out of the question.

Just place it in middle when a push approaches, and just watch the positive Elixir trade…

With the current buff to Spear Goblins, I dare say they are OVERPOWERED.

The arrangement of the Goblins on spawn also make them great for pulling units, distracting and killing both dragons and the Mega Minion, while also gaining decent chip damage.

Most of em right now might have noticed that I haven’t included any big spell in this deck.

Believe me , this bad boy compensates that to maximum extent.

Why do we need Big spells?

If Collector is placed in front of King Tower (also called anti Rocket placement ), Mortar can be used to take it down.

Placed back of Princess Tower ? Call yourself lucky and go for Knight+Graveyard and hover Arrows for a potential squishy troop .

3 Musketeer can be killed with a defensive Mortar and the same goes to Glass canon.

90% of the time I we won’t be having the need to take out a weakened Tower as we are using GY as a pocket card .

Over and above this, Mortar is our primary win condition. Sooooo CooooooooLLLLLLLLLLLL right?

This card is the ULTIMATE DEFENSE against any beatdown deck.

With the reduction in Lightning usage rate, victory is almost confirmed against any beatdown player as we have many troops to bait opponents Zap such as Goblin Gang, Fire Spirits and to some extent Mortar (You guys have no idea how many times my opponents reflexes are bad than my Great Grandpas’).

Even after defense, this bad boy demands a response as ignoring him is equivalent to DEATH WISH.

As you guys could see, this deck can be played either as a Mortar cycle deck or as a GY control deck or as a Hybrid one.

Starting hand won’t hurt as we can split Archers or quickly place Fire Spirits on the bridge which demands a response or we could even split Goblin Gang.

In the first 2 minutes of the game, play passively not showing Graveyard if you don’t know their deck completely.

Play it only when opponent goes nuts by playing Golem, Lava as a starting move as we know we can over commit and defend the Golem or Lava with our Inferno Dragon.

Playing GY will allow you to take out Elixir Collector and do some damage to Tower if the Collector is placed behind Princess Tower.

I recommend playing Graveyard in the above circumstances only if you have Knight+GY+Arrows in cycle and play it as a Mortar cycle.

This deck has so much defensive capabilities which will let you defend most of the pushes with ease and do small counter push with the remaining units after successful defense by adding in Mortar or Fire Spirits but not Graveyard unless u are in great Elixer advantage.

Playing defensively in first two minutes allows you to feel opponent’s deck, to know his counters for our Graveyard and to know whether your opponent has a hard counter to your Graveyard i.e Valk, Archers.

This knowledge will help us in Double Elixir to bait out his hard counter before playing GY. Then, just use Knight + GY + Arrows for his squishy troop is pretty much GG as opponent will get caught off guard and we made him play by our rotation without showing our win condition.

“The whole secret lies in confusing the enemy, so that he cannot fathom our real intent.” ― Sun Tzu, The Art of War

As I said earlier, If some deck hard counters Mortar then change your game plan…

Use Mortar as your defensive unit and play the deck like a typical GY control, Mortar being a defensive structure .

Pretty easy matchup in my opinion.

Collector in front of King Tower? Mortar it.

Collector in the back of Princess Tower? Knight+GY and hover Arrows to get the squishy troops (Herinafter called standard stuff in this guide) to take down the Collector and get some Tower damage.

Golem in the back? Push opposite with standard stuff.

As long as you use Mortar on defense and save Inferno Dragon for his Golem you’ll be fine.

We have Fire Spirits for his Minions, Arrows for Minion Horde and Inferno Drag for his Giant.#

Our deck is designed in such a way that it counters the current meta and Log Bait is no exception.

Our deck has 3 counters for his Goblin Barrel(Arrows, Fire Spirits and Goblin Gang).

He can’t out-cycle us no matter what and when he becomes desperate and Rockets our Tower, use Knight+GY and hover Arrows for his Goblin Gang.

Good game it is!

This could be tricky based on our cycle and micro plays and so I will explain a bit.

In this game use Mortar defensively.

Even tho we have Inferno Drag to kill his Lava, we can’t deal with a full scale Lava Hound push and so making a 4:3 Mortar plant will pull Balloon in the middle making it easy for another Tower along with Archers or Fire Spirits to take care of Balloon.

This is a hard matchup cause opponent can counter our GY with Minions as well as Tombstone (which is common in Lava Hound decks).

Most of my opponent are not smart enough to use Tombstone to defend against my GY and so I get away with it.

If you opponent is smart go for a DRAW.

Using Mortar to win this matchup is SUICIDAL.

This deck never gave me trouble unless I had a bad cycle and not able to punish his Collector.

This will be a cake walk if we use GY as a pocket card play defense and an occasional Mortar on offense till the opponent gets cocky and uses Miner+Poison on offense.

If that happens use Fire Spirits on Miner to mitigate some damage (optional) and immediately go with the standard stuff on the other lane.JeeJeeDoubleYouPee my bruh! 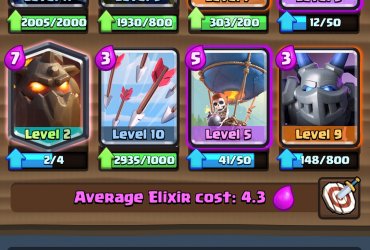