How to Counter the Graveyard Freeze Combo – Clash Royale Arena

Hey guys, Corrosive Logic here with yet again another super interesting, must read strategy guide on How to counter Graveyard Freeze Combo! 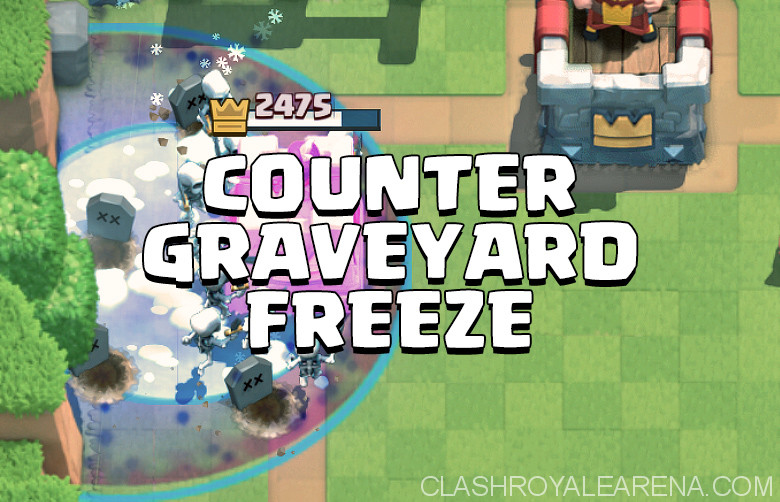 How to Counter the Graveyard Freeze Combo

A lot of people have been complaining about the Graveyard Freeze combo, so I decided to make a guide on how to counter it.

The first few times I played against it I actually found it really tough to defend against, but obviously when you get more experience against it you start to counter it more efficiently.

A lot of people say Graveyard Freeze takes no skill, but anything that can be tough to counter is going to be called no skill (overleveled Royal Giant, X-Bow, Elite Barbarians etc.).

Below I’m going to mention some of the Graveyard counters so that when I mention “Graveyard counter” or “quick attack speed troop” you’ll know what kind of troops I’m talking about these ones:

I wanted to see if it was possible to counter Graveyard Freeze using only one card, and I found that no single card can stop it fully, even Barbarians/Elite Barbarians will be killed. Your two best shots are Ice Golem, and Poison.

Before you go straight to the comments and tell me Valkyrie can counter Graveyard on it’s own, I’ll quickly tell you that a well timed Freeze on the Valkyrie will allow the Skeletons to kill it and then do lots of tower damage, this can be seen in my video. I varied the Valkyrie placement in order for it to survive, but that would mean that lots of Skeletons would reach the tower because the Valkyrie would not be in the way.

Princess is also not viable on its own, it range might allow it to not be frozen but it doesn’t kill the Skeletons fast enough.

When you lose a crown tower, defending the other one against graveyard is a lot easier because your King tower can also one shot Skeletons. A Tornado pull early in the game can result in an activation. This can be beneficial in the long term but on that single push Tornado won’t stop the Skeletons from devastating your tower.

Two Troops: This is the first thing I tested, and there’s two ways you can go about it.

Troop and a Spell: Definitely the best way to counter Graveyard Freeze.

Before we already mentioned that a ground troop + Poison counters GY pretty well, now let’s get on to the other possible ways of countering it.

This guide only covers Graveyard Freeze on its own.

Unlike Graveyard Fireball, a good thing about Graveyard Freeze is that there’s a good chance all of your defending troops can survive, which can lead to massive counter pushes!!!

So overall these are the 3 best ways to counter Graveyard Freeze:

I hope you enjoyed this guide, if you did I would really like it if you could support me by subscribing to my Youtube channel. Doing so will encourage me to make more strategy guides for the community because it does take hours to make each one of these guides. Thank you. 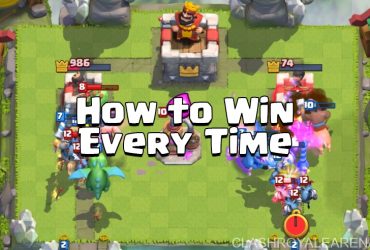 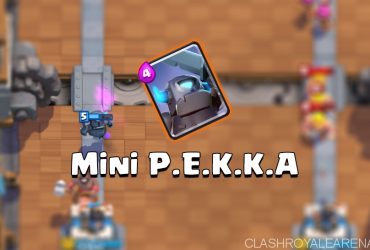