How to Count Cards for Dummies – Clash Royale Arena

This is a guide for new and experienced players alike and will help you get better at using Card Rotation to give you the advantage in battle. 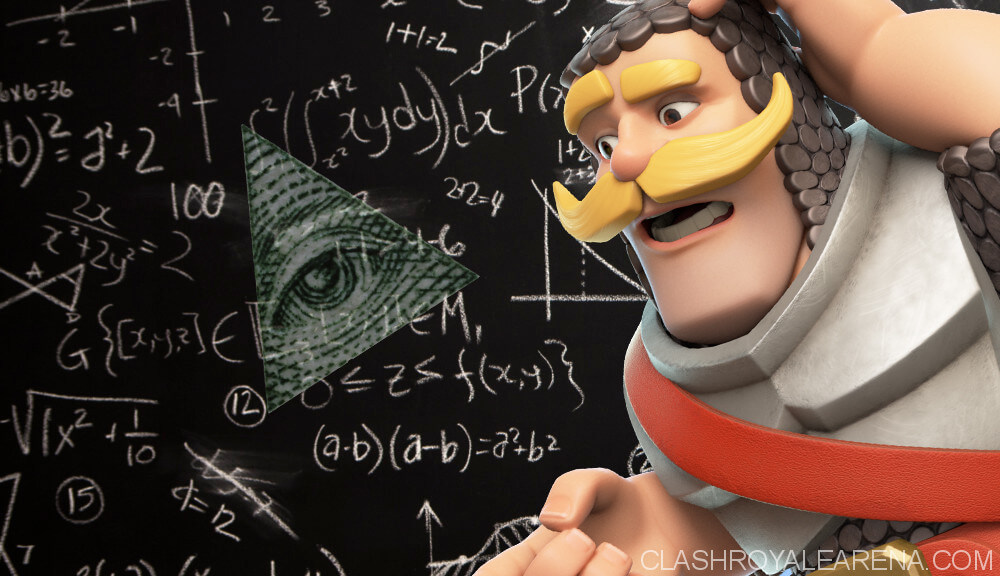 In this guide, we’ll focus on these key topics:

With the exception of your starting card rotation, the rotation of cards in your deck is not random.

Every time you play a card, that card is placed in the back of your hand and once you play 4 more cards, that card will be back in your hand.

Because you can count on a card coming back into rotation after 4 additional cards have been played, there are some strategies that are useful to apply by counting your own cards, and your opponent’s cards, along with some other strategies.

By counting your cards, you can make sure you have the right counter to your opponent’s cards.

By counting your opponent’s cards, you can be aware of the offenses they will likely use and be ready to counter them.

You can also be aware of the defenses they will likely use and proactively put cards on the field to counter those cards, or be ready to quickly react to certain defenses (Be ready to Zap the Skeleton Army).

By including 4 inexpensive cards in your deck, you can cycle back to the offensive card or defensive card that you’re wanting very quickly.

This written guide comes with a video guide that includes gameplay examples that I would recommend watching:

Your short term memory can contain about 4 to 5 pieces of information at a time. Even if you could remember all 8 cards in your opponent’s deck, the last 4 that were played, which order they were played in, and do all of that while playing an incredibly fast paced and competitive strategy game, your short term memory only holds information for about 10 to 15 seconds
Source

If someone says they can, they’re either lying, or they are a genius.

Note: It’s possible for one to overcome these mental limitations, but it does require deliberate effort and practice. Most people aren’t willing to practice this enough in order to actually overcome these limitations. 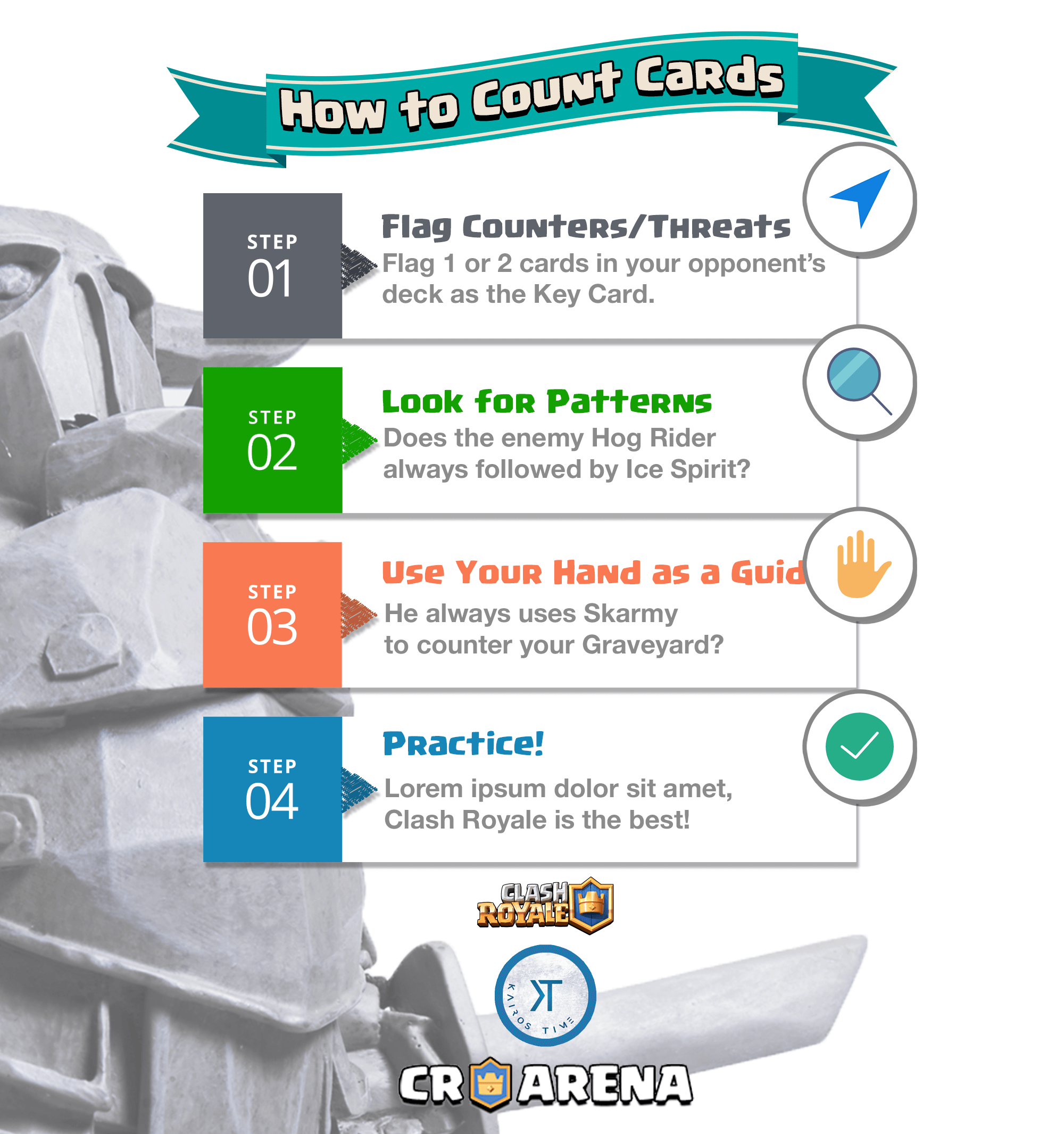 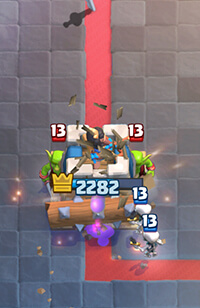 It’s impossible for the average person to count cards for all 8 cards in their opponent’s deck, but with some practice, it’s very doable to count cards for 1 card and possibly 2. This does require a good amount of effort at first, but the more you practice this, the more it’ll become second nature.

The first step in counting Cards is to flag 1 or 2 cards in your opponent’s deck as the Key Card.

Flagged cards are cards that you’ll want to know if your opponent has in their hand so you can either avoid being countered by them, or so that you can be ready to counter. 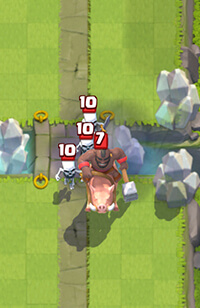 Looking for Patterns is the easiest way to “count cards”. Because there are only 8 cards per deck, players will frequently play cards in almost the same exact order as you respond to them, and they respond to you.

By looking for certain patterns, you can know which cards are in your opponent’s hand and which cards they’ll likely play.

3. Use Your Hand as a Guide 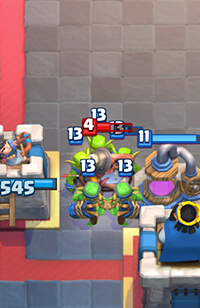 Because you know the cards in your hand, it’ll help you know which cards are in your opponent’s hand.

Just like any skill, counting cards may seem almost impossible to start with, but as you practice, it will become to feel like second nature. And even though you’re not actually counting every card in your opponent’s deck, it will feel like it!

The easiest progression is to get used to flagging cards as Key Cards first, then move on to looking for patterns and using your hand as a guide. After you’ve mastered those principles, you can move on to actually counting 1 card, and finally 2. If you can get to that point, you might as well not stop there and see how far you can push your limits!

Don’t play a card your opponent has a clear counter to, until they’ve already used it, unless you have to, or until they don’t have the elixir to play the card.

If they use the card in a less than ideal situation, you can play your card which will put them in a tough spot.

If you play it when they don’t have the elixir to play the card, you put them at disadvantage because that card will likely take up a space in their hand until they get around to playing it.

Try to break the opponent’s cycle!

If you notice that you and your opponent are playing in a cycle, sometimes breaking that cycle by playing a less-than-favorable card may actually give you an advantage because it could throw your opponent off guard.

Getting out of the cycle can be the difference between winning and losing if your opponent is doing a good job at countering your deck.

There’s a Draw-Time delay between when cards will be moved from your deck to your hand.

This means that if you’re trying to cycle to a certain card, it may take time for you to actually get to it. The Draw-Time Delay is 2 seconds in 1x elixir, and 1 second in 2x Elixir. 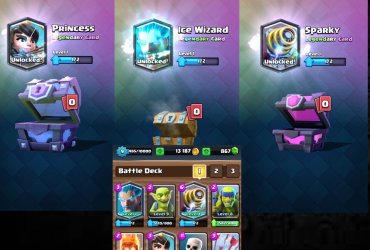 Hey guys it’s Ash, here to give you guys tips on getting legendary cards, the chances of getting one, and my take on what you should focus on as either … 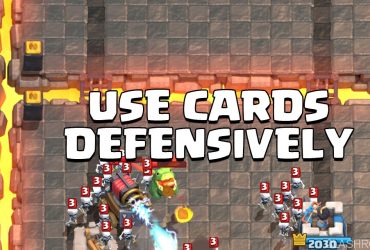 Hello guys, T-Rex here and today I’m here to share my guide to using EVERY CARD IN CLASH ROYALE DEFENSIVELY. I’m not the best player in the world, I’m only …