Hey, guys! My name is Blaze Stone and today I will be sharing with you how to play and build your own rocking Control Deck! 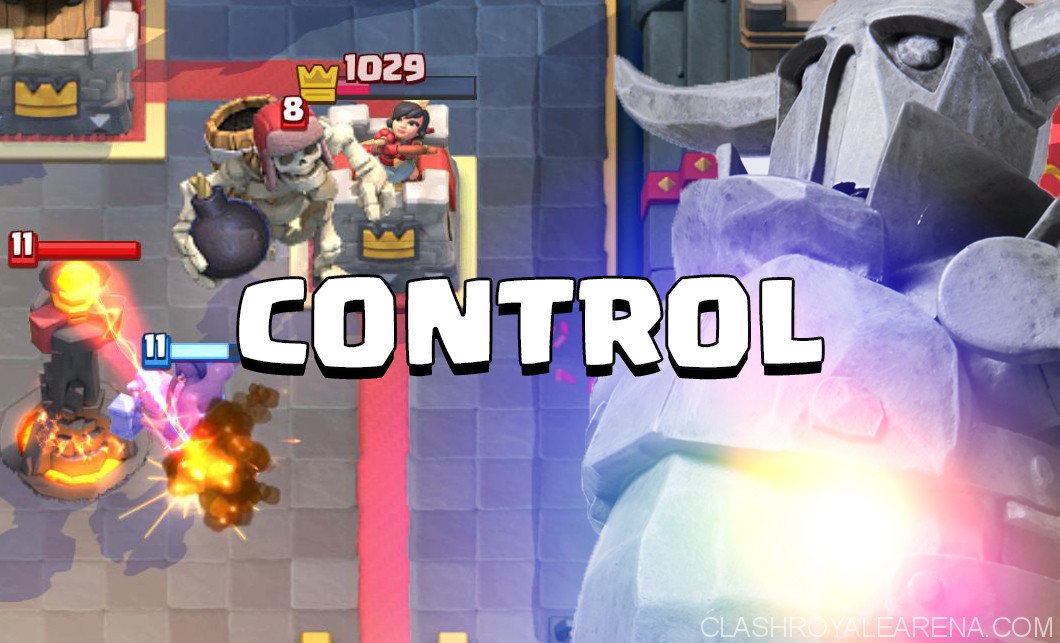 What are deck archetypes? What are the differences between them?

Deck archetype is basically the playstyle of your deck. It depends on how offensive or defensive you are, what technique you use to deal damage to the towers and what cards do you use.

There are 7 archetypes in my opinion:

There is also a guide on Clash Royale Arena talking about deck archetype. You can take a look at here for more details!

What is Control Archetype?

Control Archetype is a playstyle in which you manipulate the opponent. You defend against his/her pushes at the same time gaining elixir advantage and slowly wear him/her down by counter push and chip damage. And finally, when you have a big advantage, push and finish of the slowly weakened tower.

This is the most difficult archetype to play with IMO as it requires a lot of skills and knowledge about different cards.

Control decks are filled with mostly reactive cards so you should wait for the opponent’s moves to act.

However, if you use Furnace you may want to start with it.

Otherwise, you may use cheap cards to deal chip damage or just see what your opponent uses to counter your win-condition by sending the alone.

Shift to a more offensive mode now by performing stronger counter pushes. However, never let your defense be weak and focus on elixir advantage.

Be extremely careful on defense now and shift to the most offensive mode. Sometimes. Offense is the best defense. And use your spells mostly on towers and less on troops.

Yeah! We are more than halfway through the guide but the main thing isn’t started yet….so stay with me!

There are six good win conditions in Control Decks.

Miner: Miner is good in control decks as it constantly offers a good chip damage to towers and is one of the easiest cards( yet effective) to counter-push by placing it after a successful defense to tank for weakened troops.

Hog Rider: Hog Rider is a pretty versatile card as it used in nearly every archetype( nearly every cuz you can’t have it in siege decks. If you use it in it..it will become a Hybrid deck). Hog Rider is used for dealing huge bits of damage and a counter push when opponent is low will really punish them.

Battle Ram: This card is steadily becoming popular in many decks but I think it has the highest potential in control decks as it fits properly in the definition. It is good for chip damage even if it doesn’t connect as long as one barbarian hits the tower. When opponents low on elixir it really punishes them with charge damage and finish off with barbarians.

Graveyard: Graveyard is good in control decks because a graveyard used when opponent is low on elixir and troops left on defense tanking, and you have spells in hand..well you are guaranteed a tower because graveyard is devastating if not counter properly.

P.E.K.K.A.: P.E.K.K.A. is also good in control decks as it is good on defense since it deployment time was changed to one second. It is also a good tank and win condition. The slot method of P.E.K.K.A. control is slightly different than other win-conditions so you can directly scroll down below if you wanna read only about P.E.K.K.A. as I made a different section for her.

Spell Cards which give you Control

These are spells which somehow give you the ability to manipulate your opponent.

Poison: Honestly, Poison doesn’t manipulate the opponent since its slow-down was removed. But it is the only card which deals medium damage in such a big radius. Because of it you can damage a lot of troops with considerable damage in a large area which really helps in controlling.

Freeze: What is better type controlling if you can just stop the opponents cards whenever you like. It is strong on defense if you really can’t afford damage, especially in the last 10 seconds before OT. Also, a surprise with hog or graveyard when opponent is low on elixir is pretty strong.

Tornado: Last but no the least is the tornado. Pull troops together wherever you wish. Activate your king tower if you need more damage to defending. It is so versatile!

This are basically cards with a sort of special ability or effect (sorry, I couldn’t come up with any other name for it). These cards really help in control and you will understand what I mean when you see them.

Bowler: Bowler special effect is the push-back. It helps in control as it pushes small and medium size troops.

Executioner: Executioner doesn’t have a proper special ability but it is the only troop card which can deal ground and air damage in a wide linear area. and coupled with Tornado its insane crowd control.

Ice Wizard: Though, this guy doesn’t deal that much damage it has the very first special ability..the slow down effect. It slows down troops and buildings in an area by 35% along with dealing damage. Good Control.

Electro Wizard: Stun two troops at simultaneously and drop in the most dramatic way be dealing zap..good control.

In Control Decks, mostly these two buildings are used.

I always use the following slot method while building control decks. After this, I will give you examples of decks created with it for each win-condition. As I said before, slot method for P.E.K.K.A. control is different which you can see below.

Slot 5: Area damaging Troop(Valkyrie, Wizard,etc.). You can also use another splash damaging troop with special effect in this slot other than Electro Wizard( he doesn’t deal area damage). However, I recommend one of the Legendary Card in Slot 4 and the Epic Card in Slot 5 as this type of combination is stronger than 2 legendary or 2 epic.

Since Furnace and Inferno tower are different types of buildings, the card type in slot 8 is different for both.

Another Cheap Spell (Zap, The Log, Arrows). Tornado can also be used here as it is cheaper.

Now that I have explained the slot method I will show you decks with it.

This is the deck I use currently and have already posted it here.

The slot method for P.E.K.K.A. is different because it is not a dependable win condition. So, you gotta use it with other win conditions. Also, in these decks, she acts not only as a win condition but also as a tank and tank killer. And for the same reason use furnace in the building slot as it synergies well with her.

This is powerful deck I created and I chose this to be posted instead of hog or miner as they are already popular so this will be different,

See, seems pretty strong again, right? Also, I think I should explain why I use Minions in every deck and that’s because they are pretty versatile and cheap. Also, It is my favorite card.

So, Hope you guys enjoyed this pretty long guide about control decks. Ask me about anything in the comment section below! 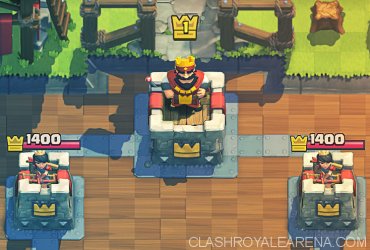 What’s up, Corrosive Logic here with another guide, How to reach Arena 7 as a level 1 player. So first of all I just want to quickly say that I’m … 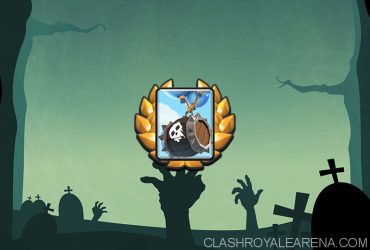 Basics about the Skeleton Barrel Skeleton Barrel is a common Card which targets buildings, costing 3 elixir and unlockable from Builder’s Workshop (Arena 6). Once destroyed, the barrel spawns 8 …