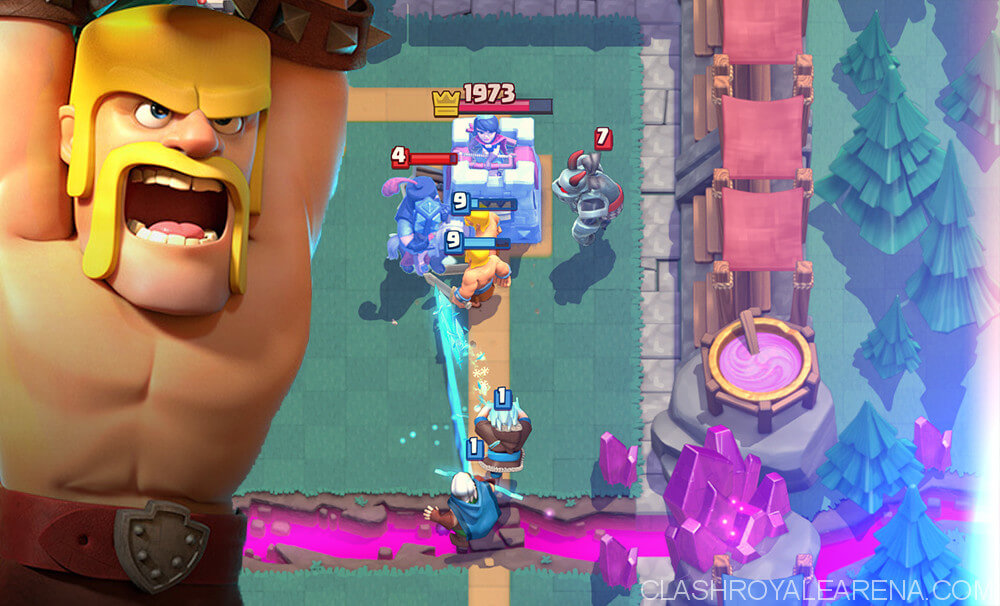 Welcome to My Fortress

“Back where I come from there are men who do nothing all day but good deeds. They are called phila… er, phila… er, yes, er, Good Deed Doers.” – The Wizard of Oz

You’ve heard of the brilliant Wizard up on the hill who jealously guards his secrets in an impenetrable magic fortress, guarded by all manner of arcane tricks.

Usually with a bunch of floors and for some reason, increasingly more difficult traps and monsters that allow you to level up along the way.

Dragons need a whole treasure hoard. A hoard. You can’t risk some lucky hobbit stealing a ring of invisibility on floor one. Dragons go at the top.

The legends of old don’t do me justice my friend. And for the low low price of one tiny sliver of your soul I’ll share my secrets with you.

The most powerful and sneaky control deck known to man with a surprisingly strong offensive potential.

What’s that you say? Impossible? SILENCE WHIPPER-SNAPPER! I’m a gosh darn Wizard! Get off my beautiful life-sized marble chess set with pieces that watch you as you move!

Show me the cards you troll!

“There are some things you can’t share without ending up liking each other, and knocking out a twelve-foot mountain troll is one of them.” – Harry Potter

“The highest ideals are human intelligence, creativity and love. Respect these above all.” – Penn Jillette

So this deck is based off of a deck shared by AveragePichu as a 20 win CRL challenge deck:

It’s good stuff, and if I didn’t think it was a great deck I wouldn’t have modified it to end up with my deck. Pichu is better than me at the game, and rumor has it both taller and better looking, so I won’t feel bad if you like his/her/its version better.

So the original deck is great, and makes use of the undervalued Hunter card. But if you know me at all, you know I’m a freaking 2 cent trollop for the shiny new hotness. Especially if that card is unpopular.

Well I wanted to use the Magic Hunter as a serious win-condition.

Which if you read my Magic Archer guide, is very much possible, if you pack a Tornado. So I changed the Pichu deck. I used Tornado instead of a Zap.

And because the Hunter is awesome, but as some learn the hard way “not a splash troop”, I thought I should replace him with a splash damage troop, since those love Tornado so much.

Well, I’m losing serious DPS by replacing the Hunter, which is how I came to Ice Wizard, whose slow effect, especially when combined with Tornado, more than offsets his low damage as a defense.

“People are stupid; given proper motivation, almost anyone will believe almost anything.” – The Wizard’s First Rule

So there are 3 primary ways this deck wins, if you’re familiar with Tempo (A.K.A. Bridge Spam) this has several cards that are quite good at just dumping attack cards at your opponent.

“Here is your flaw, Shaitan, Lord of the Dark, Lord of Envy, Lord of Nothing, here is why you fail. It was not about me. It’s never been about me.” – Rand al’Thor

If you’re familiar with Control style decks this card also has several cards that are quite good at it. This deck can play defend-and-counter-attack quite well

“Surprises seldom grow more welcome as one gets older.” – Elminster

So what is this deck? It’s the ultimate control deck. Even more than my old Ravager Deck, this deck has the ability to just decide “no this is how we’re gonna play for the next 30 seconds.”

Wanna defend and beat through that beat down?

No freakin’ problem, slow/stun plus splash-nado and you have both Elixir advantage and surviving troops.

Forced to play defensively all game?

Well you can chip him out.

Do it. This deck will let you go from low key space pirate to full on Reaver in less than 10 Elixir and your opponent is never ready for that change up.

It can play tempo, beat down, control, and siege chip all at once and while it isn’t a master of any game mode, it’s capable of emulating any of the major deck archetypes, and most importantly, switching between them to suit you current need.

So right! The PLAN!

Your opponent can make any move they like, and you have the ability to respond in a way that benefits you.

If Control decks are defense, and Tempo are offense then this deck is just Doffensive. NO I will not apologize for that word!

How Do I Start?

“A Wizard is never late, nor is he early, he arrives precisely when he means to.” – Gandalf The Gray

This deck allows you to start fast or slow, depending on your starting hand and your mood.

In this deck, there really are no “bad” starting hands. Almost any starting hand or card rotation is perfectly fine for you, and that is largely true throughout the match.

If your opponent is the type to throw you off your game this deck is amazingly good at adapting to any scenario..

This deck plays best once you understand your opponent’s strategy.

As with almost any deck, start by waiting for 10 Elixir. The best starting moves are either small probing attacks, or a slow-moving investment that will allow you to react to your opponent.

In no particular order I offer all of the best starting moves:

Oh gods I started. Now how do I win?

“If you think you’ve gotten a good deal from a Deveel, first count your fingers, then your limbs, then your relatives.” – Aahz

The main goal with this deck is “stay in control”.

You can do this by wrecking your opponents attacks and using the counter-attack, or just by placing a spam attack and forcing your opponent to abandon his cards already in play.

Your objective, should you choose to accept it, is to exploit your opponent’s play.

Your opponent will make moves, and you will destroy them by cheating them out of those moves and stealing thousands, possibly billions of damage.

What is your opponent’s Deck?

Build Up A Defense to punch them on the counter-attack

Pound their face right now for the fun of it

Chip them out because cheating is fun

One Shot One Kill. (Hey look, chip damage! I’m better at it tho.)

YOU SHALL NOT PASS (You Can Out-defend them)

Magic Archer them because cheating is fun.

“I mean, it’s sort of exciting, isn’t it, breaking the rules?”- Hermione Granger

Split it because WTF is siege anyways, like a crappy Goblin Barrel?

I consider 3 Musketeer a unique deck.

It is largely a bait deck, but instead of chipping it is a split-push+beat-down all at once.

Sorry about the lack of GIFs, the Musketeers appear to off fighting the enemies of the French people right now, I haven’t got a single replay to show.

Since the deck basically plays “Pump in the back as spell bait, drop Musketeers at some point”

This deck you Poison the Pump, to avoid a ridiculous Elixir advantage. If you just spent Poison, instead dive for the throat.

When the Musketeers are in play you can defend pretty effectively with a Magic-Nado combo on the 2 Musketeers side, get it out there early so you can use the piercing to plink the Tower.

You’ll probably bleed a bit on the one-Musketeer side but what you’ll play into it depends a bit on his combos.

“Enough! You are, all of you are beneath me! I am a god, you dull creature, and I will not be bullied by… ” – Loki

Sparky: Sparky is just a trash can on wheels! But you really have no ways to shut her down.

She isn’t even popul-BOOM-ow. Your ability to split troops is limited to the Zappies, you have no cheap sacrifice troops, and you have zero resets in this deck.

Your best move will be to kill it before it closes range, and she’s tanky as heck, so it’s not easy.

Battle Ram can tank a shot to produce two brutal Barbarians who will wail on her, but that’s almost never enough unless you’ve already injured her or the Tower is helping.

Accept that this is a rough match. Do your best, and don’t feel bad if you lose this one.

Over-Levels: There are a few interactions in this deck that matter.

And because this is a legendary-heavy deck you’re bound to see some of them. Namely, interactions where the Ice-Wizard takes two shots to kill Skeletons/Bats, or Royal Ghost takes two hits to kill Goblins will have a brutal impact.

Okay jeeze, I too feel like this went on too long, so I’ma shut up now.

As always, love your feedback, and if you’ve got a Reddit account, hit me up at /u/DArchAngels13. I’ll read up the comments here for a day or two, but I don’t get the notifications, so if the guide is old, sorry I missed ya.

Hit me up with hate, if you’ve got a good criticisim. I deserve it.

Hit me up with love, if you liked anything.

Hit me up if you’ve got a good question and you feel like anyone in the world might want to know the answer. I try to edit in good commentary.