This page gives you all information about Clash Royale Update since the game released till now. After weeks, mainly because of loads of requests from players, I decided to create this special Clash Royale Update page so you can track things down easier.

I am going to sort this Clash Royale Update page by “Most Recent”.  If you want to read everything about the old updates Clash Royale, just scroll down to the bottom!

Season resets every 2 weeks. All players above 3000 trophies will be reset to 3000

This is the review I wrote a long time ago, the first days when the game released

Clash Royale was introduced by Supercell, the creator of Clash of Clans, on 4th January 2016. This game is made based on not only Clash characters but also lots of new members. Collector and upgrade your favorite cards and upgrade them to defeat your opponent and get higher in Arenas. At the moment, there are 58 cards in total (Troops, Spells and Defensive Buildings), which brings into the game tons of strategies. Obviously Supercell is going to release lots of new cards in the upcoming Clash Royale update. Not only that, you can either join or create your own Clan, recruit members, request and donate cards, launch Friendly Battles and your own Clan Tournament. Sounds interesting? Yes, because this is one of the best games ever!

We all are more or less mobile game addicts to some extent. These games come as saviors in long hours of boredom and provide just the right amount of entertainment when we need to kill time aimlessly. Clash Royale tops many of our lists of most-loved mobile games that we have spent hours on. The game is nothing short of a sensation, just like Clash of Clans. So, therefore, just like Clash of Clans, they will have a series of similar games which will be inspired by the original version. Though we are not saying it is a negative matter, since the tactics of the game as well as the combinations of the genres that they have used in the game is very suitable for a mobile game.

Since we are attempting to provide you with a wholesome review, we are assuming that it just be that this is the first time that you are hearing about Clash Royale. So we can describe it as a card game and we will make it very easy for you to understand that. Let us describe it in a very simple manner. Your card will just represent real-time strategy units which are game-like in nature. So these units will be dropped on the MOBA-ish battlefields which have multiple lanes as well as two towers along with a base. You need to defend your own and attack them too simultaneously. We can understand that it might sound complicated to you, but as far as Clash Royale is concerned you do not need to have any knowledge of card games or MOBAs or even RTS games or even the emergent strategies pertaining to any if the genres, since everything has been channelized in a very accurate manner.

If you want it to be explained further, let us give you the example of Hearthstone. In that game, the players have to collect numerous cards which are scattered across many classes which are, in turn, employed in a thirty card deck. Even if you have never played such a game, consult the Hearthstone tutorial. The game Magic has sixty cards which are more difficult to manage than the thirty cards.

Relatively in Clash Royale, the players get to choose eight from about a dozen cards in order to build a deck. You need to tactfully unlock the tiers of cards available. The RTS, as well as the MOBA elements, are broken down into simple terms. The success of the game depends on the speed with which you can arrange the units not how cleverly. All you have to do is to drag the cards from your hand which brings the card’s unit to the battlefield. You have to be careful about positioning the units since some of them might want to target structures while the other units might hit the thing that is closest to them. The casting cost attached to the cards increase with power level but if managed properly, the costly cards can be countered by the ones which are cheap and employed at the right time.

One of the first Epic card of the game is the Prince which costs about 5 Elixir to play and then it will move towards the closest unit. So a typical game of Clash Royale will need you to choose your eight cards which will probably come together with the aid of some strategy along with answers to some of the threats that you can be subjected to. You have to search for an opponent who preferably has the same level of the trophy as you, then dump out the cards and knock down a number of their crown towers as well as defending your own at the same time. The final step would be to demolish your opponent’s prime King Tower. There are other obstacles like the leveling-up system that is applicable for both the player as well as the separate cards. When you upgrade a card, you always get awarded a “King Level” which renders your in-game towers more powerful and will bestow you with more hit points. The mire you gain access to the cards, the more the complications arise. Just like Clash of Clans, you can join clans too but it will only increase the hurdles. Up to fifty players have the option to band up together in order to donate a number of cards to each other. The rank that you have possessed against your enemies is dependent on the number of trophies that you have collected.

Also, if you want to see what the look of a top-tier play is, Clash Royale has a collection of replays that they have which is called “Royale TV”. This is a great feature since it enables you to take note of the cards that are in use, but you do not have them yet. Also, you might not have thought of strategies for the cards that you already possess. It is highly likely that you see players in Royale TV who have spent hordes of money on the game, but let us tell you that it is totally natural. If you are a free-to-play player, the things that you see can be super beneficial. Royale TV has been updated a few times now to show players the best matches in game but I think there will be a very big Clash Royale update for this feature soon!

The ardent fans of Clash Royale will tell you that there is hardly a thing that you will not love about the game. You can play the game for weeks without spending a buck. Supercell has released a few new cards so you do not need to worry about the stagnating card pool. So you can look forward to the schedule they prepare when there is new content. This game is a wonderful hybrid of card games, MOBAs as well as strategy games. It is one of the top apps which comes absolutely free and has steadily climbed to the top of the charts raking in huge profits. This style of playing games has become very popular and can be thoroughly enjoyed.

Clash Royale is truly an outstanding video game. Hopefully Supercell will release lots of great update for Clash Royale in the future to keep the game fresh.

Okay guys hopefully you have found this Clash Royale Update page helpful. Don’t hesitate to comment If you have any advice or question! 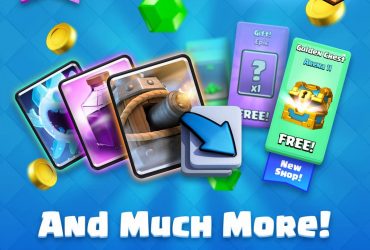 We are going to have a revamped in this huge Clash Royale October update! Want to see more about it? Let’s go! Free Gold, Cards and Gems I want to … 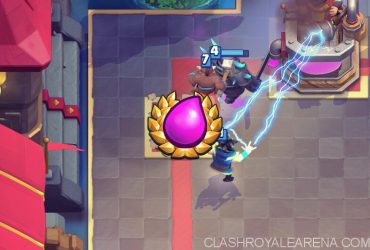 Best Tips for Double Elixir Challenge Although this is pure x2 Elixir, you still want to keep your deck’s cost at a relatively manageable average cost, which is ideally no …