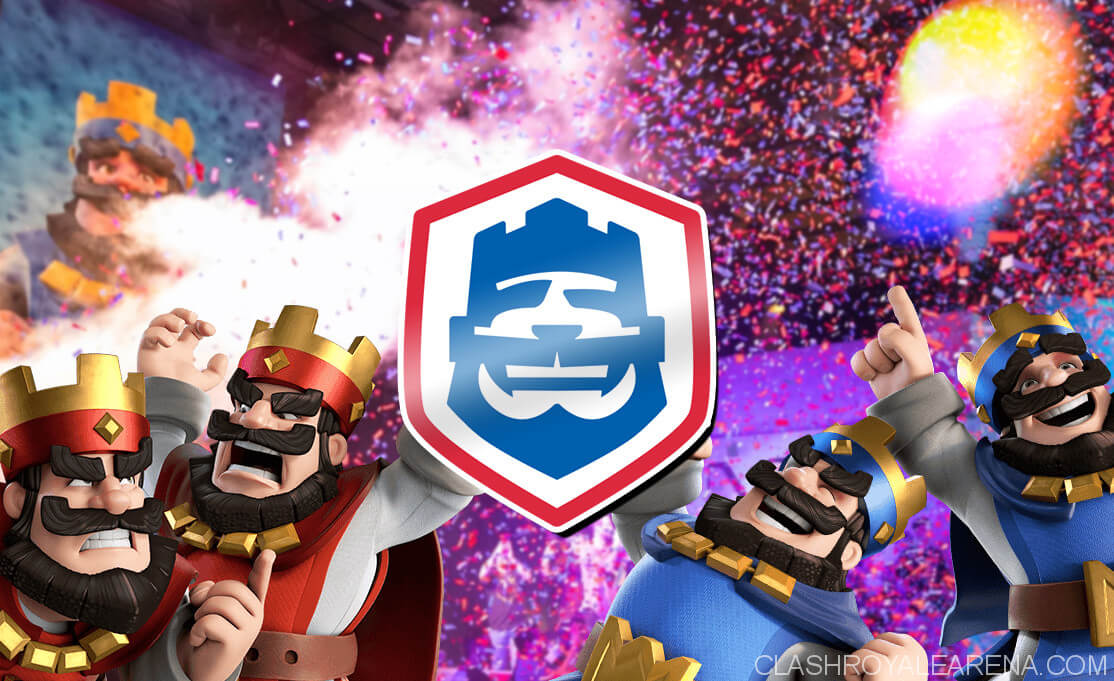 Don’t necessarily play your ladder deck unless it also shines in tournament play.

A lot of people run certain decks for ladder with cards that might not work well with the Tournament Cap.

This is because some cards give the significant change once leveled up (for example, Royal Giant and Elite Barbarians)

At Tourney Cap, it is essential to either stick to a deck that you have a lot of success with at tourney cap or a proven meta deck that you feel comfortable to play with.

Practice with the deck first and with different match-ups

Lets say you are mainly a ladder player with little Challenge experience. Rather than smacking together a deck that people have success with and playing poorly, practice with clanmates or friends via friendly battles.

Play against different decks and see how you fare vs them.

You might want to practice against hard counters and tough match-ups in general due to the rock paper scissors nature of the meta.

Get as many games under your belt as possible with the deck you plan on running.

Unlike Grand Challenge, where it costs 100 gems to enter, this gives you 3 free entries. To maximize the value, do the best in your free tries.

However, since the next entries cost only 10 Gems each, play until you get 20 wins!

Do not use the deck which has many hard-counters

Golem decks have been dominating for a while now throughout so many metas.

However it does have quite a lot of weaknesses: Executioner Tornado being one, 3 Musketeers, (arguably) Bridge Spam, P.E.K.K.A Etc.

Because of this, despite Golem being solid on the ladder, in an all-or-nothing situation like this, where you will ideally want to get 20 wins on the first try, it’s best not risk it by running a deck which has so many hard matchups.

Right now, there are so many decks out there can counter this deck, including the 2 below.

Lavaloon and Loon Cycle work too If you are a fan! See a lot more in the last section below.

The X-Bow 2.9 deck is better against the meta P.E.K.K.A Zappies Hut deck. You can easily outcycle their only counter to X-Bow, P.E.K.K.A, and you don’t have to deal with massive counter pushes. Simply push on the other lane because you don’t wnat to deal with Poisons. Keep in my the Flying Machine’s rotation.
– WarpHunter

The previous tips have all been about adapting to the meta.

But if you are someone who has experience with Challenges and has an above average level of understanding to the game, you can have a crack at making your own deck!

Remember, meta decks came from someone somewhere. Who knows the next meta deck might be a deck made to counter this meta?

When creating a deck, keep in mind what popular decks this meta has and include counter cards.

Now unlike regular Challenges, this challenge has 3 free entries and also its cost is low (10 Gems).

At the beginning, majority of the player pool will be retrying this challenge.

After the first days, casual players will will stop playing the challenge, which will reduce the amount of the player pool.

The better players will be the ones who ended up dedicated and retry the challenge until they get 20 wins.

In order to have a high chance, you will want to play rather early into the challenge. I would say within the first 2 days or so.

Also, don’t play on Sunday when you can meet lots of good players. It’s way too intense.

Don’t worry about changing your deck

Now this challenge could have 23+ games, that means you are bound to notice trends.

In the first few matches, maybe the decks you facing will be diverse because of player poll. Thus, using meta deck for the first matches is not a bad idea at all. It helps you destroy inexperienced players easily.

However, as you are getting more wins, you will start facing meta decks and the counters. This is when you want to change your deck.

What If you run a deck like X-Bow and people only seem to run beatdown? Try maybe control with P.E.K.K.A or Inferno Tower with work out for an example.

If you are a free-to-play player, check out the best decks for you in this Challenge at here!

If you use the Meta P.E.K.K.A Miner Zappies deck and got a mirror matchup, follow these tips

Never play yours first. You want their P.E.K.K.A to walk to your side, where your tower will assist in the fight, and have your P.E.K.K.A come out on top, giving you counter-push potential.

When you have matching Goblin Huts, watch out for their Flying Machine

They’ll usually put it in the middle to snipe your Hut. Quickly place your own Flying Machine to snipe theirs safely, so that yours comes out alive.

Then, after the skirmish, your Flying Machine can peck away at their Hut unhindered.

Miner is surprisingly underrated on defense

I know some pros see it as “bad form” to need to defend with a Miner, but he’s the perfect defender against Royal Ghost, as he’ll survive with some health, giving you a small counter-push.

So don’t feel guilty about needing to use Miner on defense, especially in the early game.

Try to always get added value with your Poison.

Some people love to Poison just the Goblin Hut and Tower, but I rarely do that unless my cycle is awkward.

Instead, I might send my Miner at the inside corner of their tower (in between the Hut and the Tower, but closer to the Tower), then immediately Poison the Hut and Tower.

This is because I know they’ll place defensive units to defend my Miner, and my Poison will catch that, too.

Don’t bunch up all of your units together.

When they do inevitably Poison, only then, feel free to spam your units – especially Zappies and Flying Machine – all in the same lane.

A Royal Ghost backed by Zappies and Flying Machine is a surprisingly scary push when your opponent can’t Poison it all.

Above all, be patient. Against good players, the games will run long into overtime – it’s not uncommon for double elixir to start, with only 300 damage to each side total.

Avoid overcommitting on big offensive pushes, as that’s the key mistake most players make in overtime – they feel the need to “go for it”, but their opponent is still at full elixir, and can easily defend your push.

Instead, use your half-alive troops after defending, and then supplement them with a batch of fresh dropped troops, for a huge counter-push that’s much harder to defend. 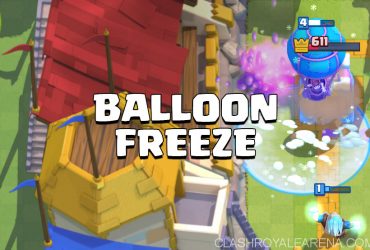 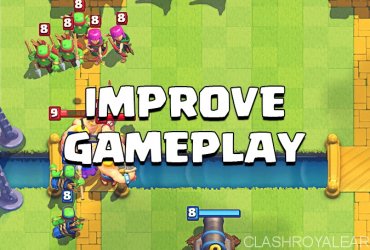 Hello guys, I have received a lot of questions about improving Clash Royale decks or people getting stuck in some certain Arenas lately. You know what? Sometimes It’s not because …